Part 10: Building A Treehouse In The Garage

Readying things for a quick spring build of the treehouse

As fall fell, I took the opportunity to do a little pruning — specifically, one big branch that was right between the two main treehouse beams. I’d been holding off, imagining myself building the treehouse around this “little” branch, but it really was going to be in the way of a lot of things. 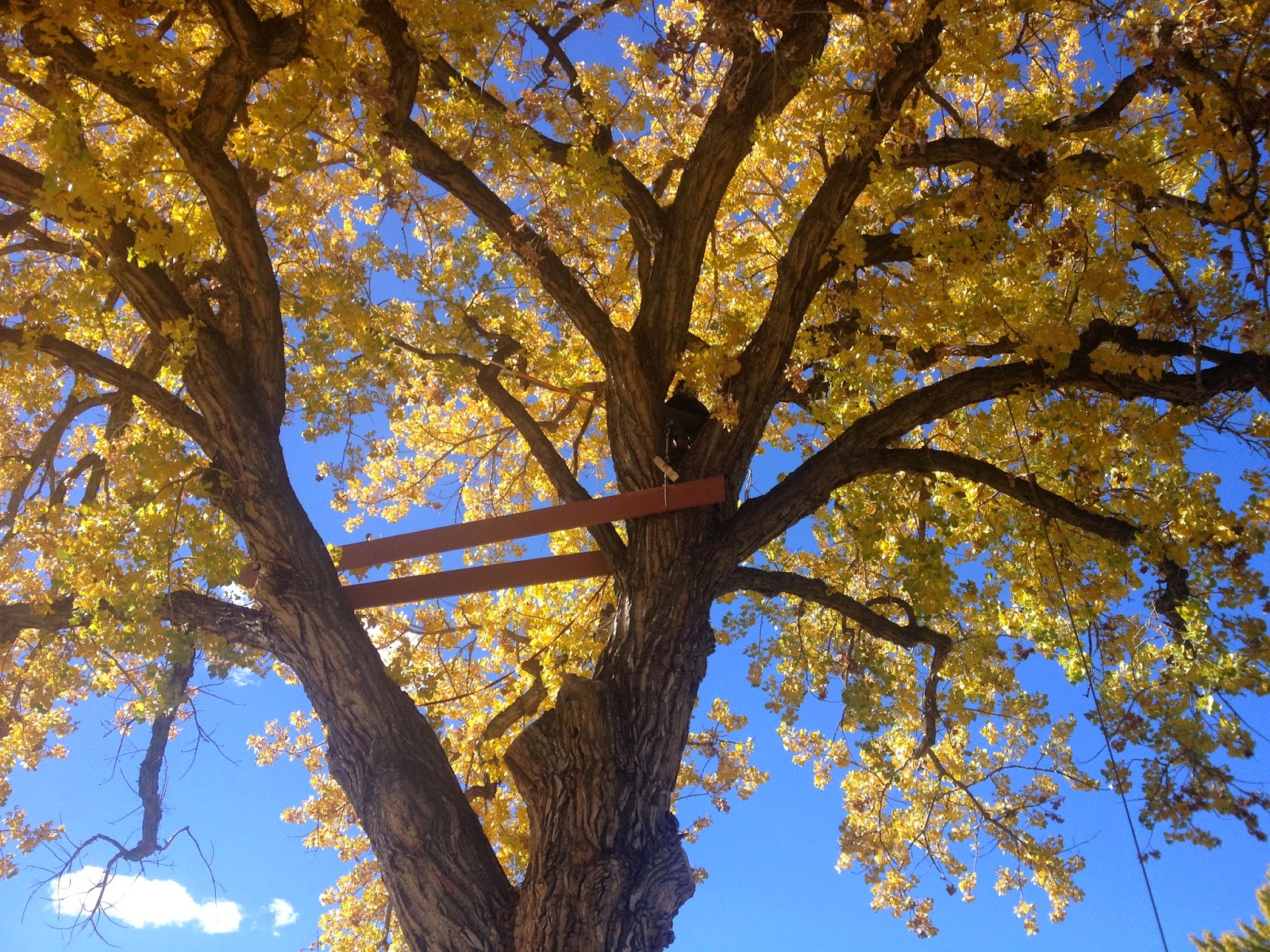 Right in the way.

Time to take that “little” branch down.

Glanced off one treehouse beam on the way down. No damage, thank goodness.

So we left the beams up all winter. We contented ourselves with knowing they were there — and with the still-awesome rope swing. My daughter discovered she could wear her harness and really swing high! 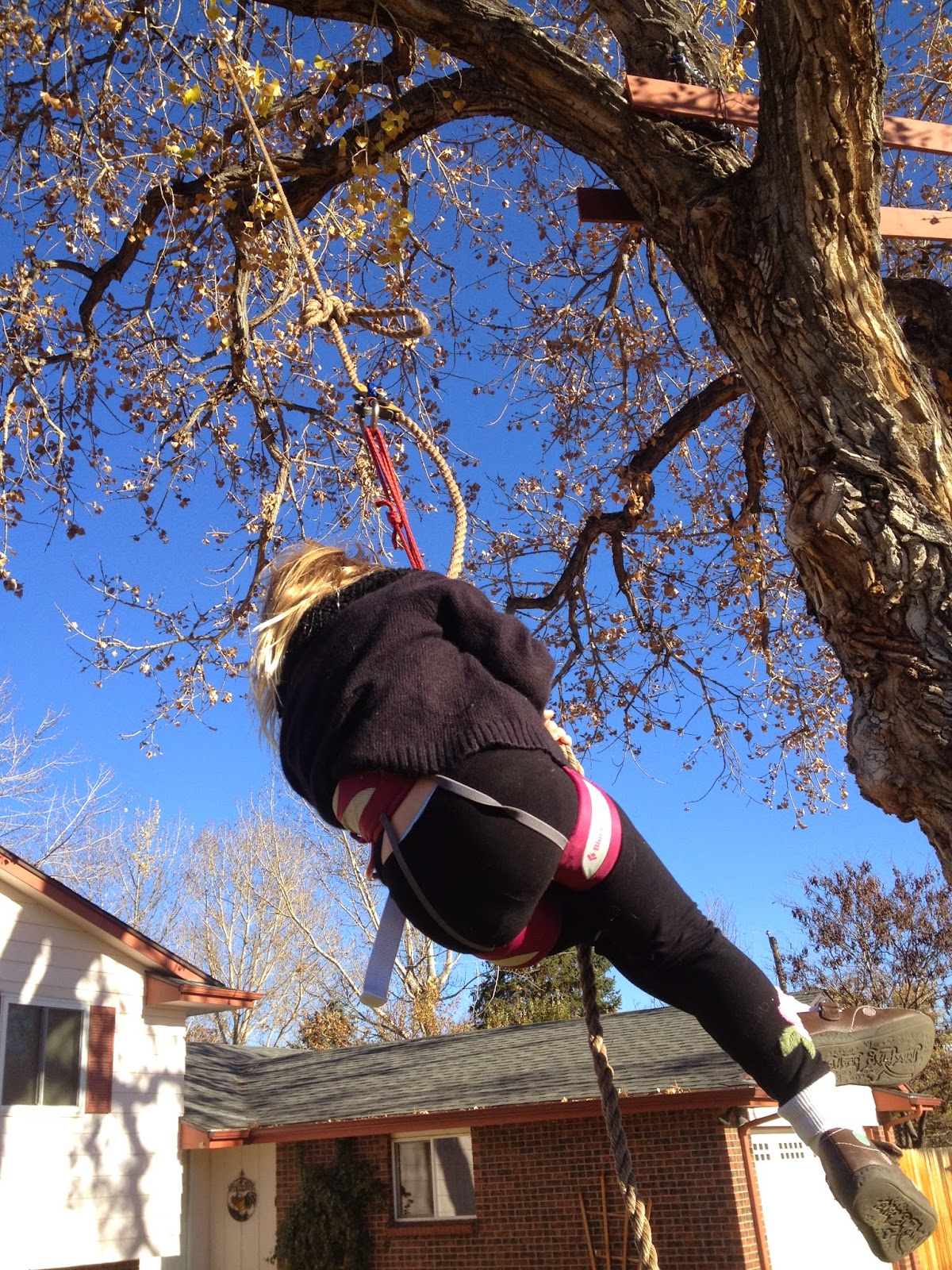 I started building the floor framing in the garage, so weather wouldn’t be a problem.

The basic plan was to build the thing as big as I'd estimated I could fit in the tree at the height I wanted -- about 8 feet by 11 feet -- using the 8-foot 2x6 boards I’d salvaged from the Craigslist free deck, augmenting with new boards when necessary. For a 2x6 floor, I elected to keep the spacing very narrow — 12 inches on center — to give it as much stiffness as possible, while still making it workable.

I also wanted to use as much good fastening hardware as I could, so I went with joist hangers on every board instead of just end- or toe-nailing things together. Joist hangers are relatively lightweight and add a lot of strength — assuming you install them correctly. If you want to take full advantage of their rated strength, you’ve got to use nice thick nails like the instructions call for — if you use screws, you won’t get a fraction of the strength. 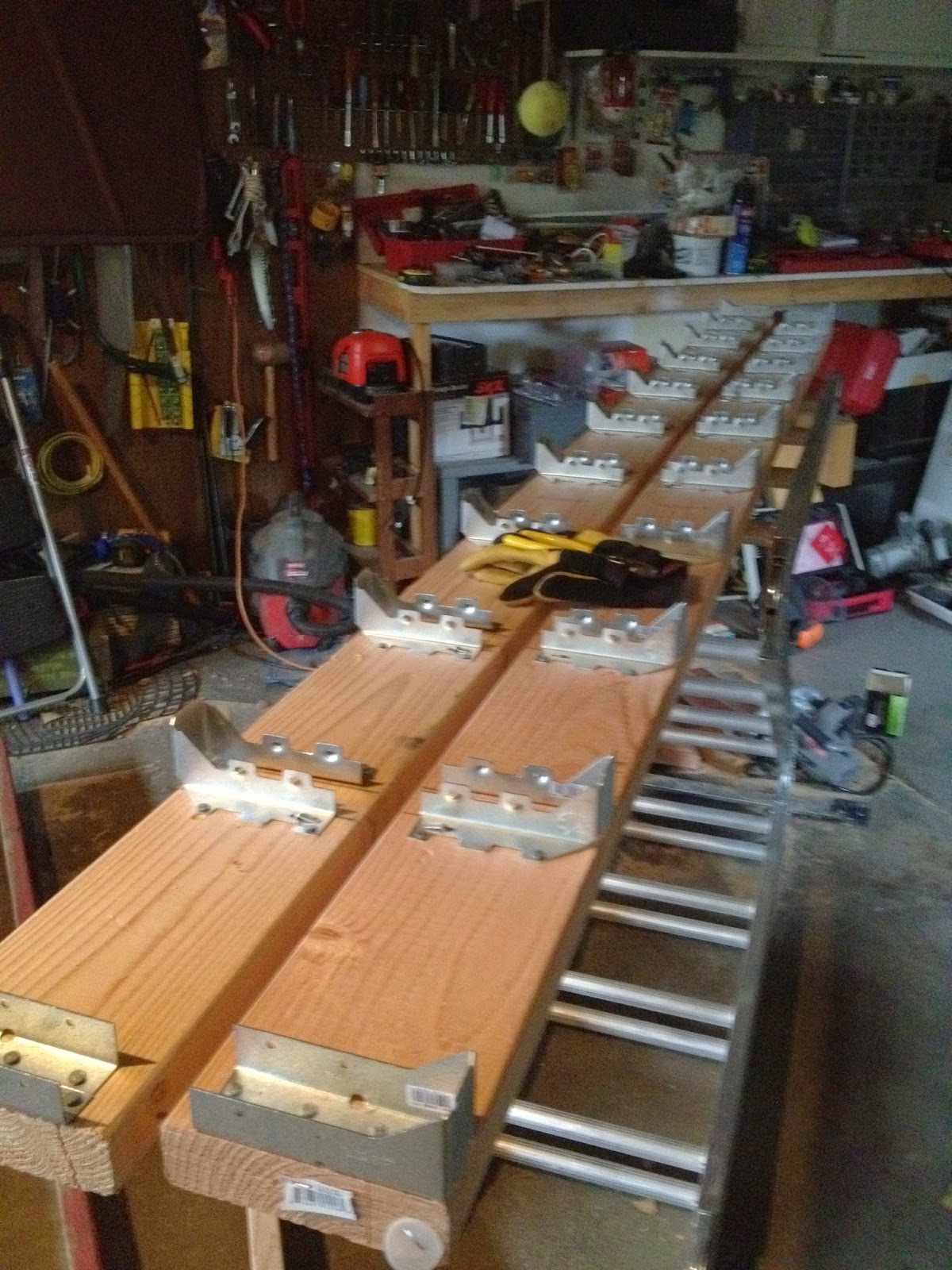 That's a lot of nails.

Since I’m fairly incompetent with a hammer — and since I knew I wanted to drive a lot of nails, both on the ground and in the air, I invested in a great tool called a cordless palm nailer. They make these for air compressor tool setups as well, but that would be a long, long hose up to the treehouse later. Plus the cordless nailer was relatively light; it did a great job getting a half-dozen nails into each joist hanger for me. 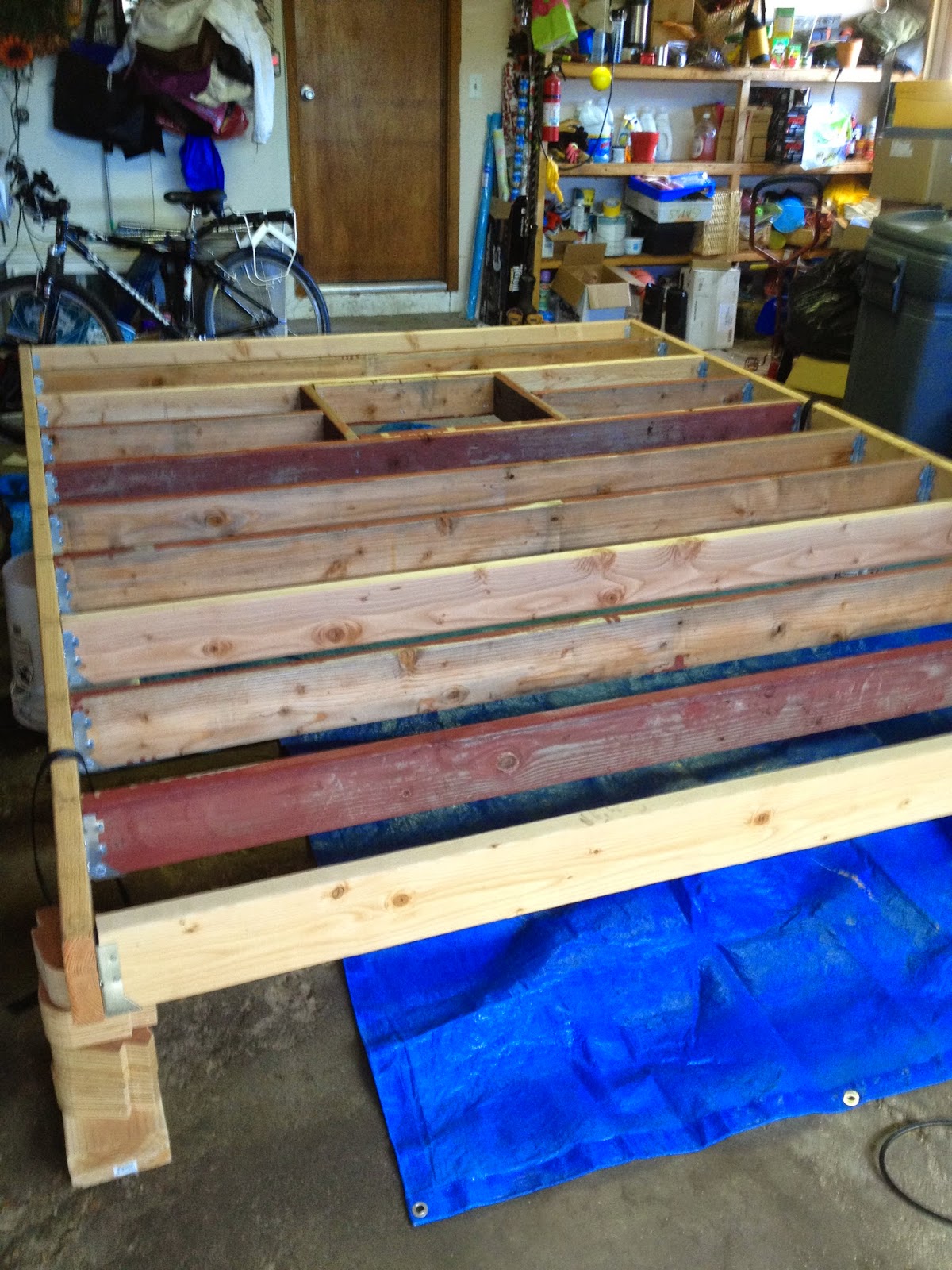 Can you spot the five pieces of new lumber?

After it was together, it was time to paint it up. More from the leftover dark pink bucket — and my helper! 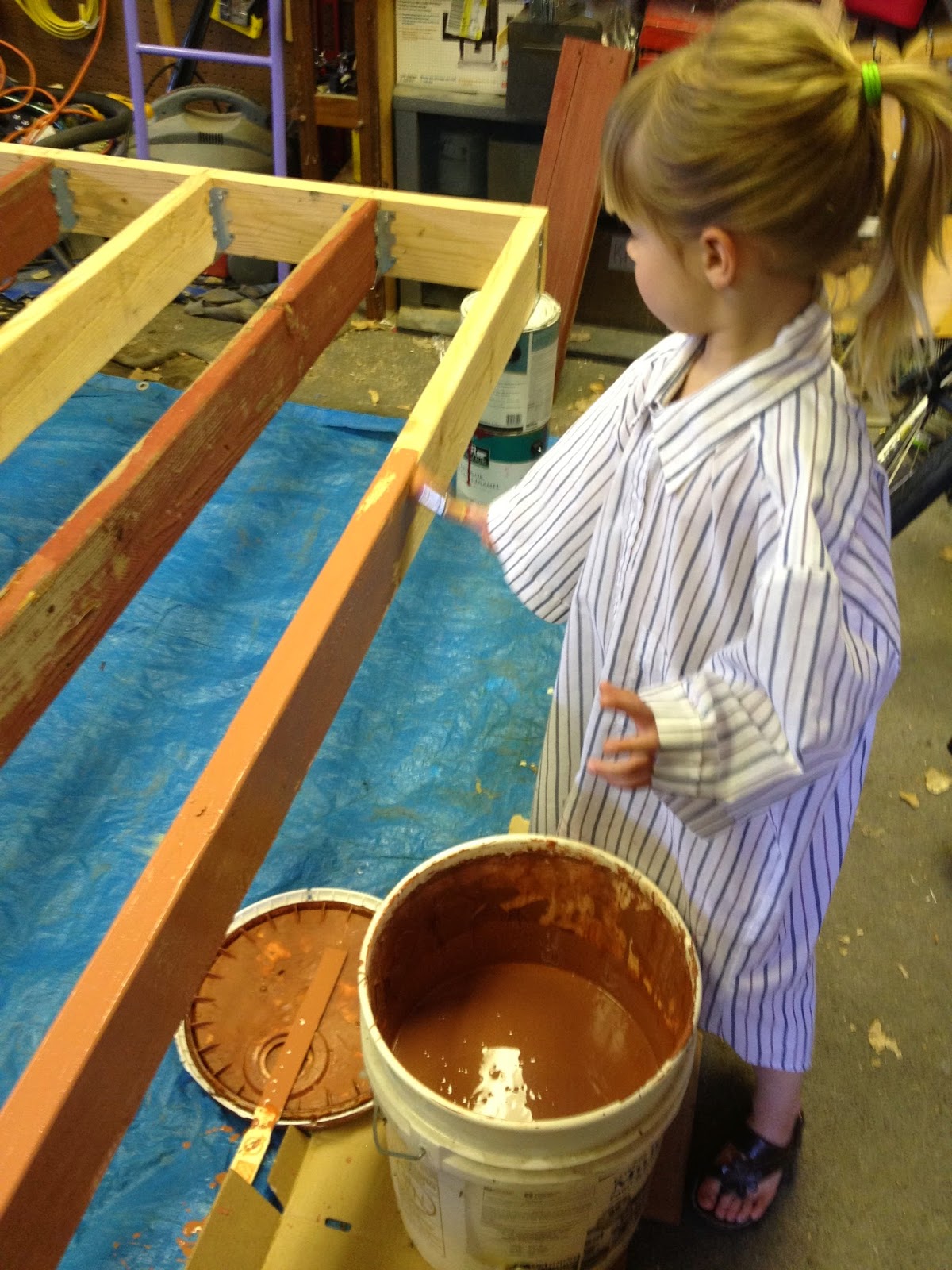 The final result included a framed box for the trap door, which would eventually be the only way to get in and out of the treehouse. 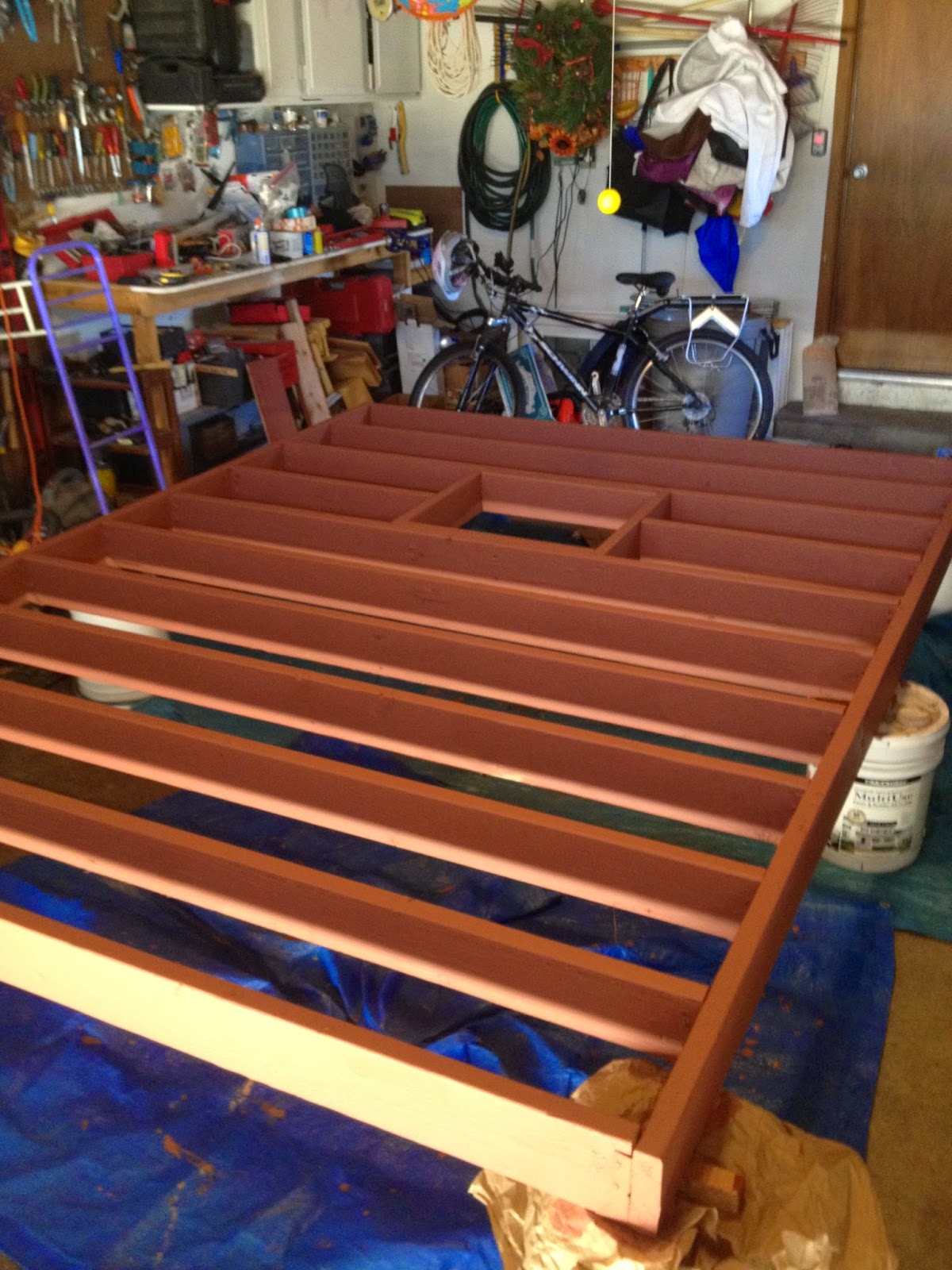 A thing of beauty.

With other responsibilities, I was starting to feel the pinch of time constraints; I really, really, really wanted to get this treehouse finished in time for my daughter’s birthday at the end of May. But I still had a lot of details to work out. How would I design the house itself? How would I get kids to and from the thing, 30 feet in the air, safely? 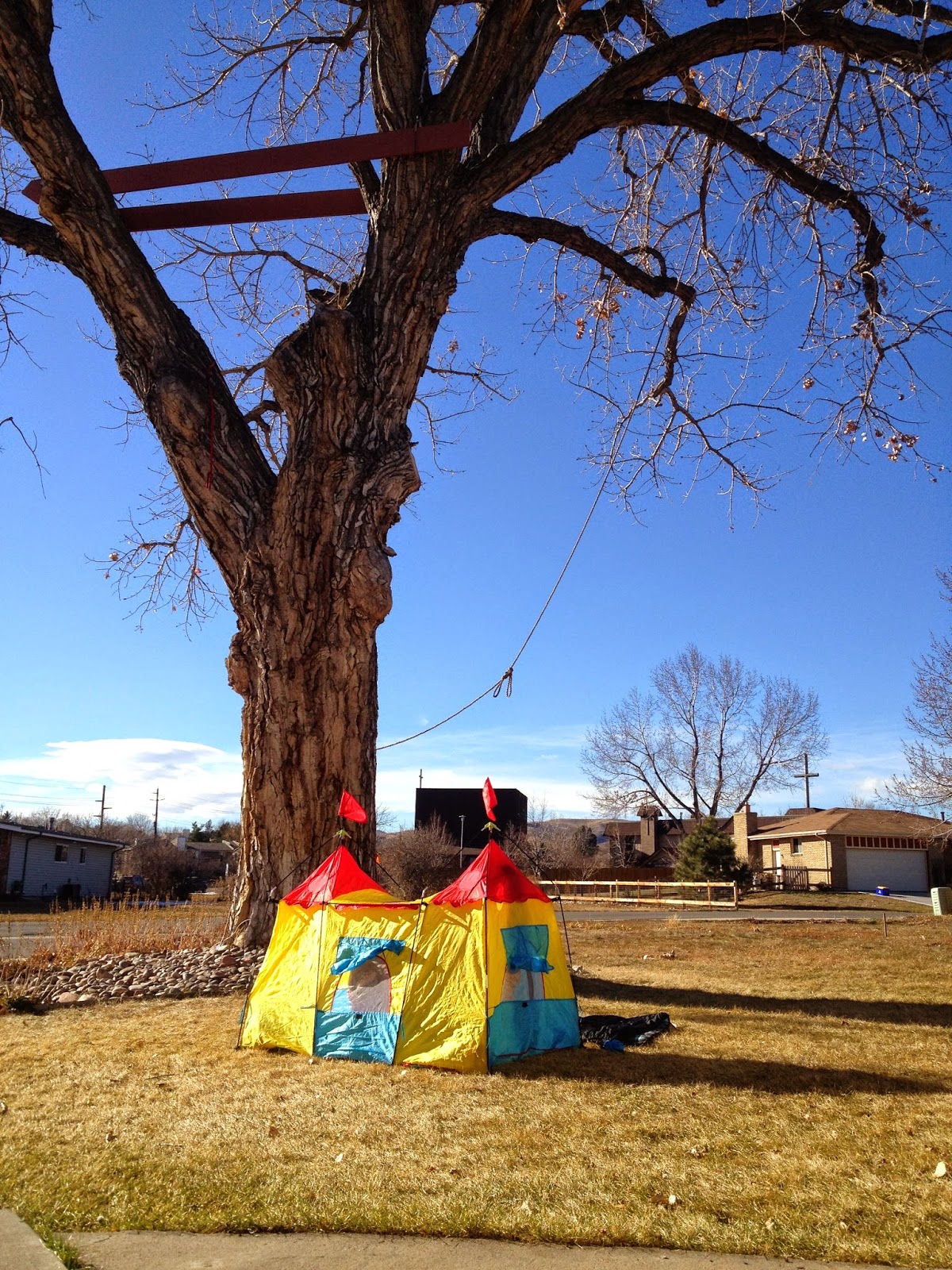 Tent cities sprung up in anticipation of the answers.

On the first I decided to cut a quick little corner; I needed a kit, something to save me a lot of time. Not a treehouse kit, exactly, but a kit nonetheless. And I believed I’d found the solution.