Hauling up a bunch of lumber for the treehouse floor

It was starting to look pretty neat, both from the ground and from the treehouse platform frame. 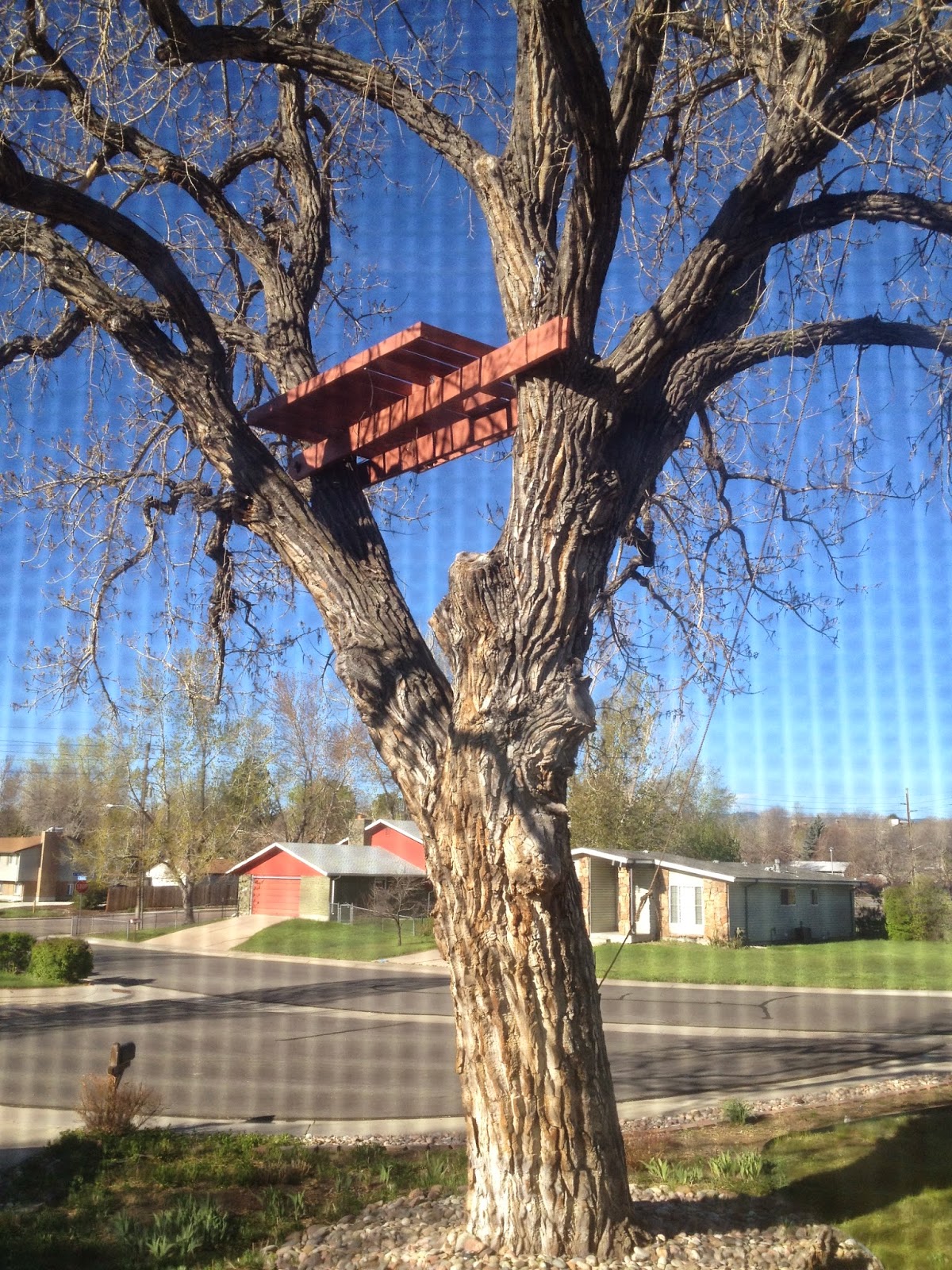 And from my second-story bedroom window, through the screen.

The next big order of business was securing the floor framing to the main treehouse beams. I decided to use the cordless palm nailer and put as many hurricane ties in as I could, on both sides of the beams. I wasn’t really worried about it tipping off, but better safe than sorry — and if you’re going to do things, overdo things. 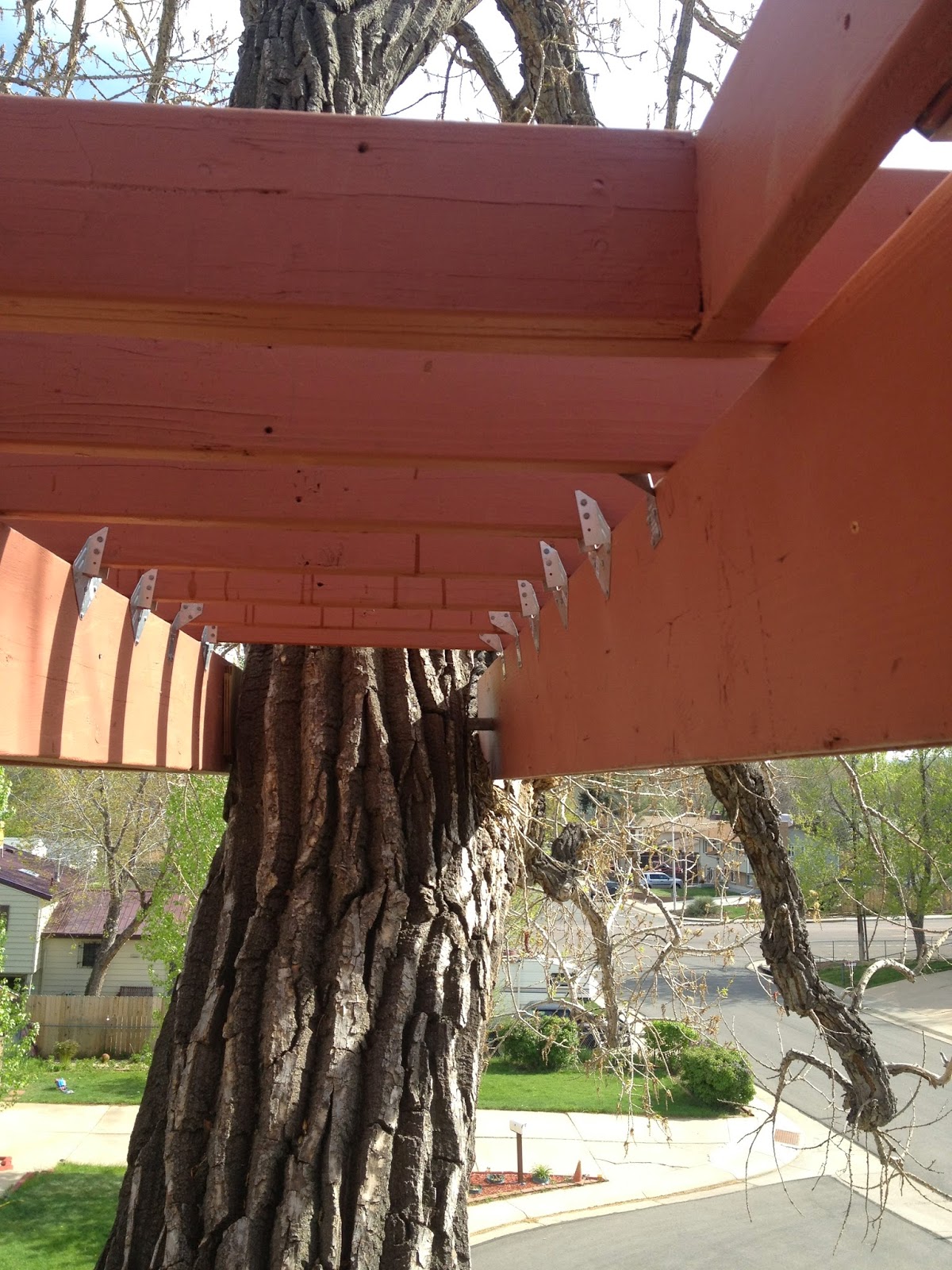 Next, I planted myself in a half-decent spot in the tree and hauled up deck boards, one at a time. Instead of the cord I'd used raising the treehouse beams, I used climbing rope. My wife would run a lasso strap around each board, I’d lower the rope, repeat until they were all stacked on the frame. I also brought up the big 4x4 posts (and their carriage bolts), and the jigsaw — since I’d be cutting the deck boards to fit around the 4x4 posts. 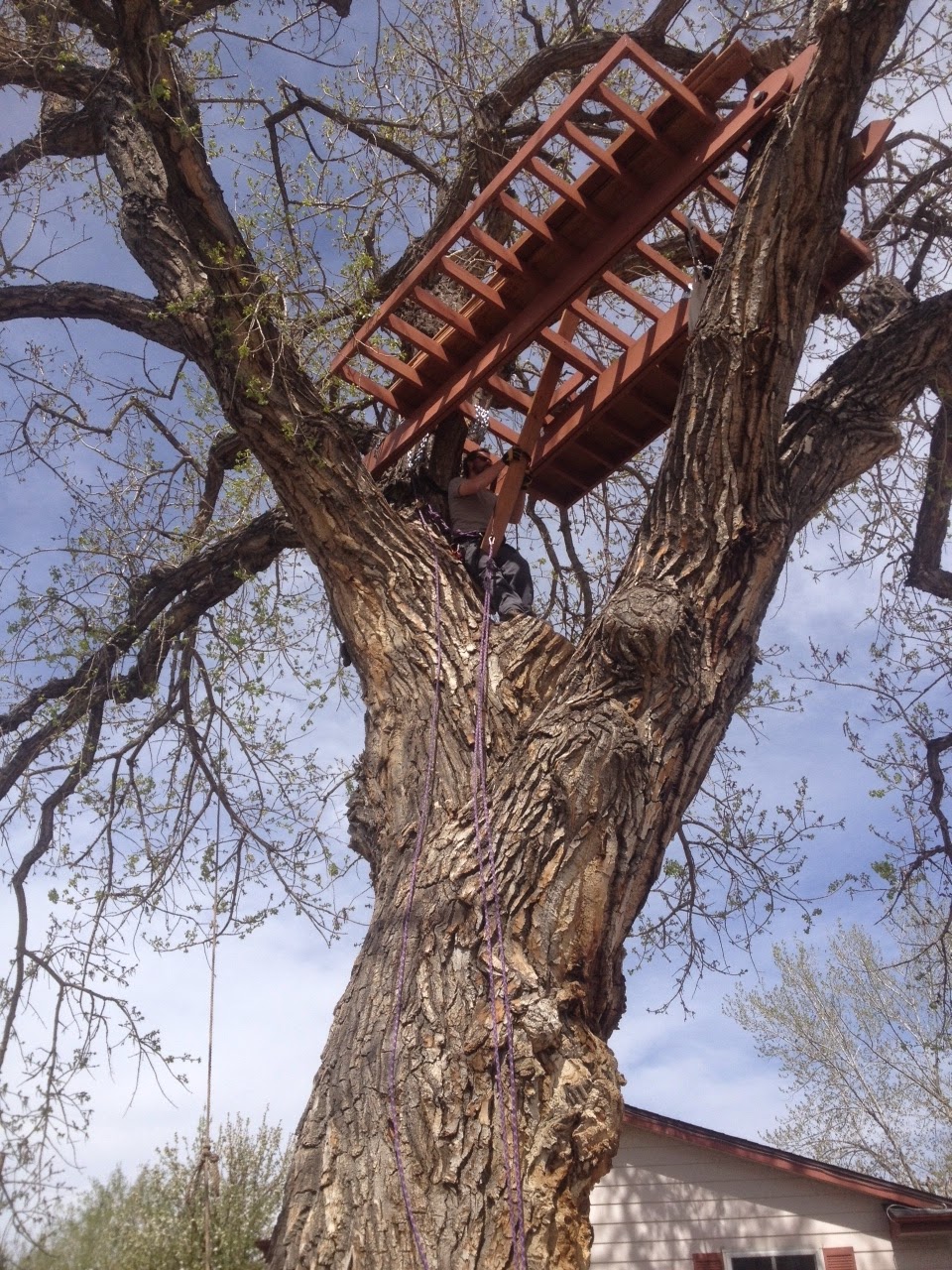 A careful eye might also see the chains for the rope ladder behind me. Those needed to be in before decking as well.

Each post had two carriage bolts , one atop the other, that secured the post right to the floor frame -- and in a corner, so the thing would be rock solid. After bolting the posts in place, it was a matter of screwing down the deck boards with a par of 2-1/2" deck screws at every joist, and cutting one or two of those boards to fit snugly around the 4x4 posts (and cutting a few for the trap door opening as well). 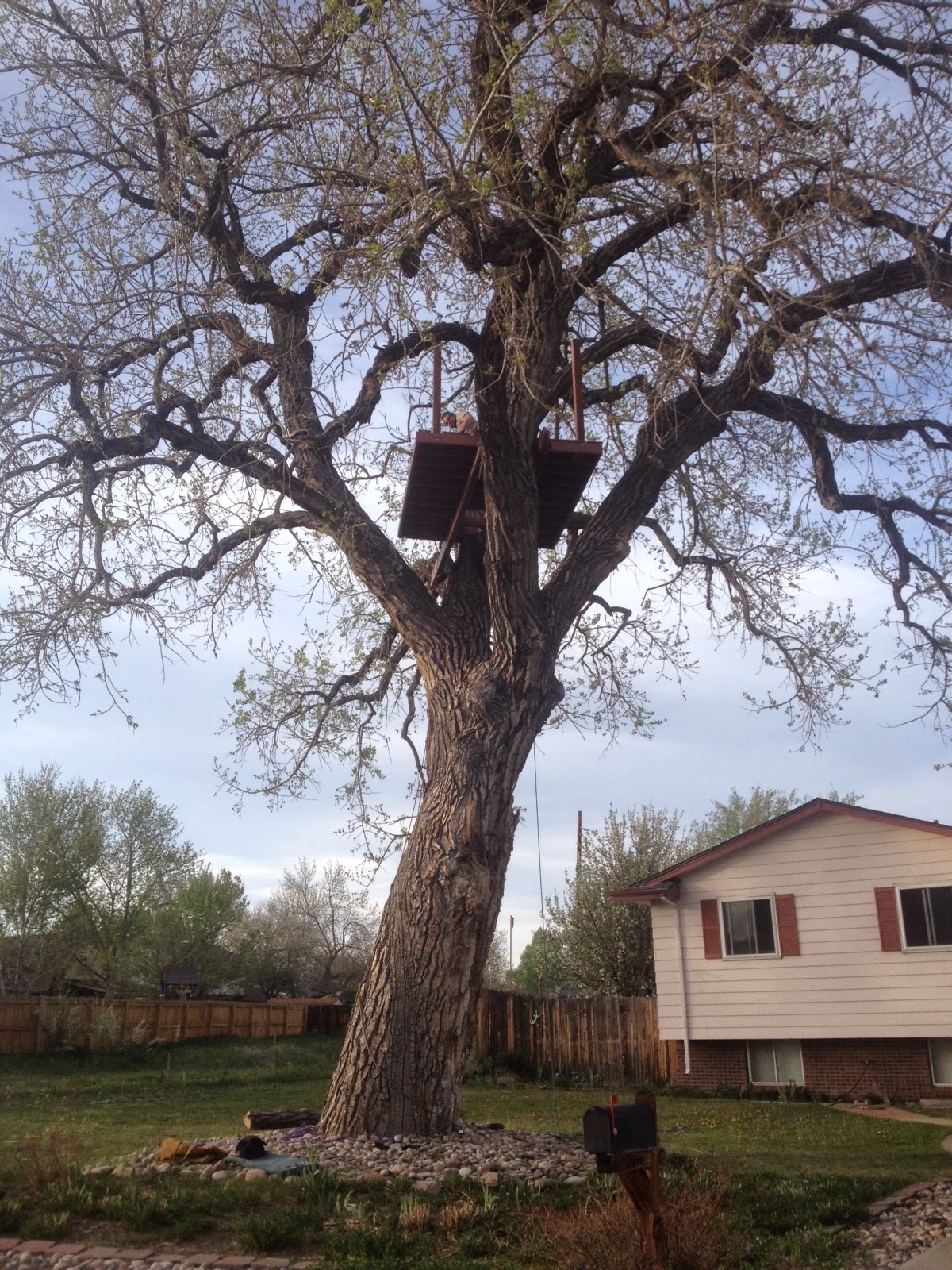 It was one heck of a cool looking deck. 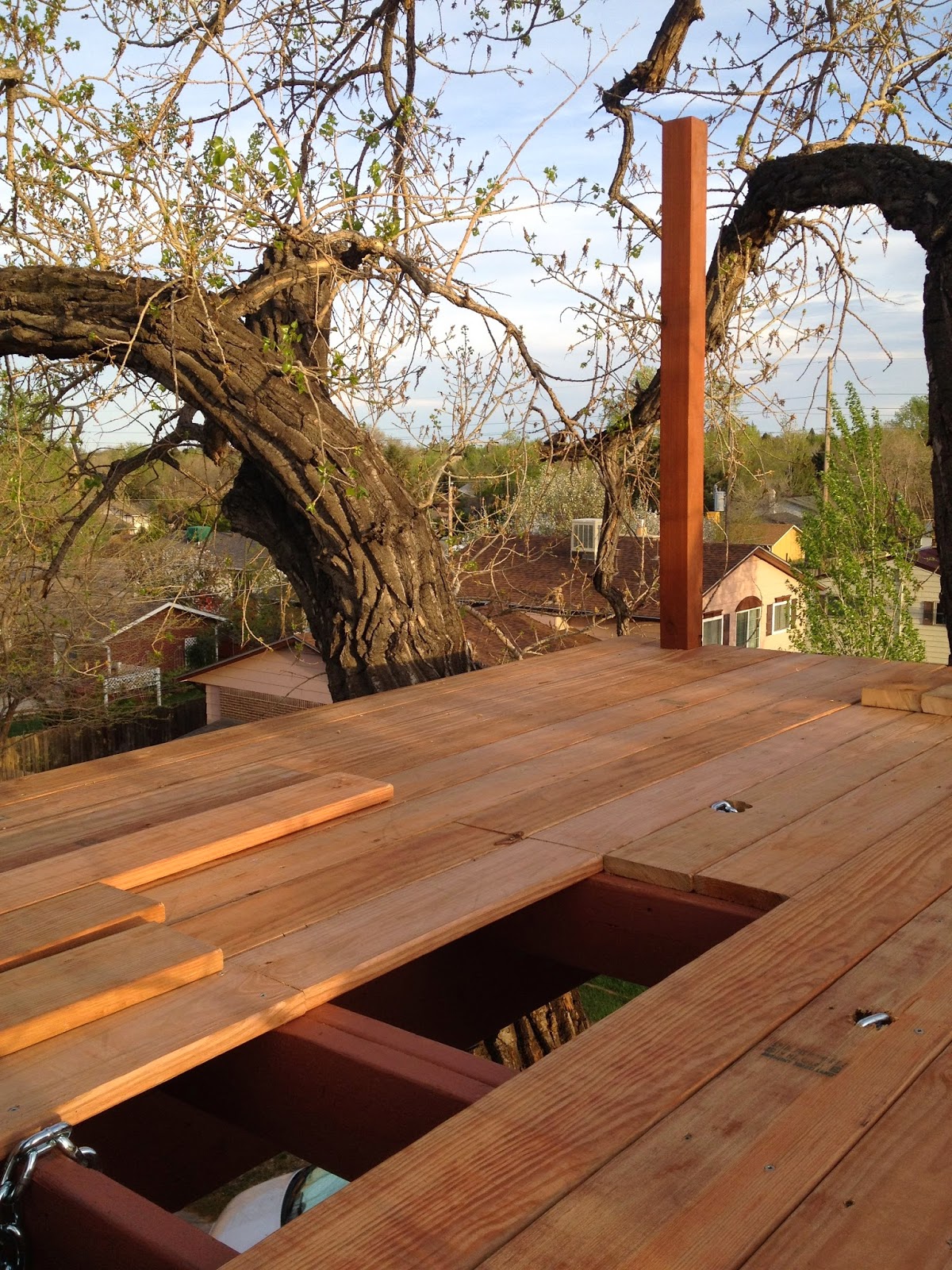 And high, too. You can see how I notched the deck boards for the rope ladder chains. 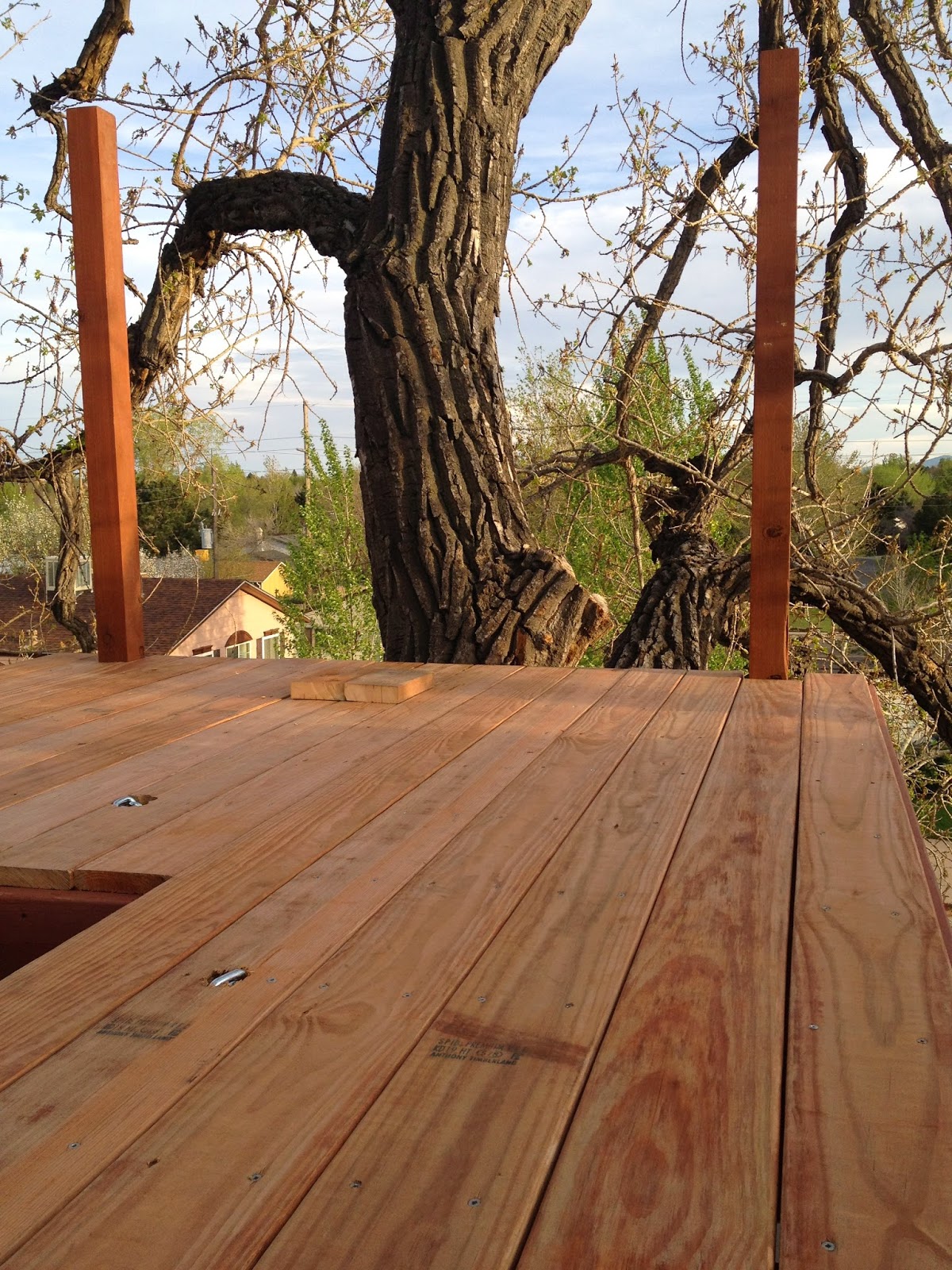 This treehouse was going to have a great view.

Using the method we’d pioneered with the deck boards, my wife helped me haul up all the panel pieces for the treehouse itself, which I stacked neatly on the deck. Since it looked like it might rain, I also put a big black tarp over everything, just to keep it dry for the next day’s work.

I woke up to this. 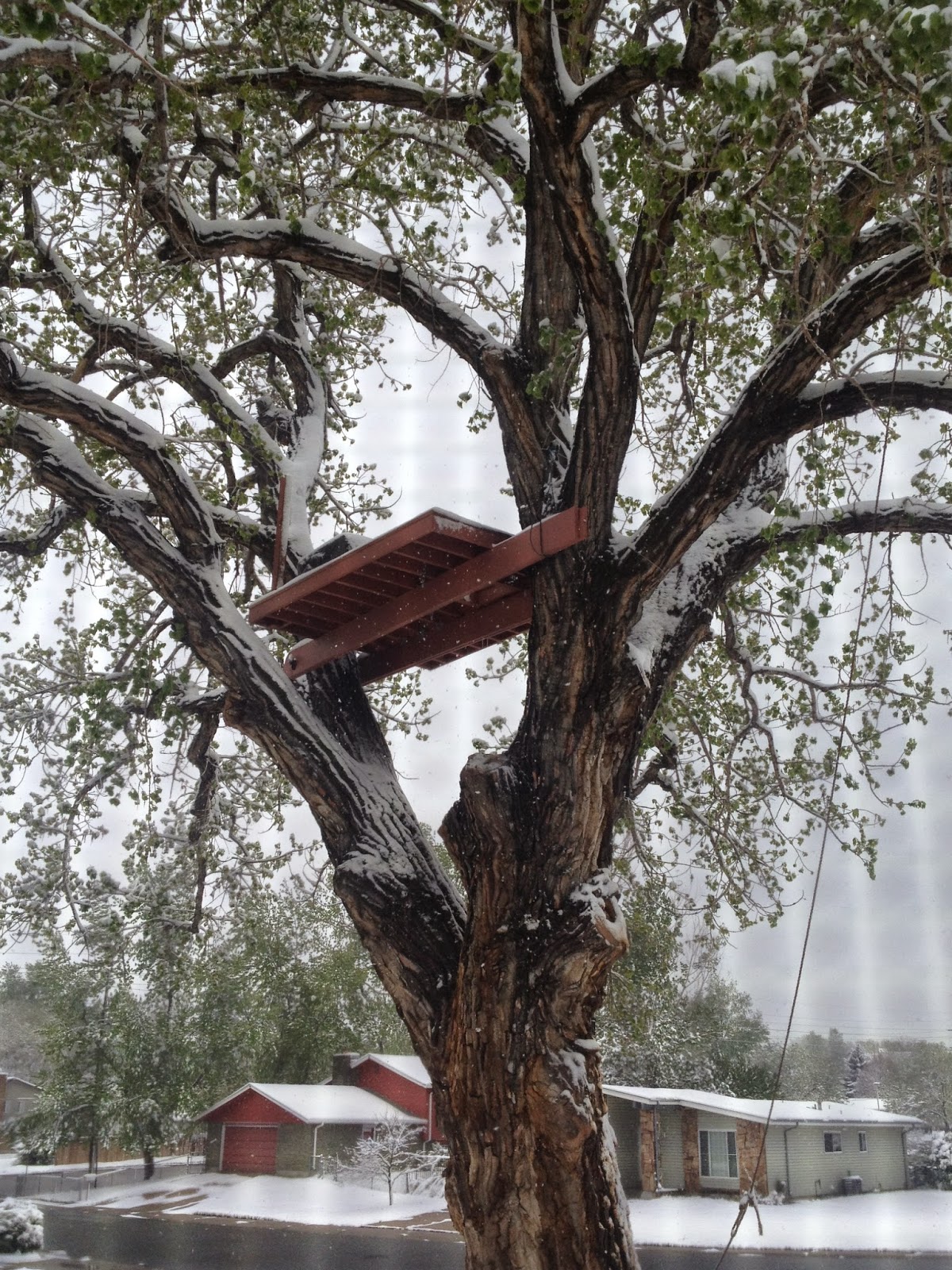 So I took a day or two off; the treehouse would have to wait until the snow melted.

On to Part 15: The Treehouse Takes Shape
Posted by DIYDad at 6:30 AM