Treehouse Story: The Mystery of the Loose Cable

Are your treehouse cables loose?

So a couple of extraordinarily detail-oriented and sharp-eyed readers pointed out that it almost looks like the cables supporting the north end of the treehouse platform are ... loose? How can that be? 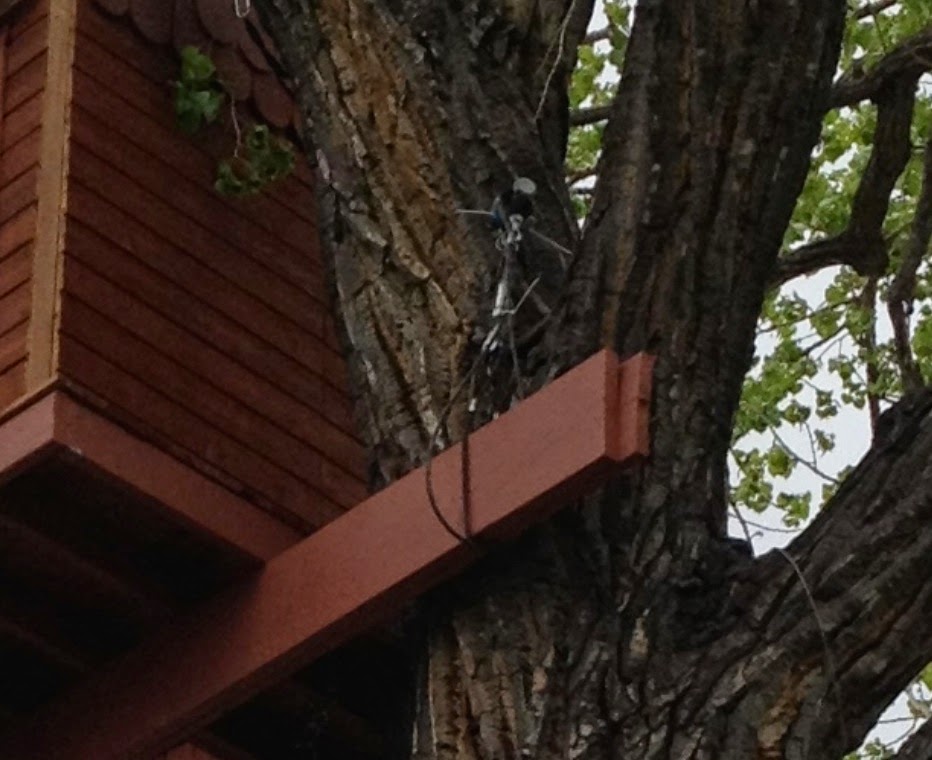 The question was, of course, if those cables aren't supporting the main treehouse beams, what is? Well, it's a bit of a trick of the eye: there are actually two wire rope slings on each side.

Why? Well, when I ordered the original treehouse support cables, I felt confident I'd handled the issue of load well -- each had a working load limit of 2.5 tons, or 5,000 pounds, and would be holding one-quarter of the weight of the treehouse and occupants, which I estimated would never top 2,000 pounds (1,000 pounds of house, 1,000 pounds of people, both high estimates). Essentially 500 pounds on something rated for 5,000 seemed pretty reasonable -- and that's a working load limit rating, not a breaking-point rating.

Then it struck me: manufacturing problems happen. It's rare, but possible. The wire rope slings weren't terribly expensive. And I'd be faced with a huge problem if one of those slings failed. So I ordered two more of the same rating, but slightly longer, and slung them loosely around the treehouse beams, as a backup. Took all of ten minutes to get them in place (and bundle them in with a couple of white zip ties, which you can also see).

So it's an overkill, again; like wearing a belt and suspenders. But for the small investment of time and money, it's a nice extra treehouse safety feature.


Back to the previous Treehouse Story: Shaky-Cam!
Posted by DIYDad at 12:01 PM