Part 2: What type of treehouse did I want to build?


Treehouse designs: Picking the right one

There are treehouses built on stilts; tree houses that hang from wires; tree houses that are sky-high and tree houses that are only tangentially involved with a tree. I considered each kind in relation to the tree I had; a ground-supported treehouse with stilts or a piling kind of structure underneath, for example, would have to contend with a 10-foot diameter tree trunk in the middle, and might look more like a round balcony than anything else.

I knew I wanted a relatively small treehouse — I was allowed to built without a permit in my part of the city as long as the playhouse I was constructing was under a certain square footage. I figured 80-100 feet square would be plenty of play area, and would keep the project manageable. (Ha!)

I decided to take advantage of the tree’s structure; the trunk had a major Y-shaped split about 15 feet up, after which it behaved like two distinct trees that happened to be next to each other. Treehouse designs I'd seen that were built off two adjacent trees would be my jumping-off point. 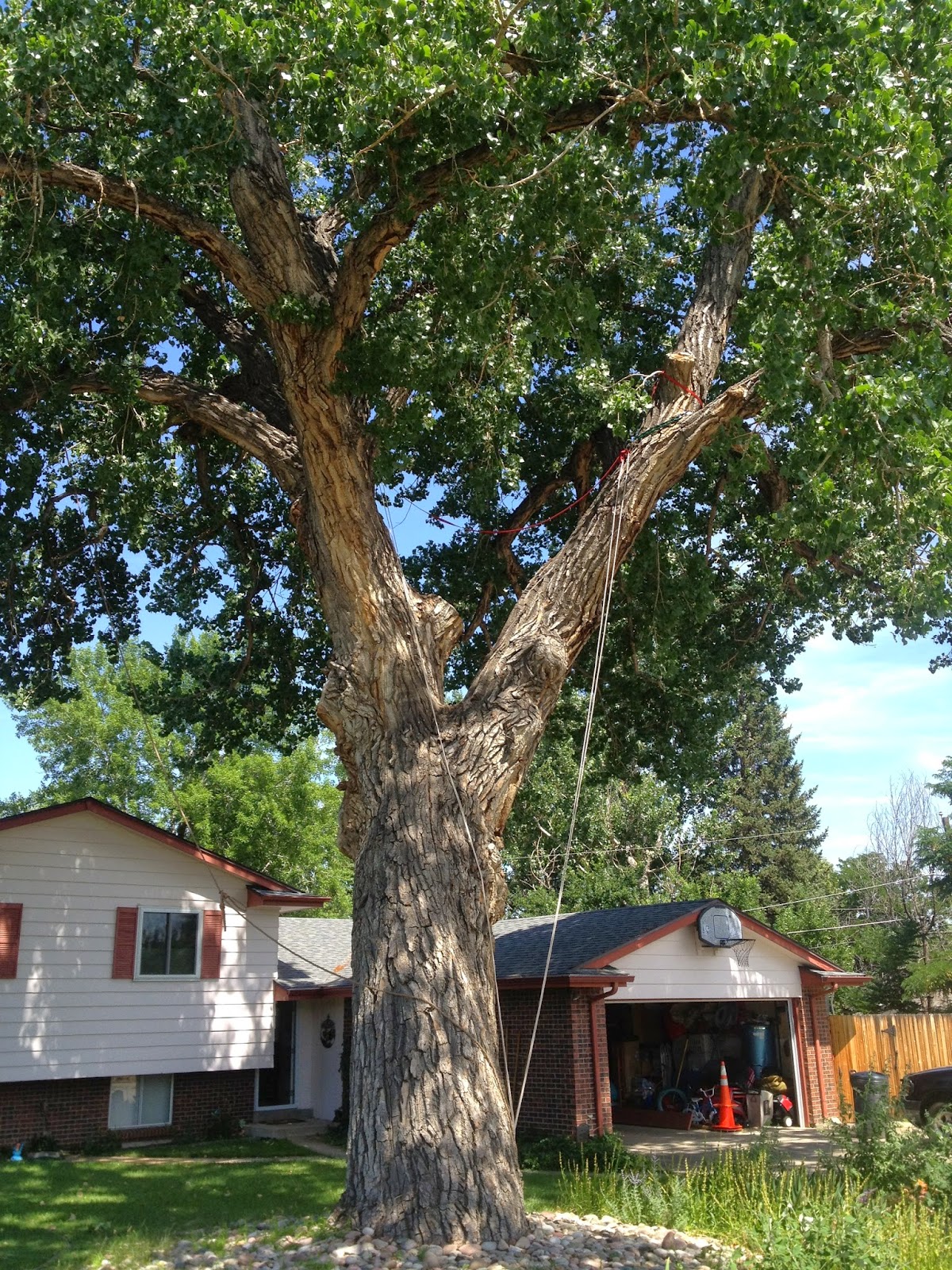 
My thought was to have a pair of beams — 2x12s, specifically — that were parallel to each other and perpendicular to the growth of the two main branches. Once attached to the tree, those two 2x12s could support a sort of deck framing, and that subsequent platform would be the flat spot upon which I’d build my treehouse.

With this basic design in mind I needed some good measurements in the tree for my beams — I needed to know how long they’d need to be, and where to put them to get a treehouse platform that was at least 12 feet by 12 feet. That meant spending some time in the tree, and that meant I needed a more permanent anchor.

On to Part 3: The Ups and Downs of Treehouse Building
Posted by DIYDad at 9:30 AM