As luck would have it, the same month I decided to start building a treehouse I came across a free Craigslist posting about a deck — if I removed it, the materials would be free! It turned out to be a lot more work than I’d anticipated, but since the whole deck had been put together with screws, the wood came out looking pretty darned good. There were a bunch of 2x6s that were perfectly fine, and I planned to use those for the treehouse platform framing at least. In addition, I was particularly pleased about re-using the 2x12s that had been part of the old deck’s stairs. During a treehouse project, abandon all hope of parking in the garage.


They were almost 16 feet long, straight, and true. Figuring it would be easier to do on the ground than in the air, I painted them up with a lovely dark pink paint that I’d found in our garage when we moved into the house. Our treehouse beams would match our house’s trim!

I wanted to attach the 2x12s to the tree using the biggest, baddest lag screws I could get my hands on. That meant special ordering 1.25” diameter bolts that were 15 inches long from an outfit called Treehousesupplies.com. They were spendy, sure, but they were galvanized and would hold a ton of weight. Several tons, actually — and I didn’t think I’d be building a big enough structure to require the specialized “treehouse attachment bolts” that the major treehouse builders use on television.

Plus, I was only buying four of them. Those four attachment points would hold the entirety of the treehouse’s weight. This was by design; contrary to what you may have seen on a lot of DIY treehouse building projects, putting a bunch of nails into a tree to attach treehouse pieces is horrible for the tree's health. Trees "compartmentalize" their wounds, putting a lot of dead, tough material around each one. Too much of this spread out can really damage (or even kill) the tree section, which reduces its strength.

Nutshell: fewer bigger holes in living trees are easier on them than many smaller ones. And I loved our tree.

They arrived in the mail, and I had a ton of fun showing them off to people. They’re really big bolts. 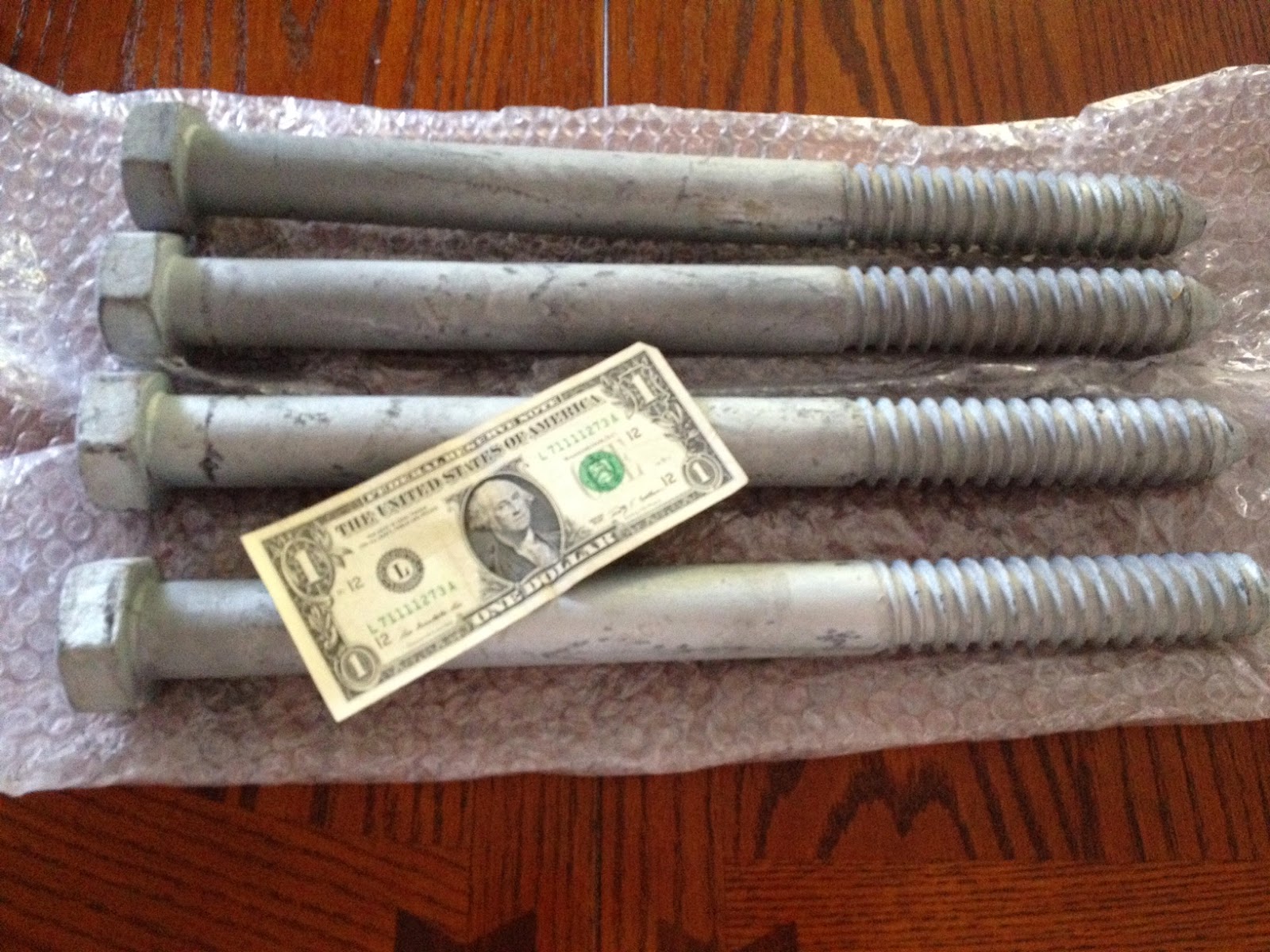 I thought it would be nice to have something like a washer (or two) on each bolt, both to keep the treehouse beams off the tree bark as well as to keep them from sliding off the bolt itself. Turns out it’s a little tricky to find giant washers for 1.25” diameter bolts; I came across a handful of custom-made square ones on eBay. They were perfectly sized, but the bolts were just a hair too big to slide easily. So I widened the holes a bit, grinding down the insides with the Dremel. 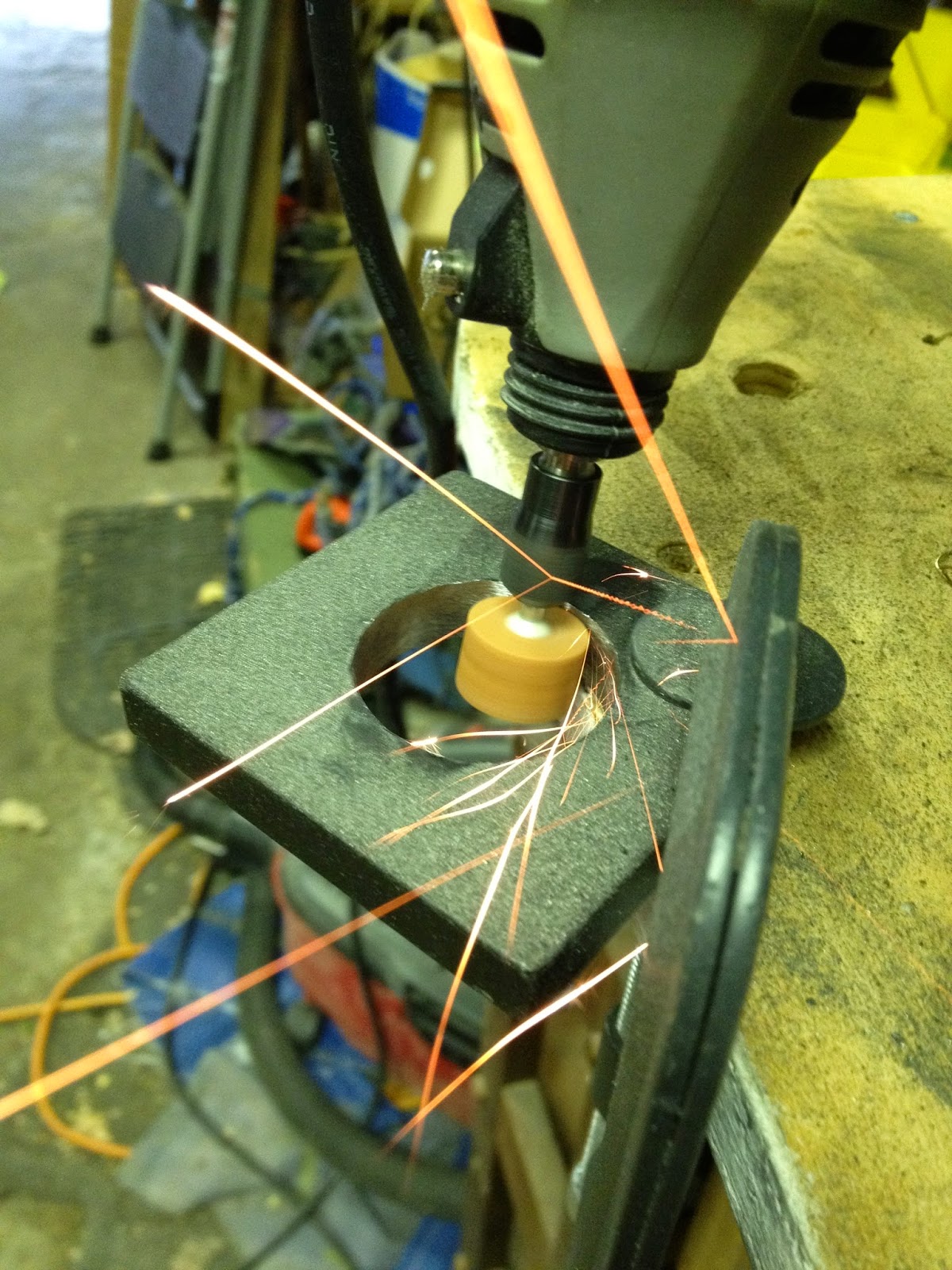 
Next would be the simple (!) matter of getting all this stuff up into the tree and installed -- the first part of the treehouse! Hoo boy.

On to Part 6: Hoisting the first treehouse beam
Posted by DIYDad at 1:33 PM