Finishing up the treehouse

This was the part of the process where my wife really shined: making a 30-foot-high treehouse inviting, beautiful, and fun. First up were some plastic flowers for the flower boxes; you can see them from the ground, and they look fantastic. 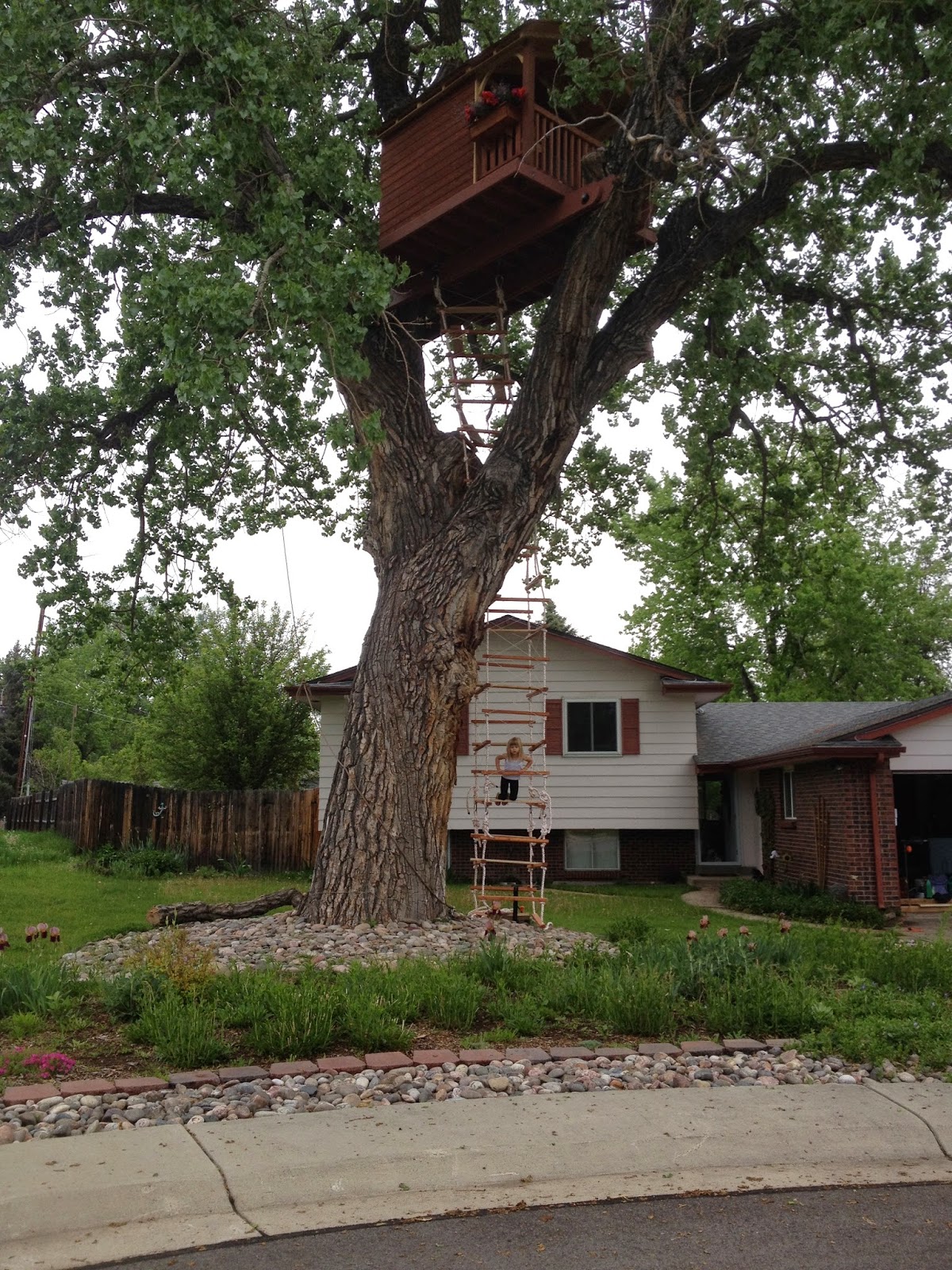 We’ve got them weighted down, with just a little bark filling in for effect. 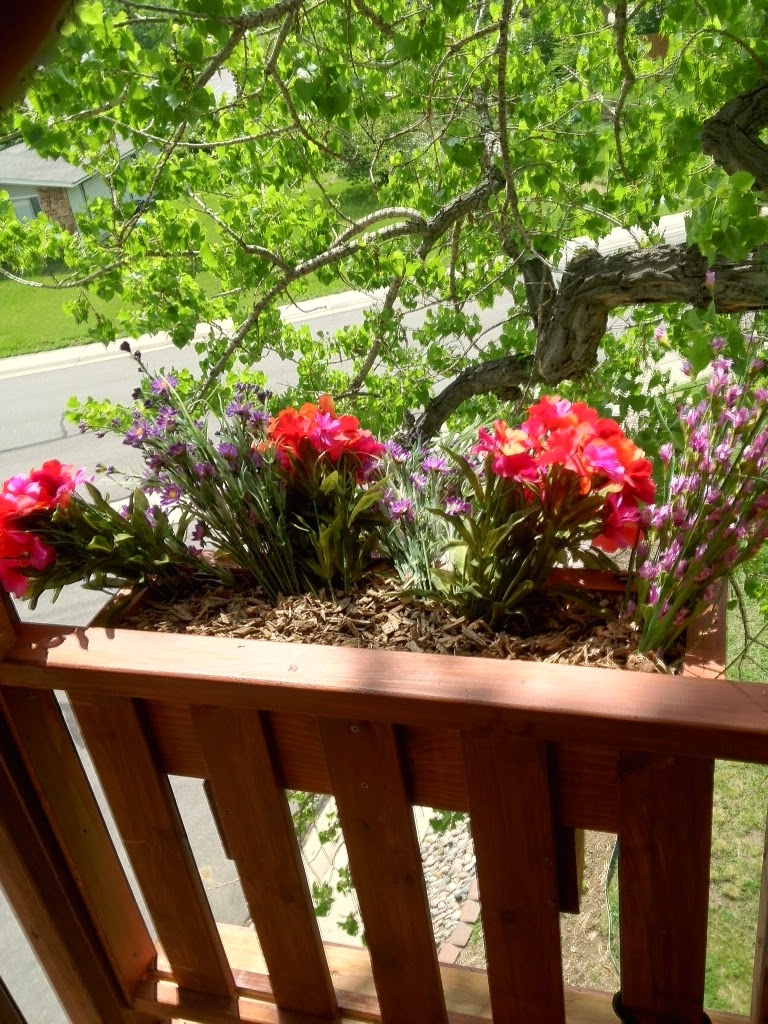 Decorations on the deck and inside made things super homey. 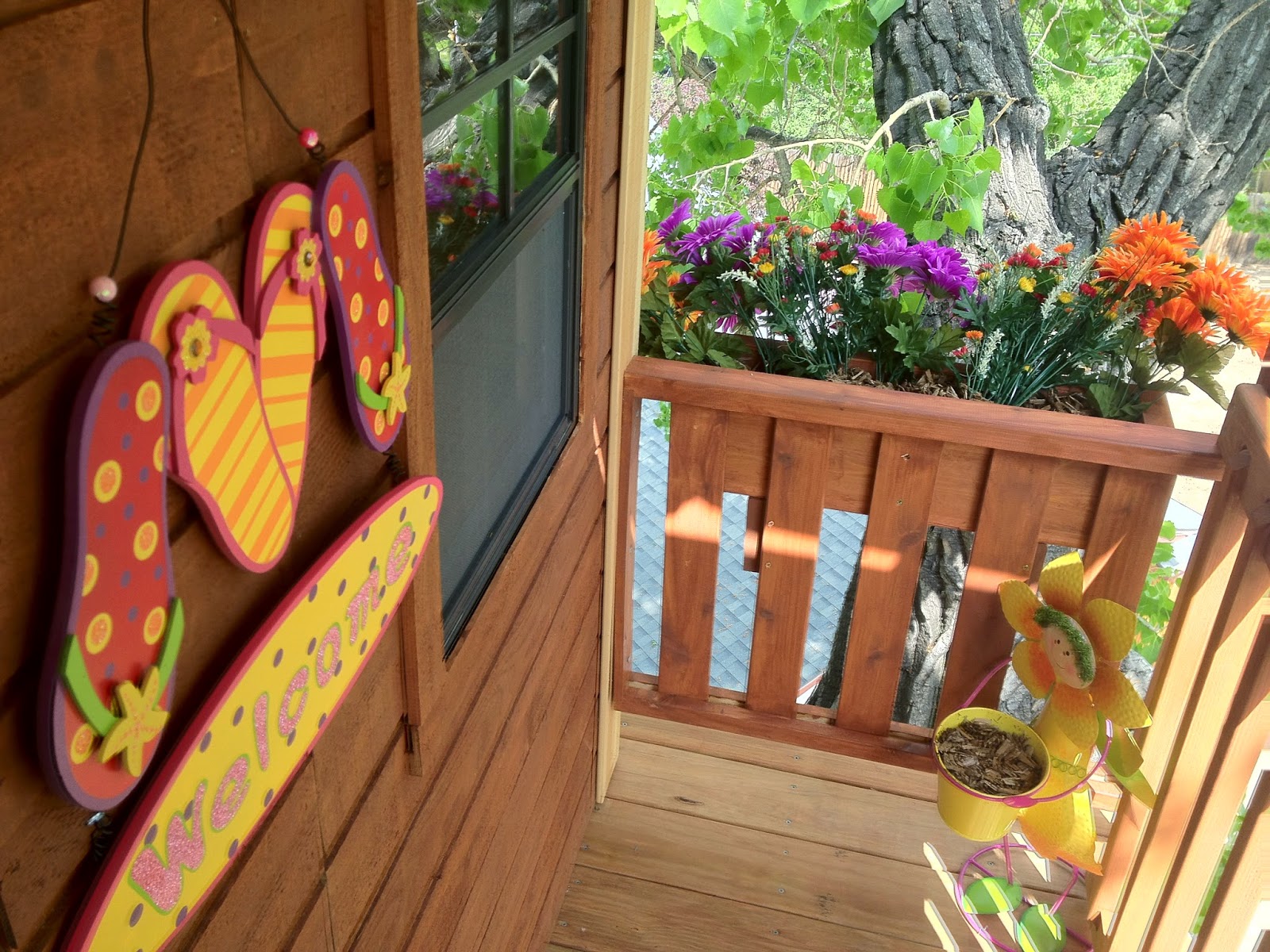 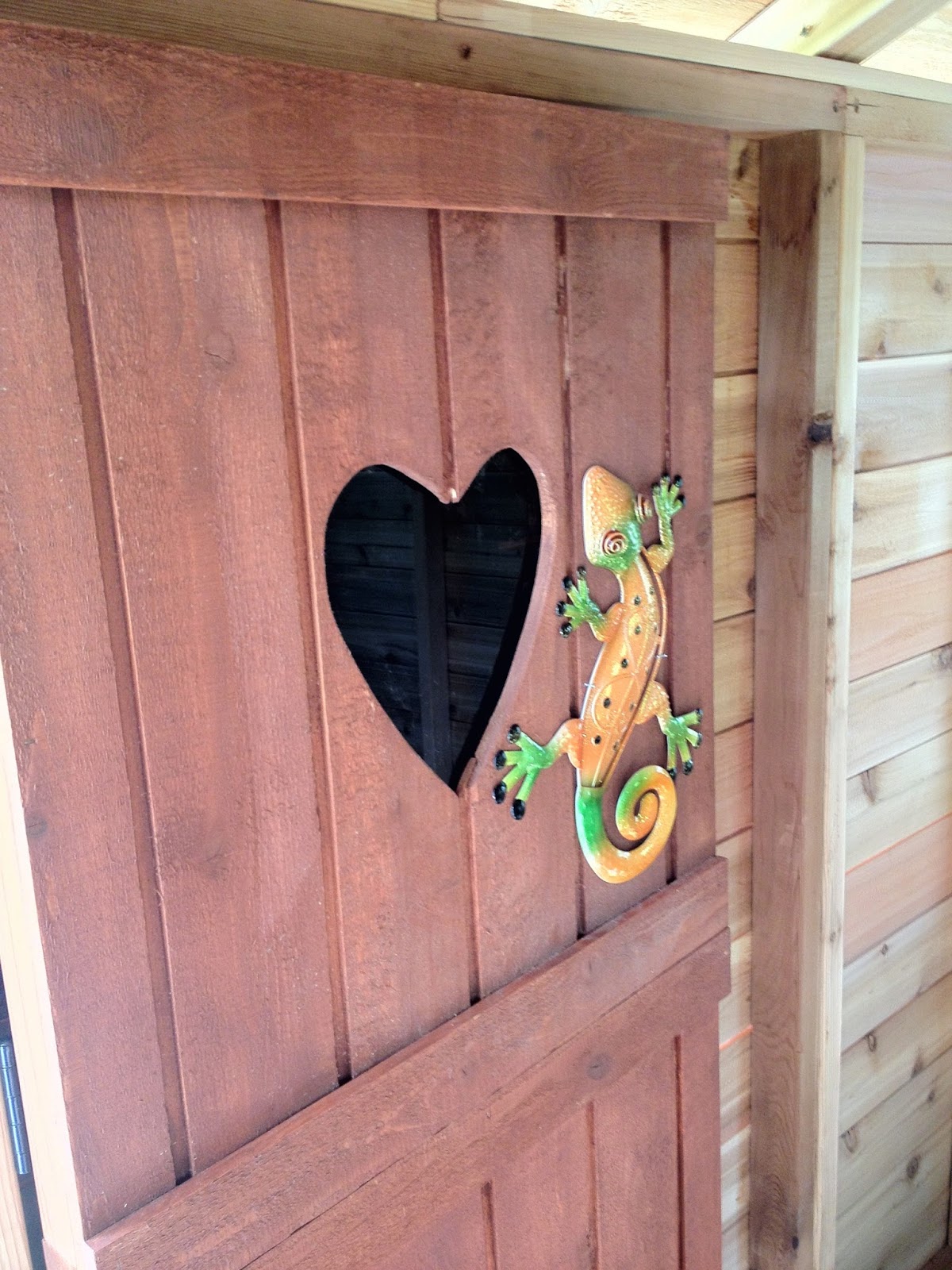 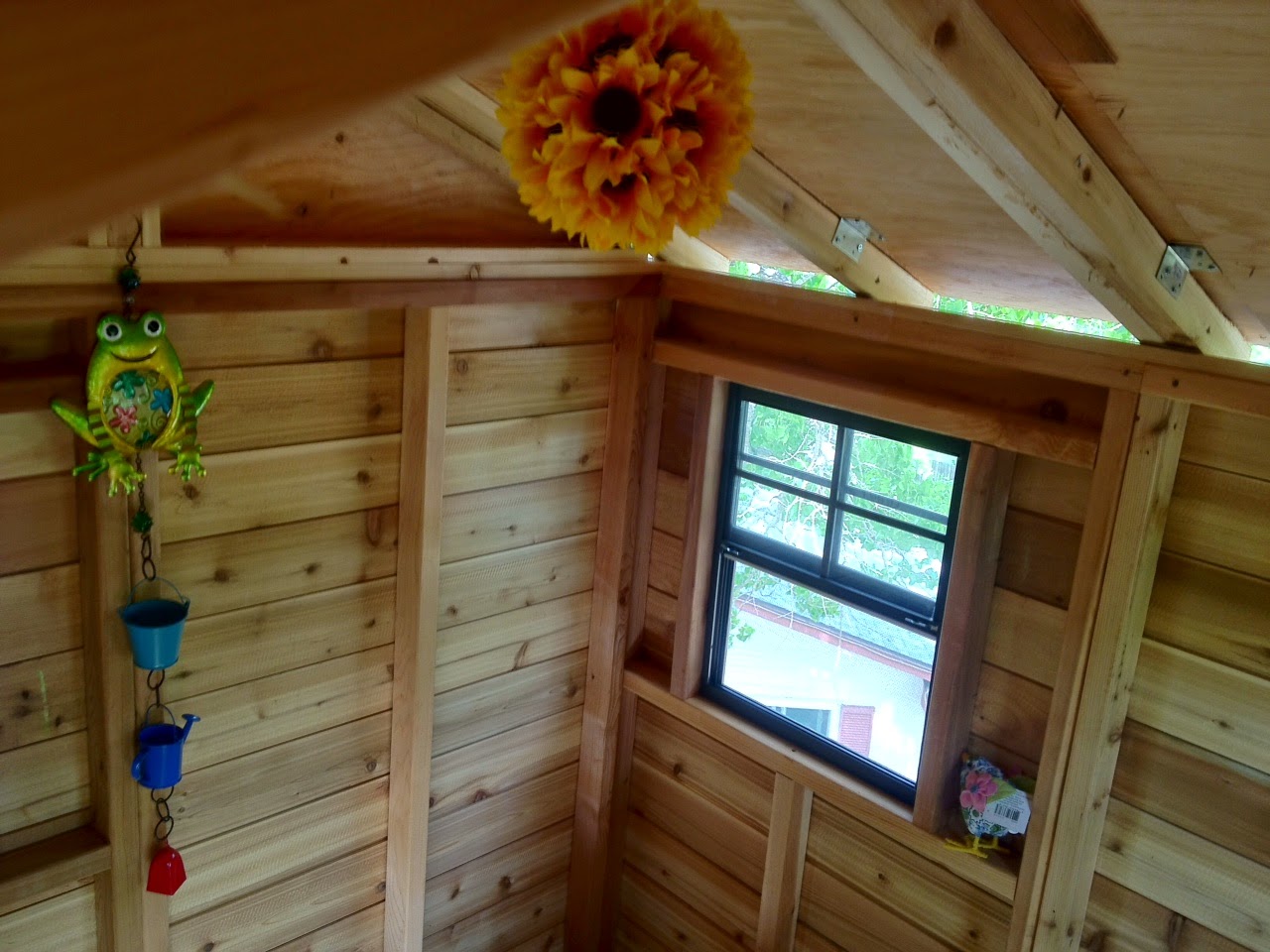 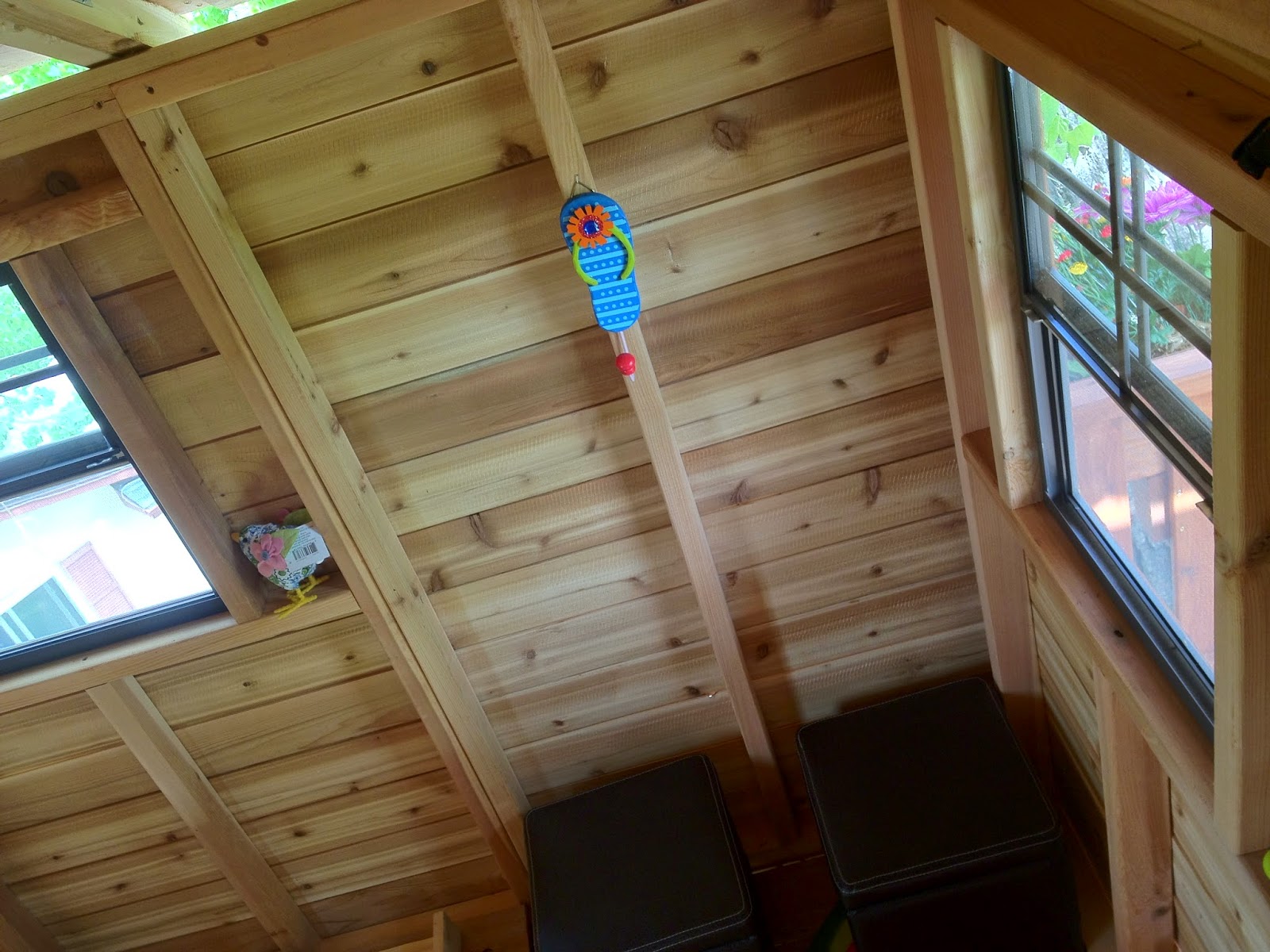 Leaves on the tree started to fill out just as we were finishing the project — well in time for my daughter’s birthday, thank goodness. 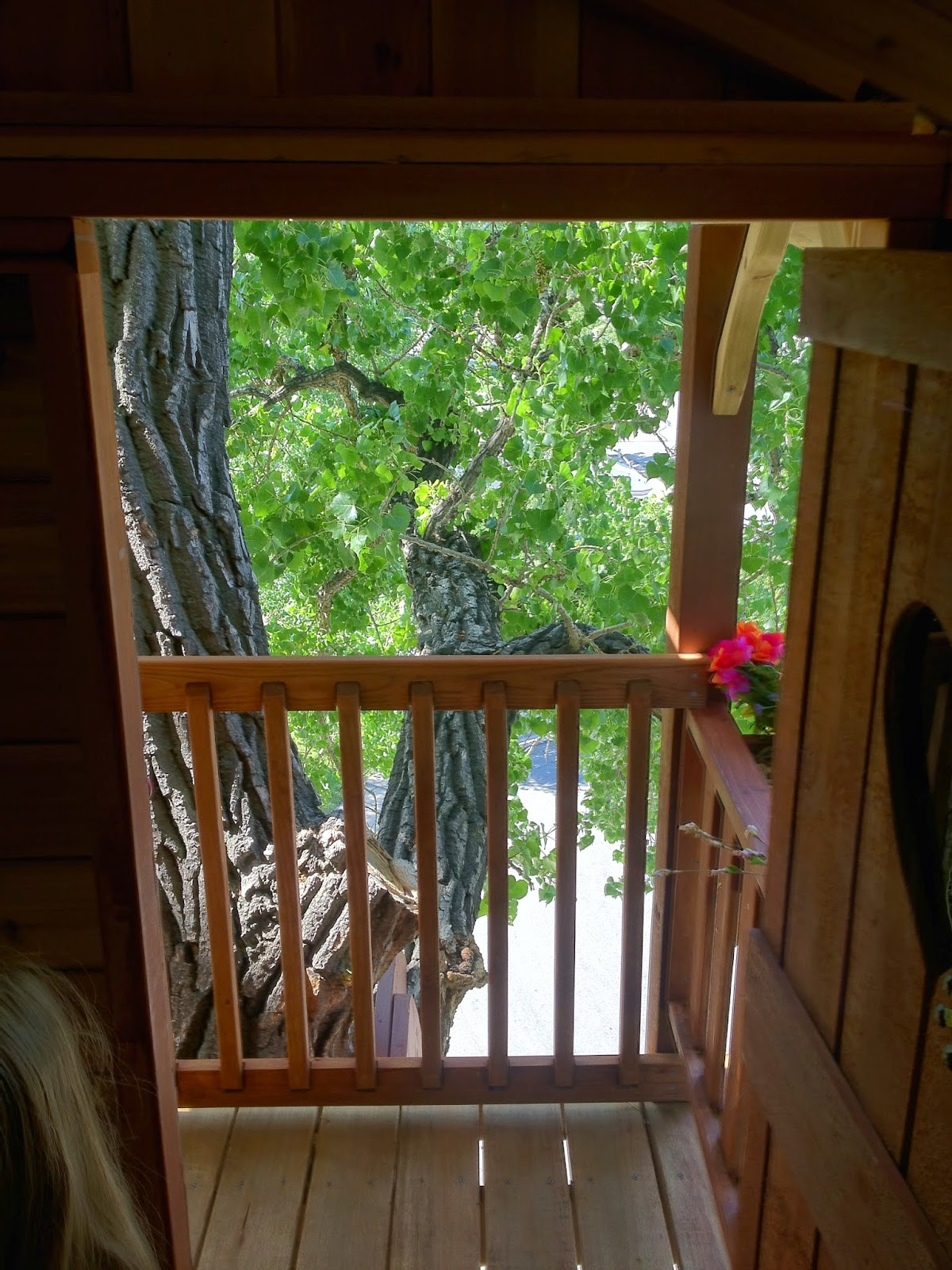 It felt pretty magical, all surrounded by leaves.

The addition of a trap door meant we made a rule that once you were inside, you’d close the door — it was safe to walk on when closed. 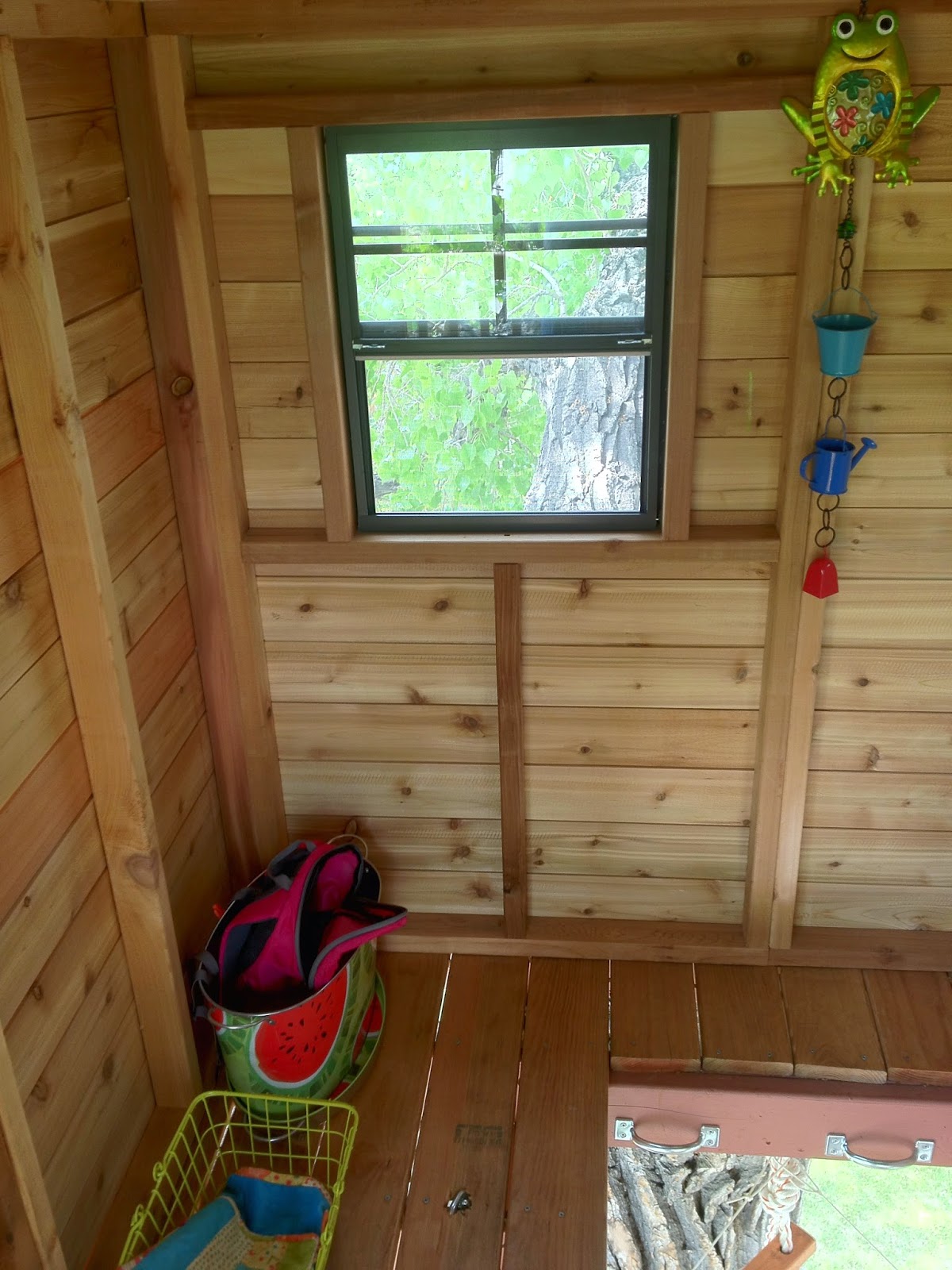 Note the little basket; it has a long cord (remember the one I used raising the treehouse support beams?) for bringing stuff up and down.

Finally, I found a large piece of netting online, and wrapped it around the entire ladder. 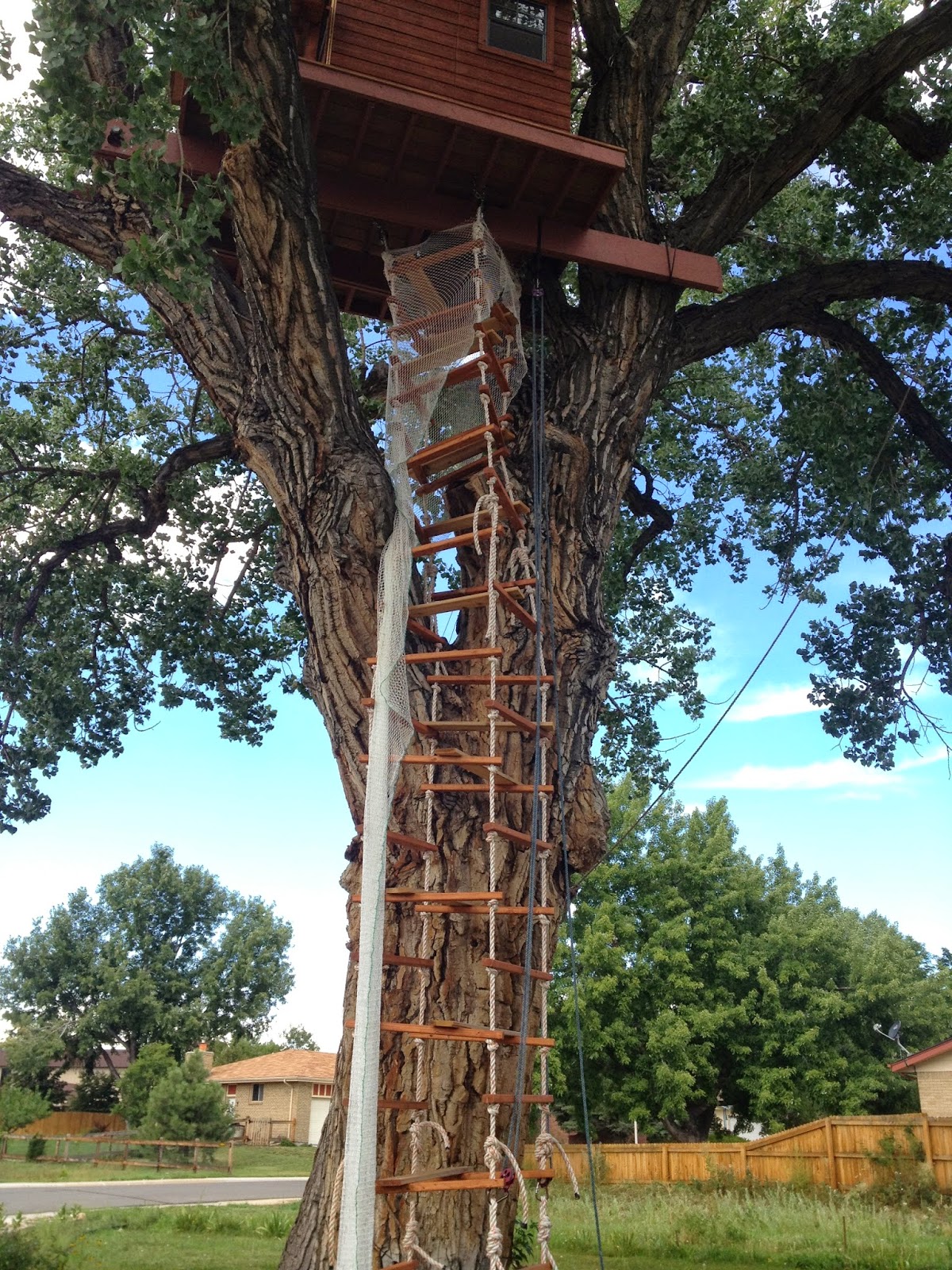 Another one of those relatively simple sounding tasks that took forEVER.

I stitched it up the side with parachute cord, sort of like I was closing up a turkey. At the top I took more parachute cord and wove the net up to a bunch of eye hooks I'd attached around the opening. 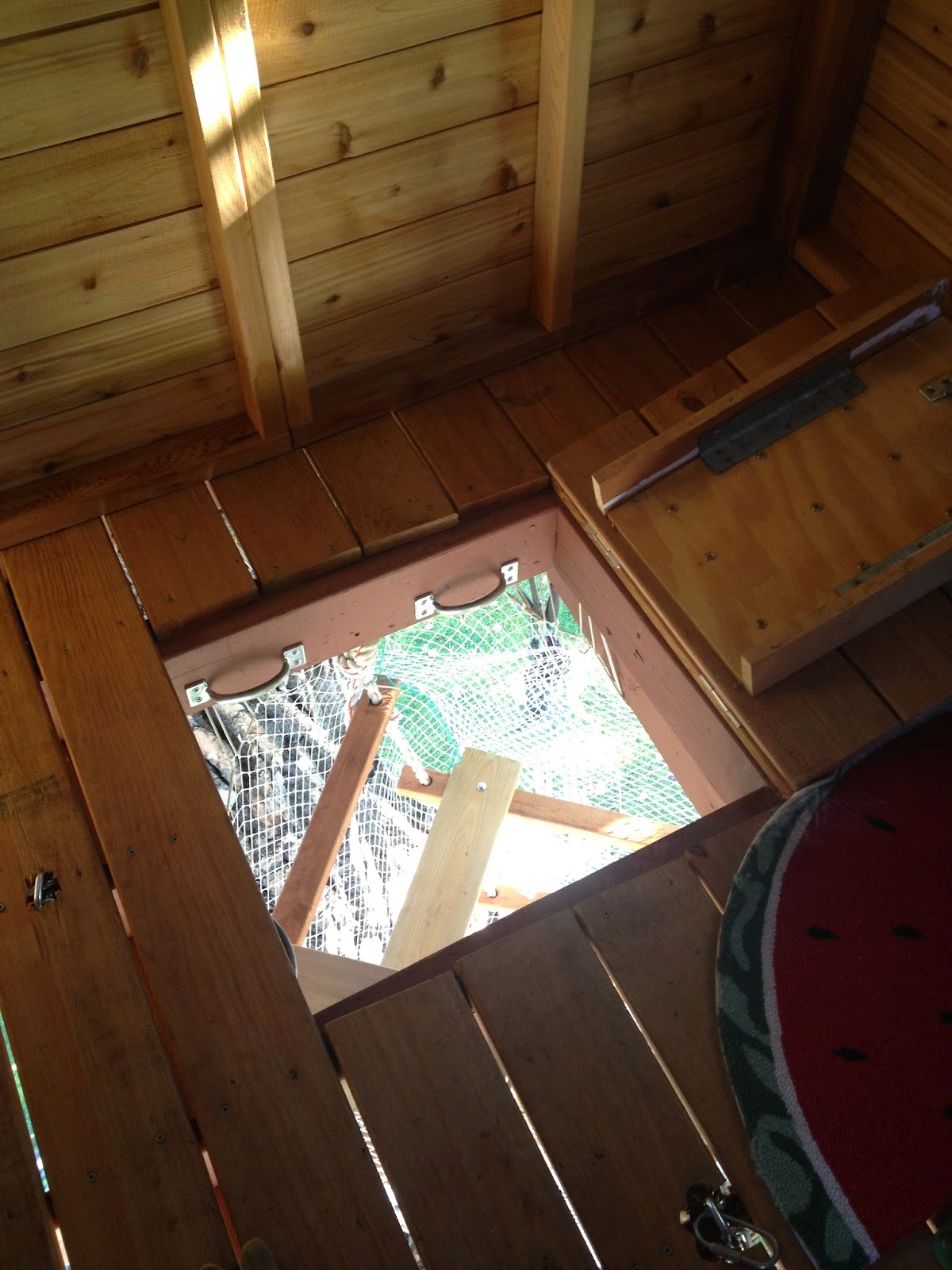 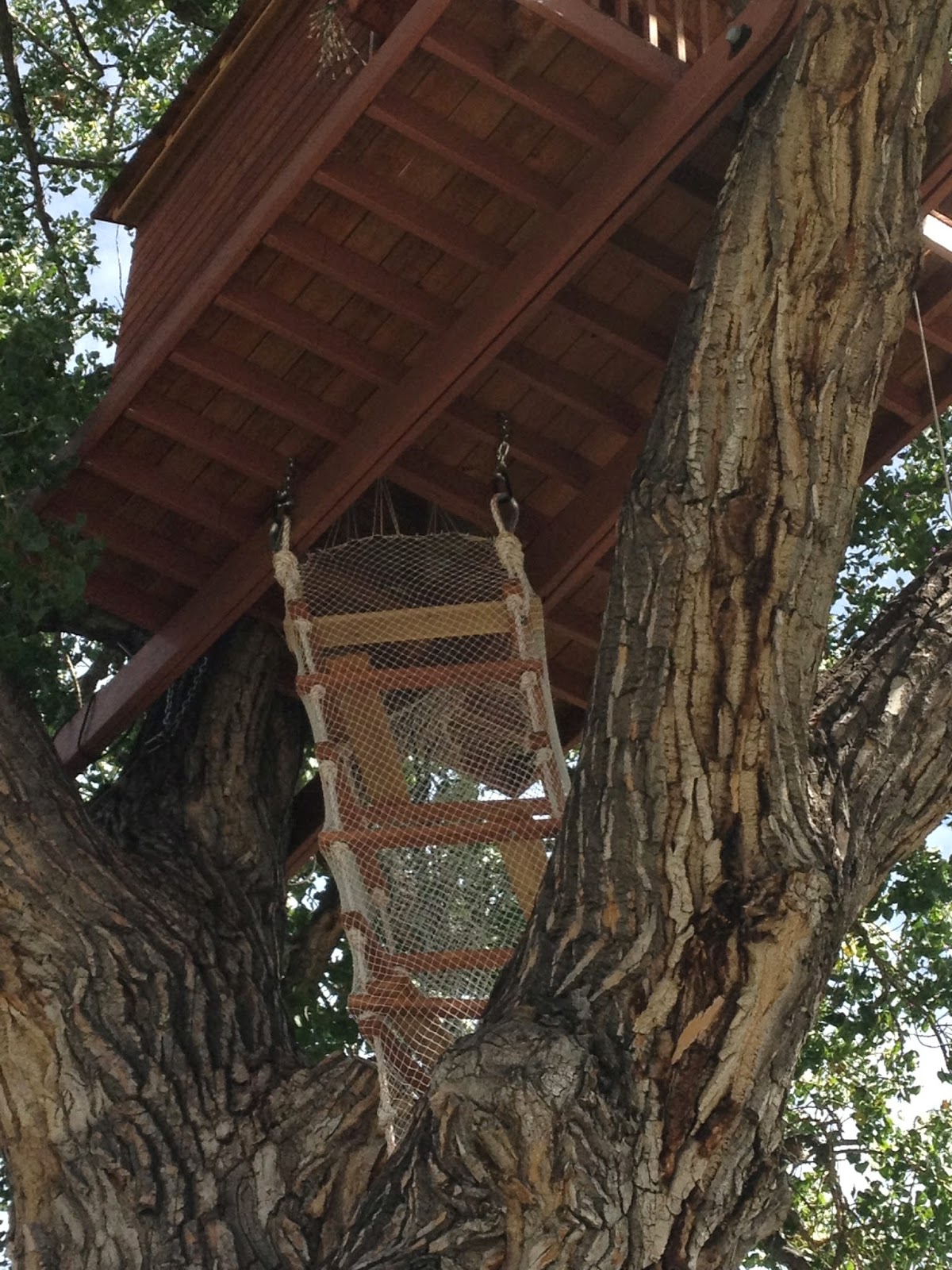 With a few pulleys and some rope, I rigged a quick system where I could raise part of the rope ladder and lock it off 15 feet in the air — ensuring no one would be going up in the treehouse without me knowing about it. Eventually I'll do something more permanent, probably using wire. But this did the job. Excess rope at the moment gets coiled into a plastic tub with a lid at the bottom. 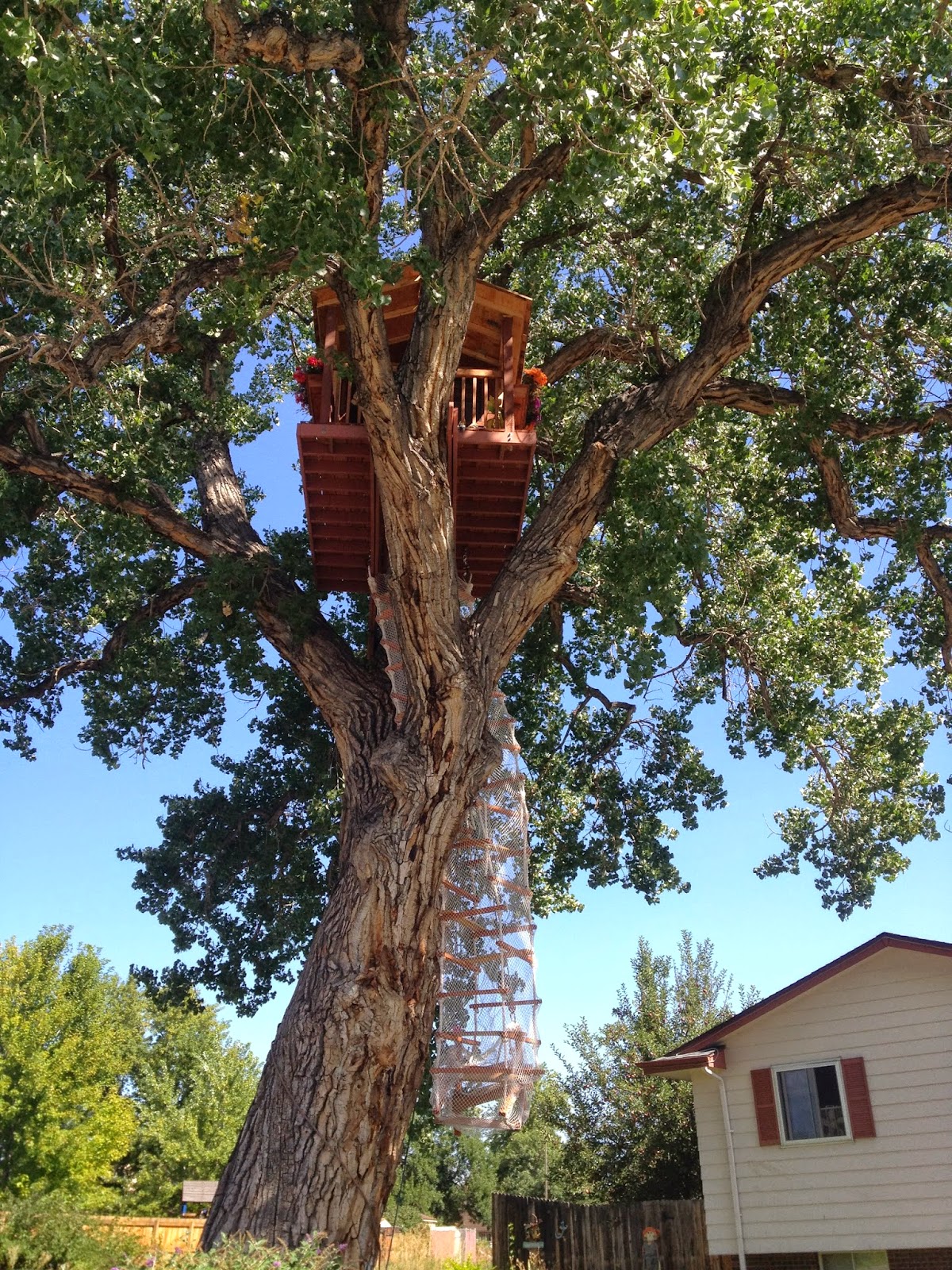 The treehouse looks a little like it's out to catch crab.

The final result looks great; at her birthday party, my daughter and her friends enjoyed going up and down as much as playing in the treehouse itself. We sent up walkie-talkies, snacks, blankets, pillows, dolls, toy fairies, you name it — the treehouse was a huge hit.


Back to the beginning of the Treehouse Build.