Converting a Chicken Coop into a Playhouse

Chicken Coop to Playhouse (and Maybe Back Again)

Final product (-ish) first for a change, here’s the playhouse as it ended up. 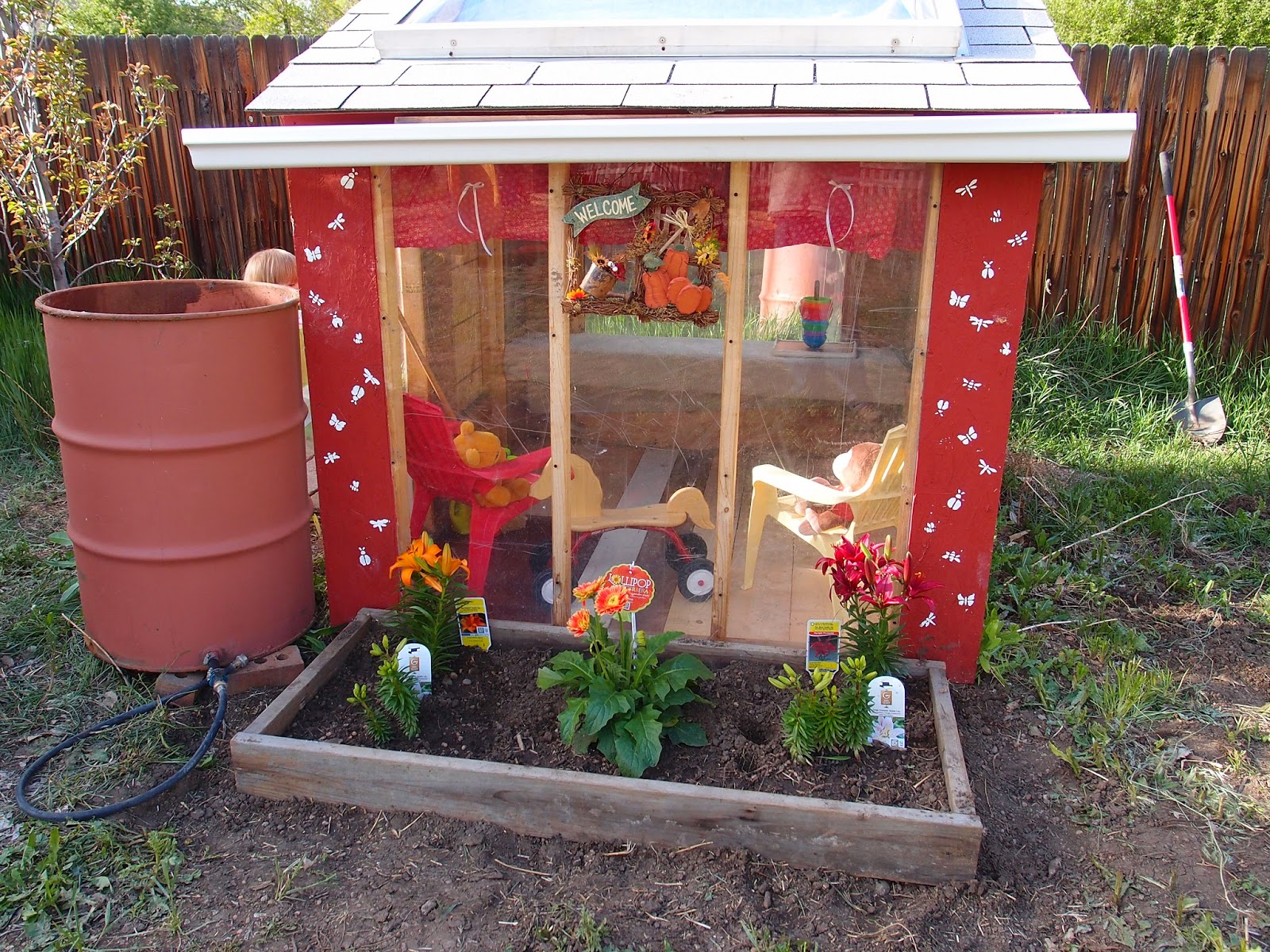 My daughter was pretty pleased, and enjoyed her time in there:


So this was one of my first little projects for her, done a few years ago. The initial steps involved a ton of weeding inside the coop, actually; the previous owners of our house hadn’t kept chickens for years, so the coop was working like a greenhouse for thorny nasty plants. Then there was a bunch of bleach to be sprayed, just in case; then the "airing it out" portion of the project. After a bit I put down this cement board I had lying around, just to see if it would be any fun to play in. My daughter figured out what was up (she was about 2 at the time) and started helping. 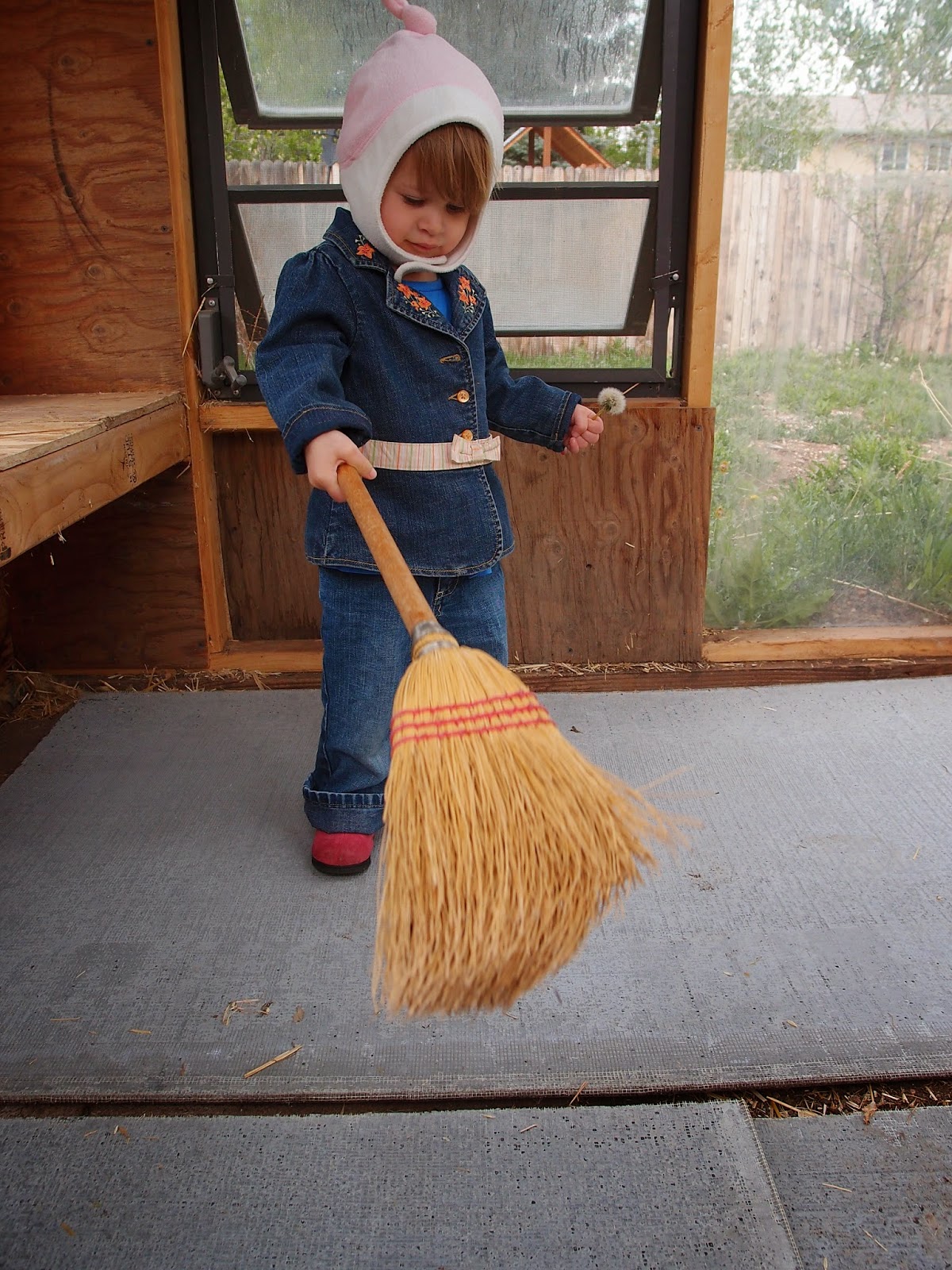 A better look at the plexi windows that were already in place. The advantage is they’re south-facing, so the coop (and eventual playhouse) is pretty warm in the winter. The disadvantage is you can see how a man’s yard goes to heck when he has a kiddo. 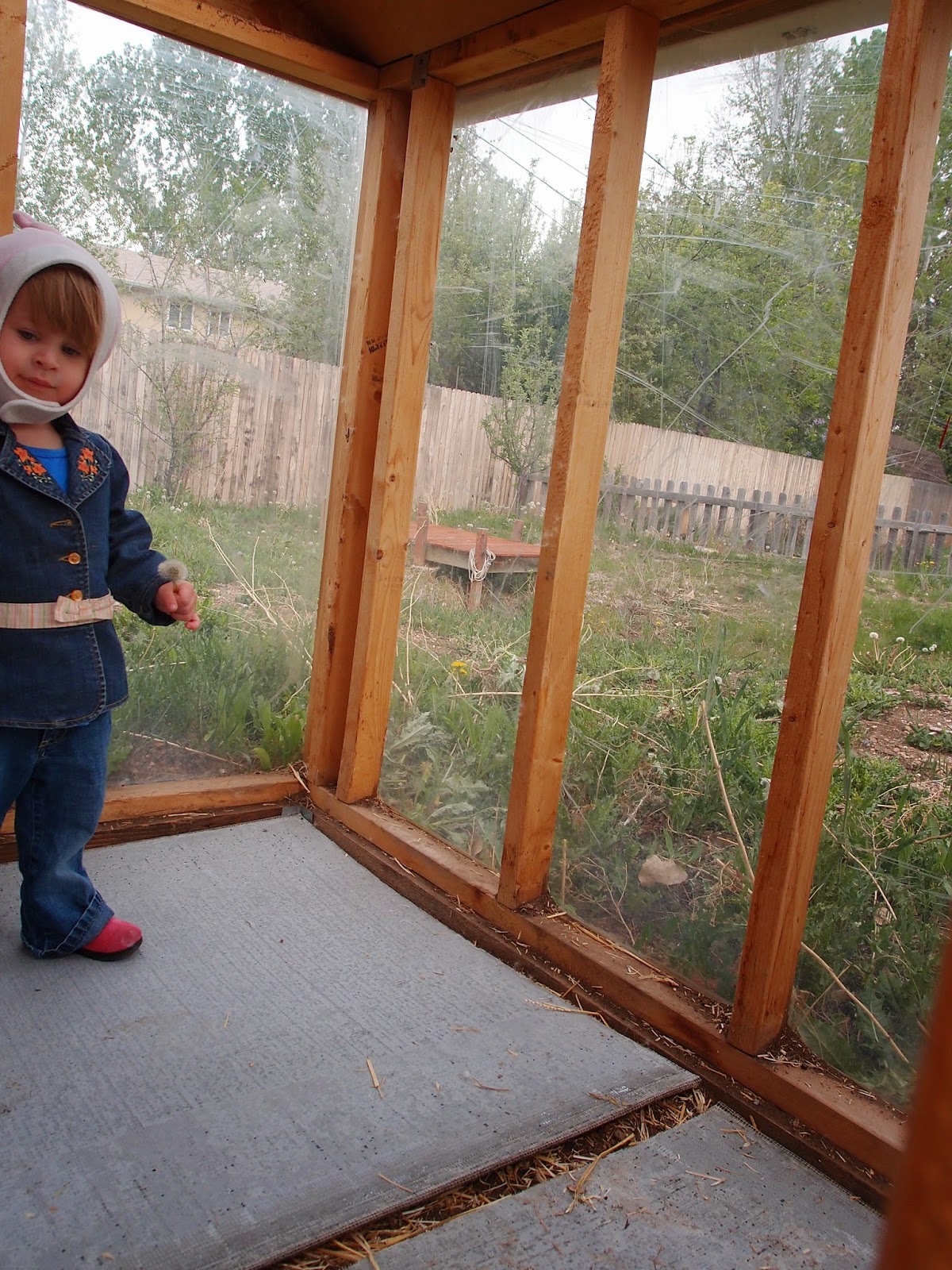 I pulled out the cement board and put down actual boards — in this case I took nearly every bit of random scrap plywood and deck-size board out of my garage and cut it to fit. There’s a 2x6 acting as a sort of joist underneath, as well as a bunch of cement pavers just to keep the floor off the dirt. I didn’t put too much effort into making it last forever, although it has (so far). 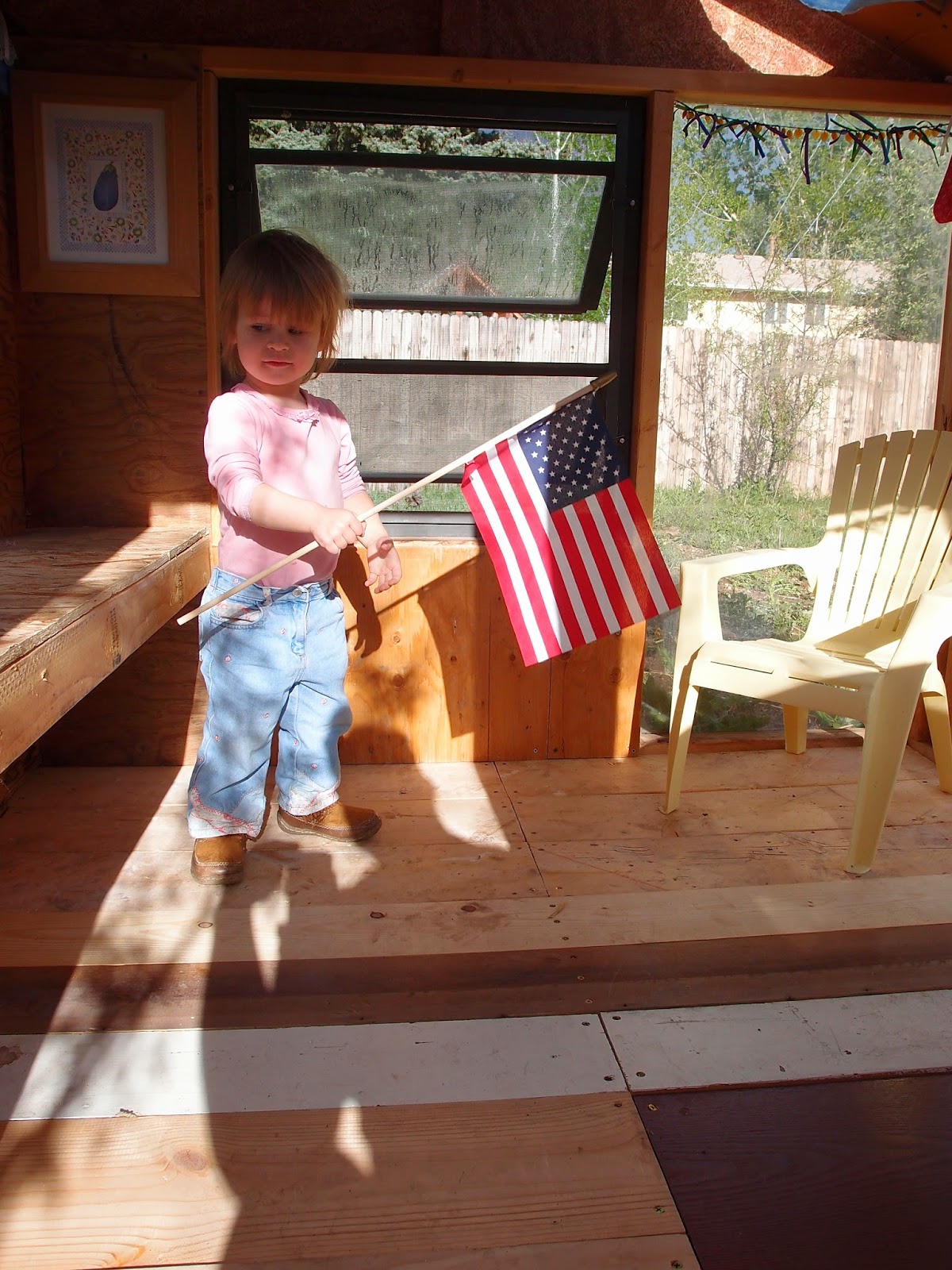 My wife added a cork board above the north window (which eventually became filled with kid art!) and some window trim. The little chicken perch turned into a shelf. 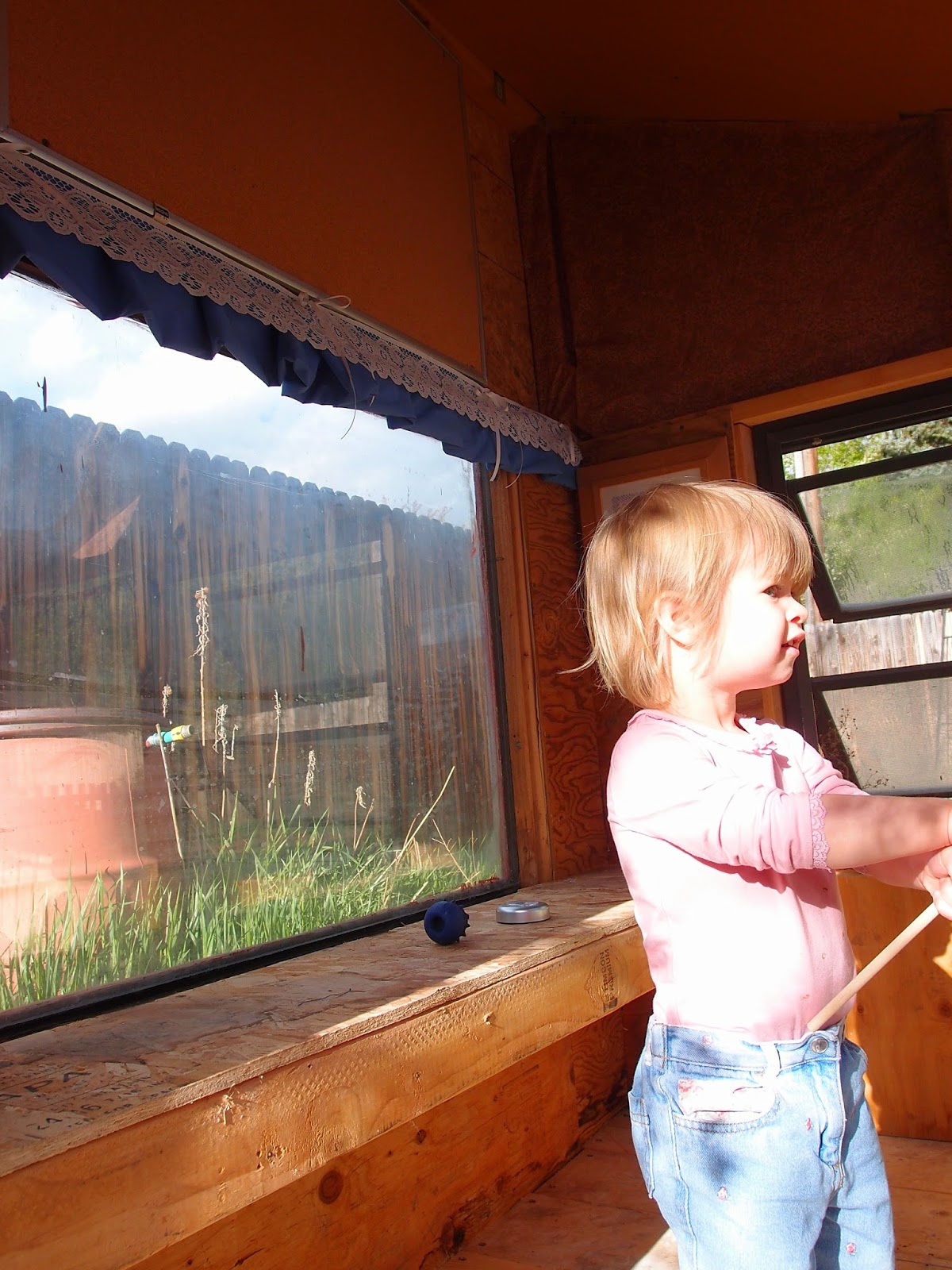 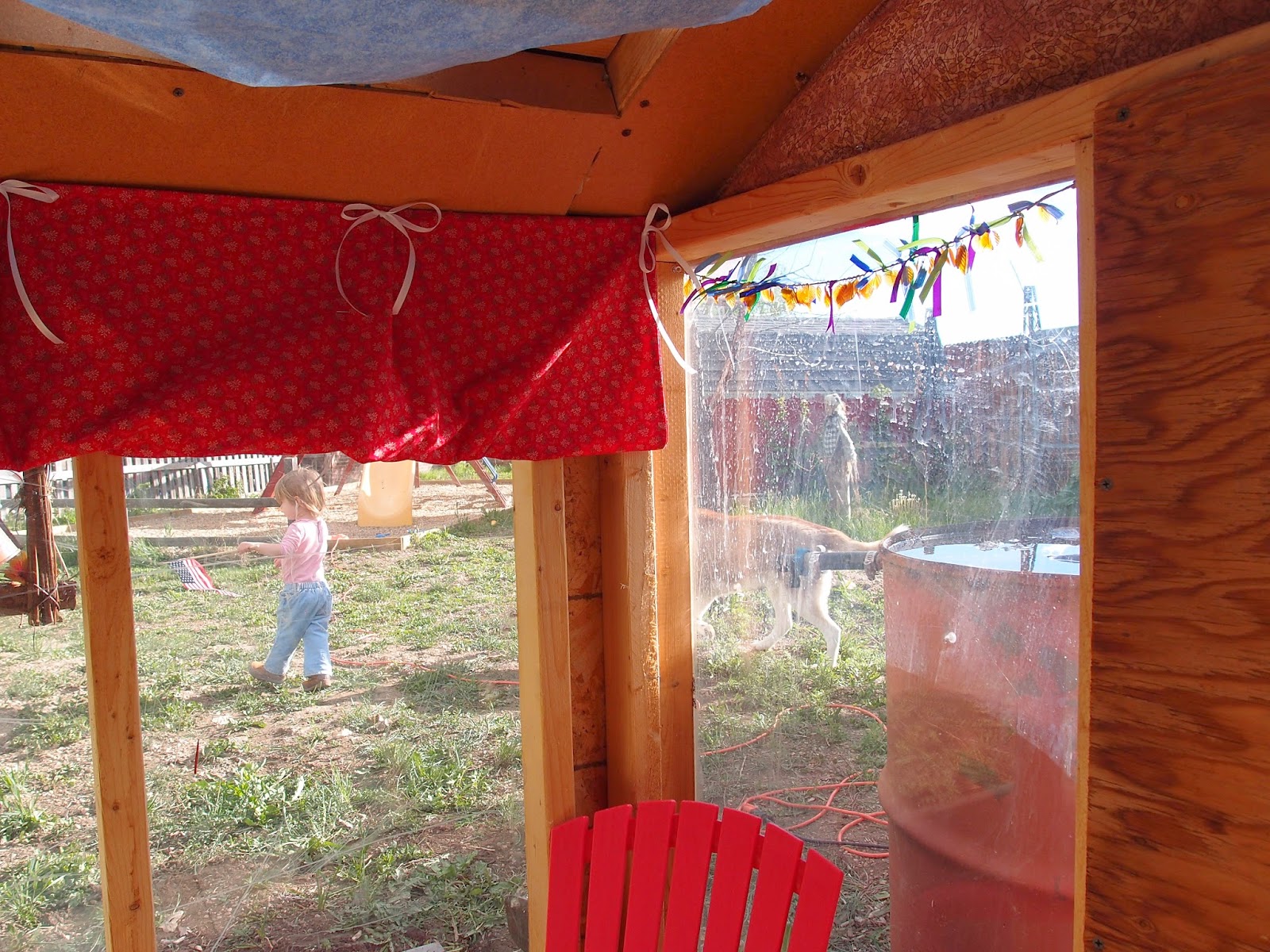 To compensate for the state of the yard in general, we put together a little planter box. We picked out flowers the first year, but every year since we’ve let our daughter pick out what to plant. Some years are more successful than others! 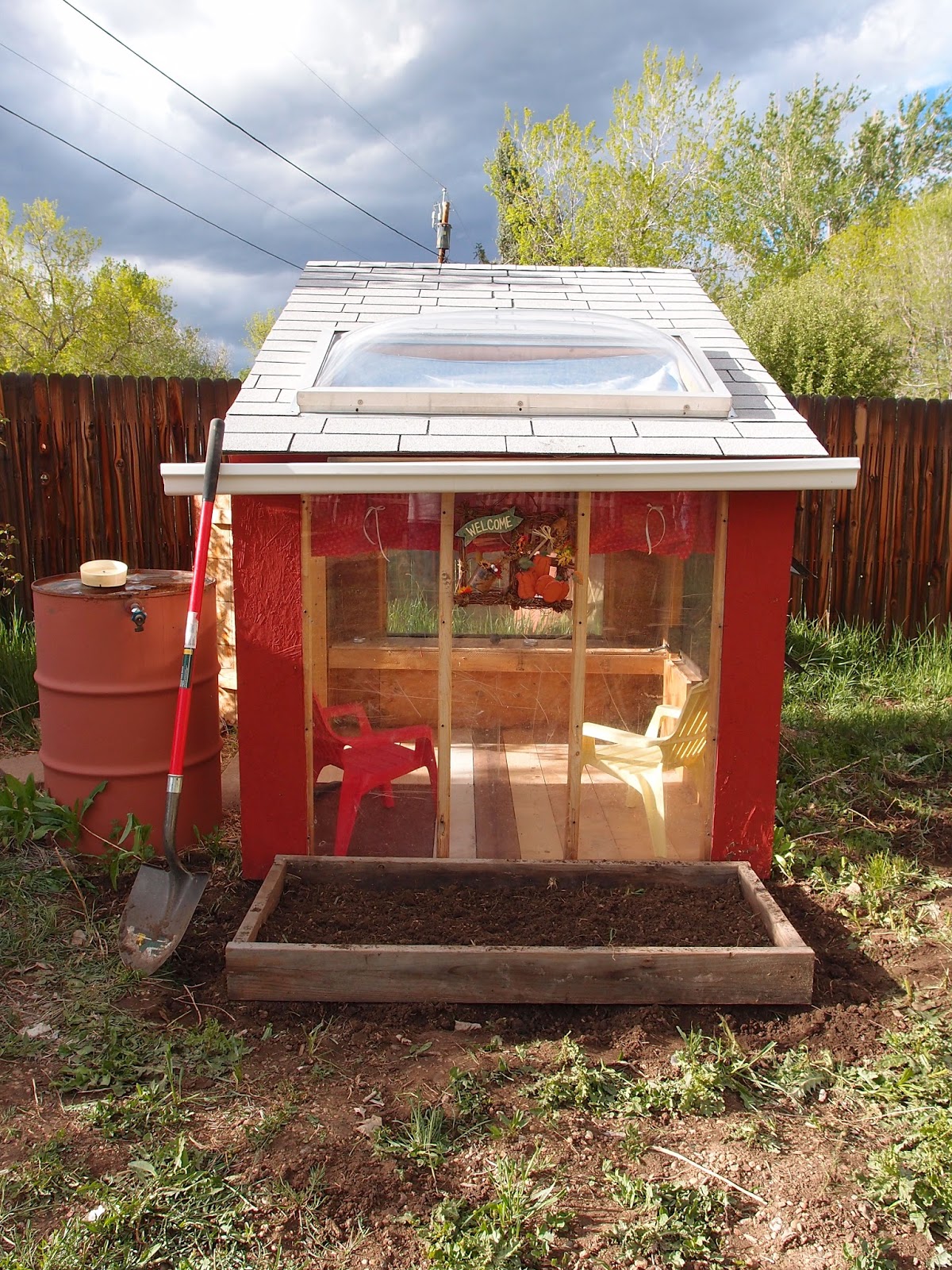 Moving in some friends, toys, and kid-sized furniture. 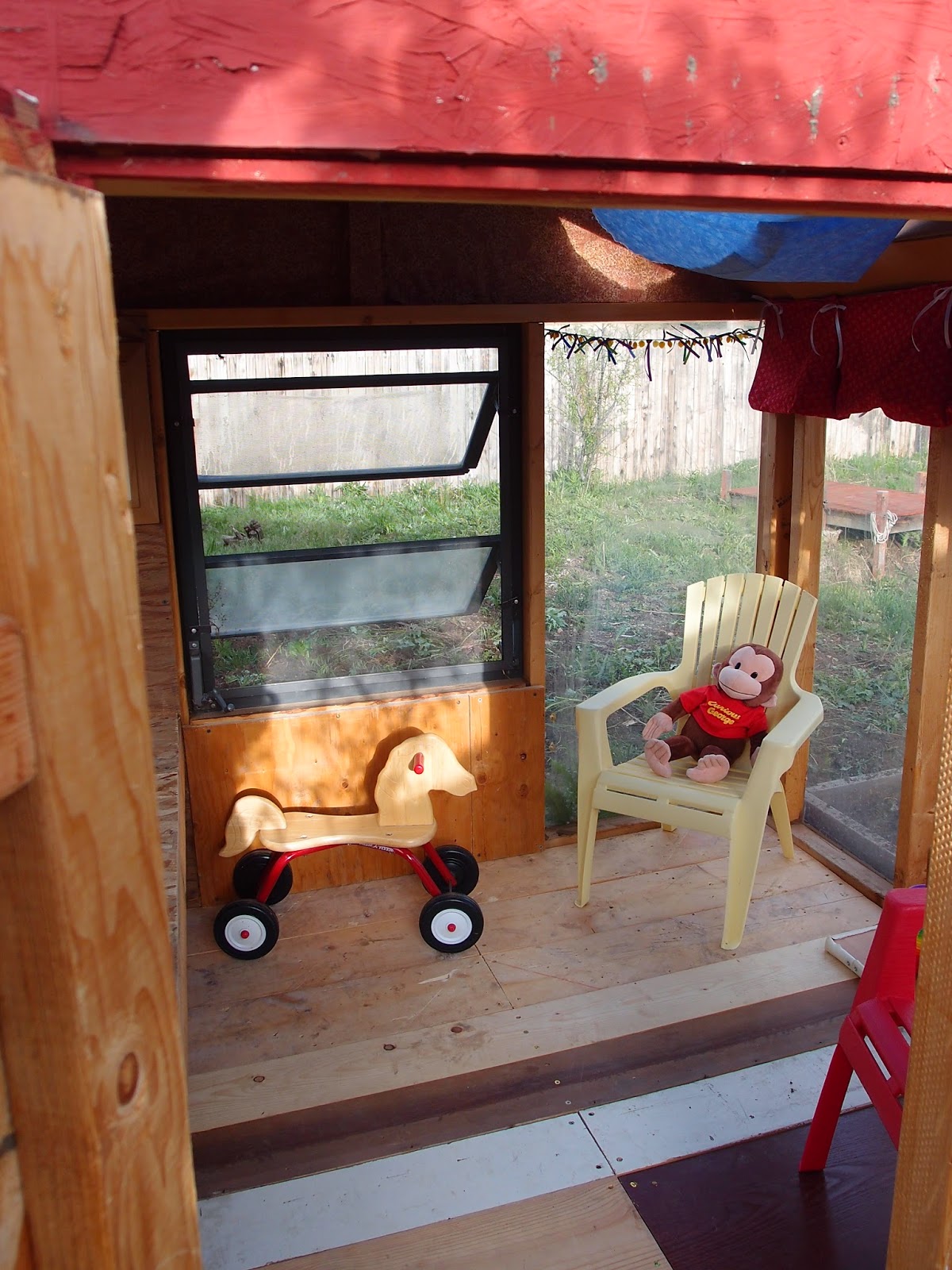 Pooh became a fixture in the play house. 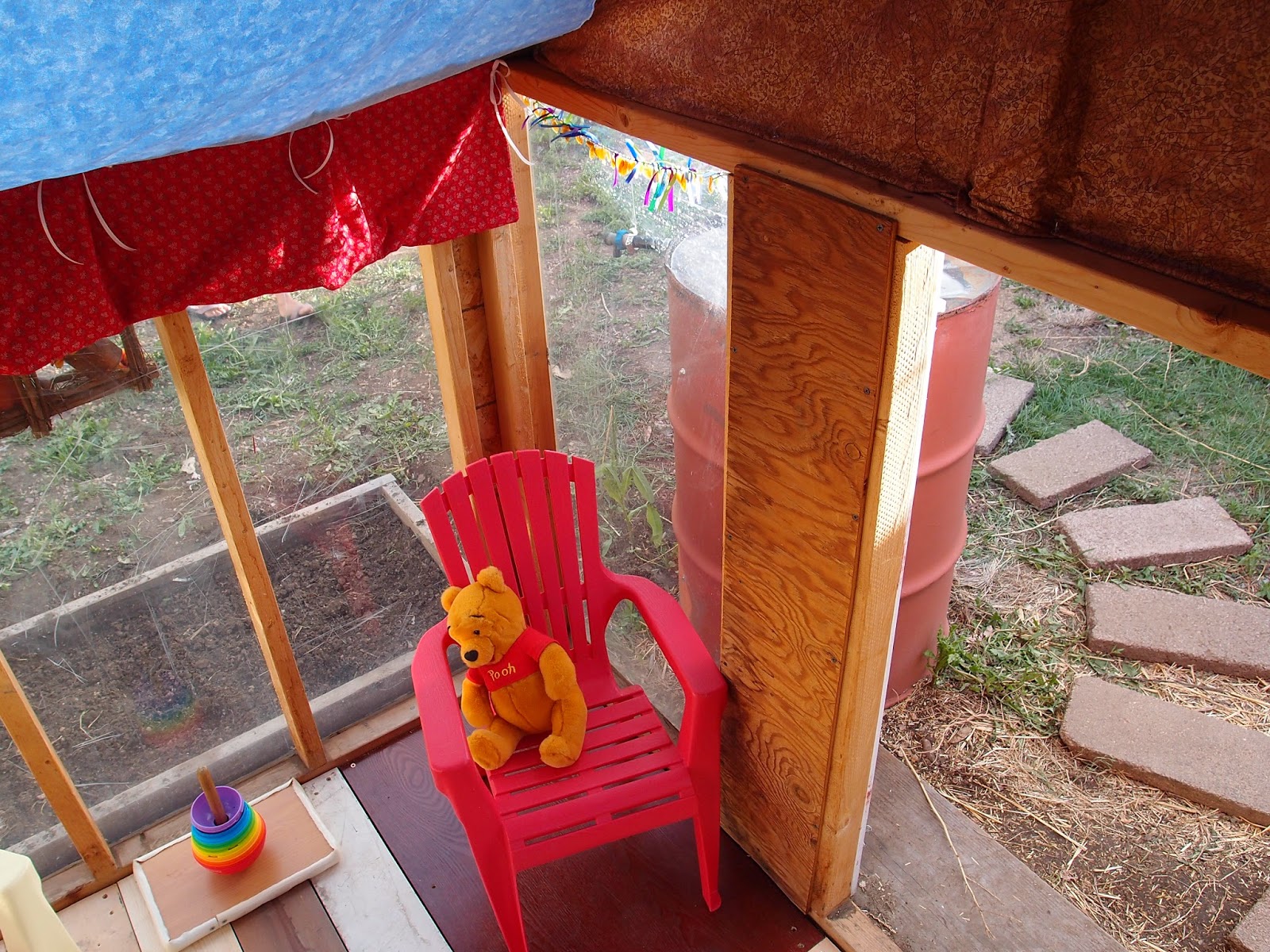 Tinker Bell approved of the flower choices; my wife did some stenciling of butterflies, dragonflies, and other little critters around the house. 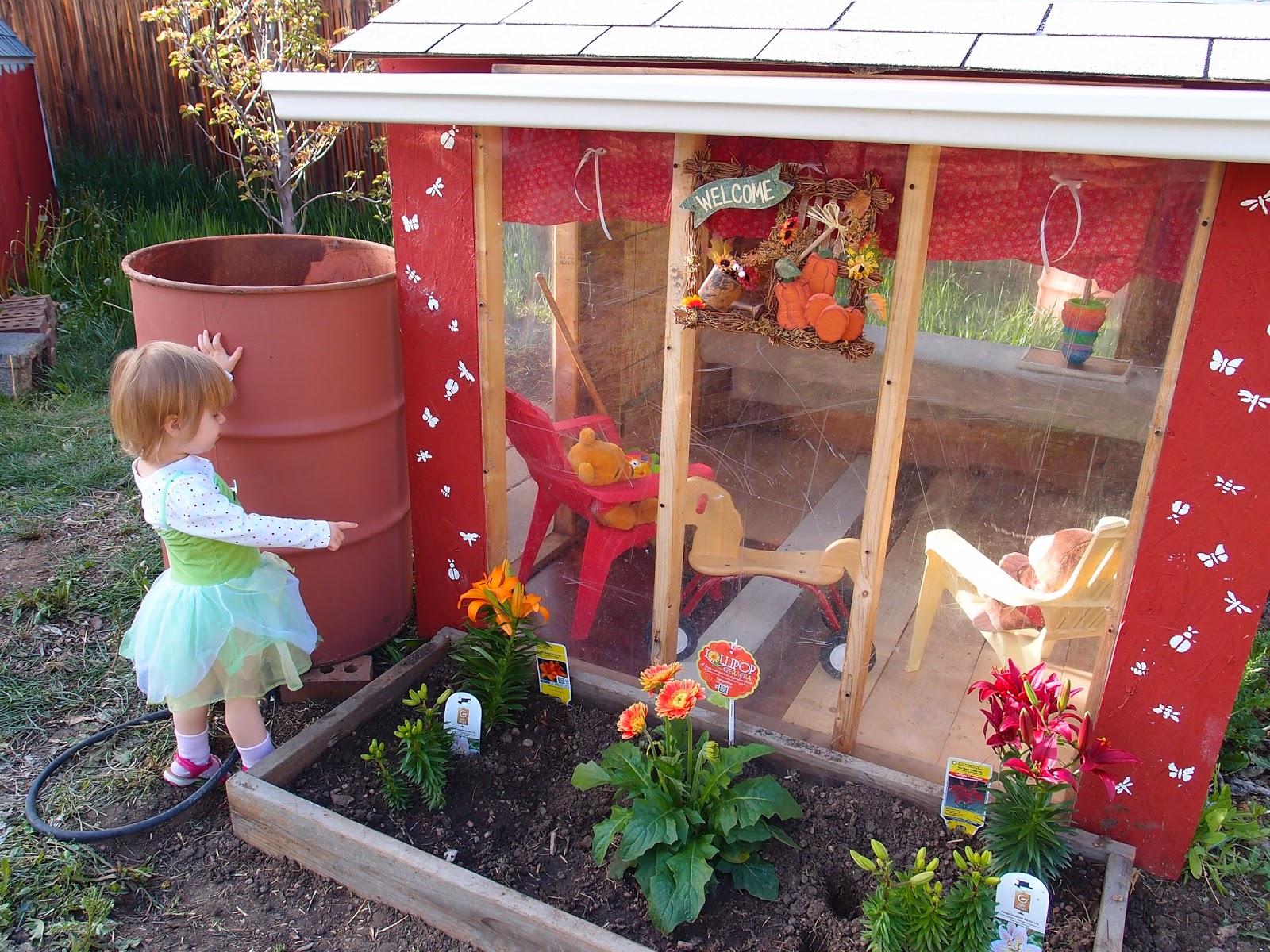 Ultimately I switched my paver plan around to make a little front porch. Something to sweep! Kids love sweeping until they're older. 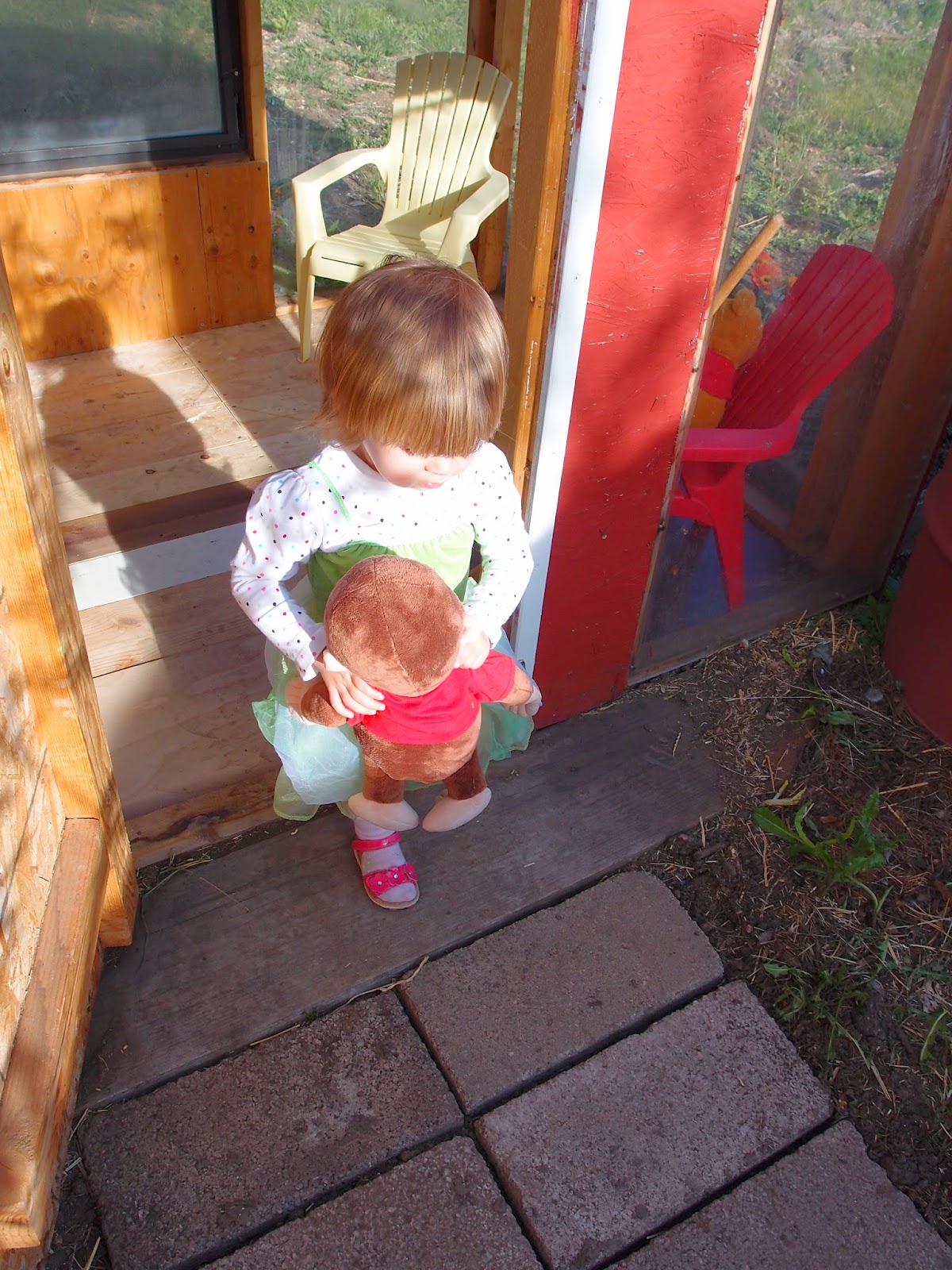 I wrapped the little perch/shelf with a carpet remnant, which made it a little more fun for small hands to fiddle around with. 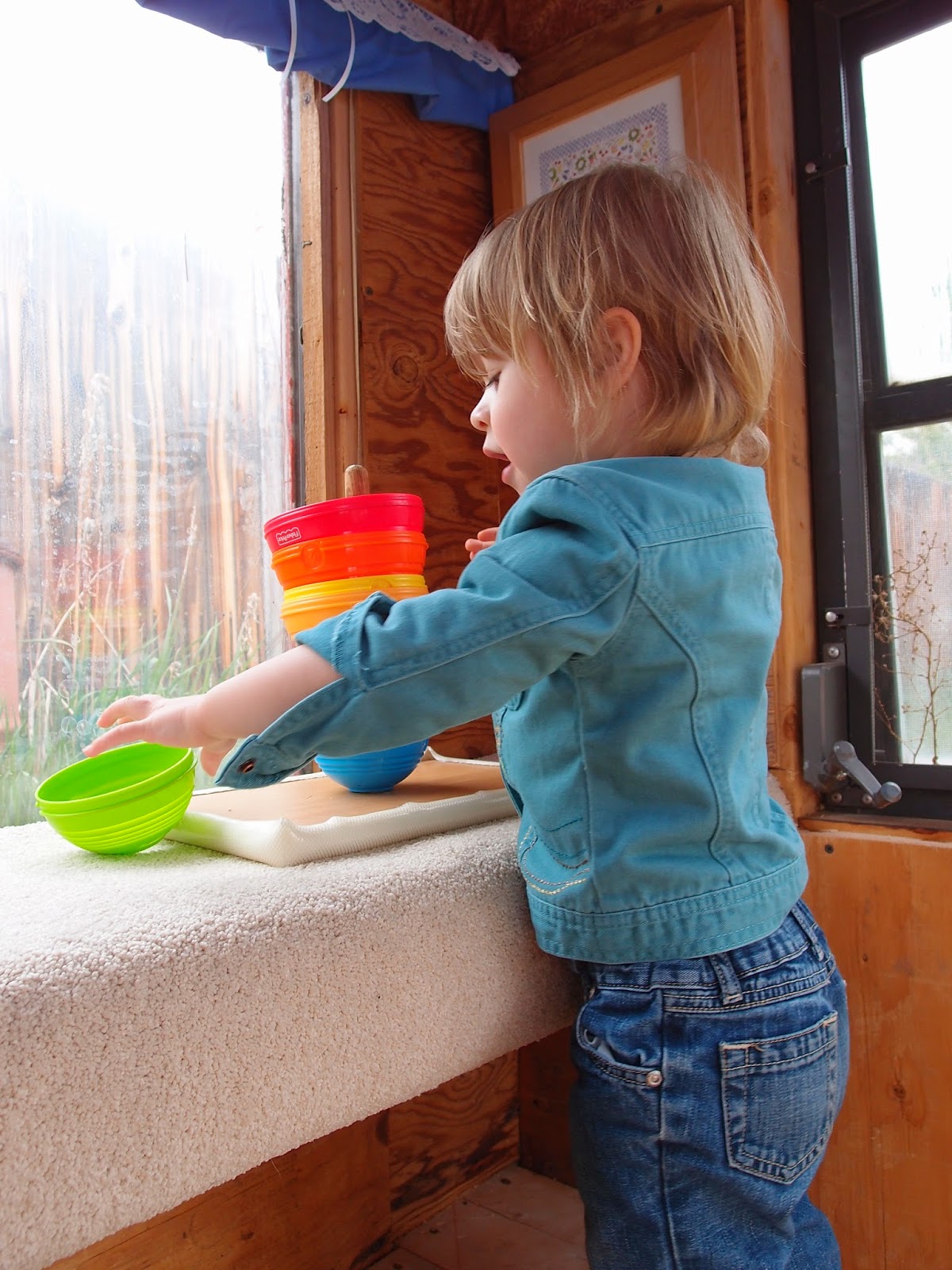 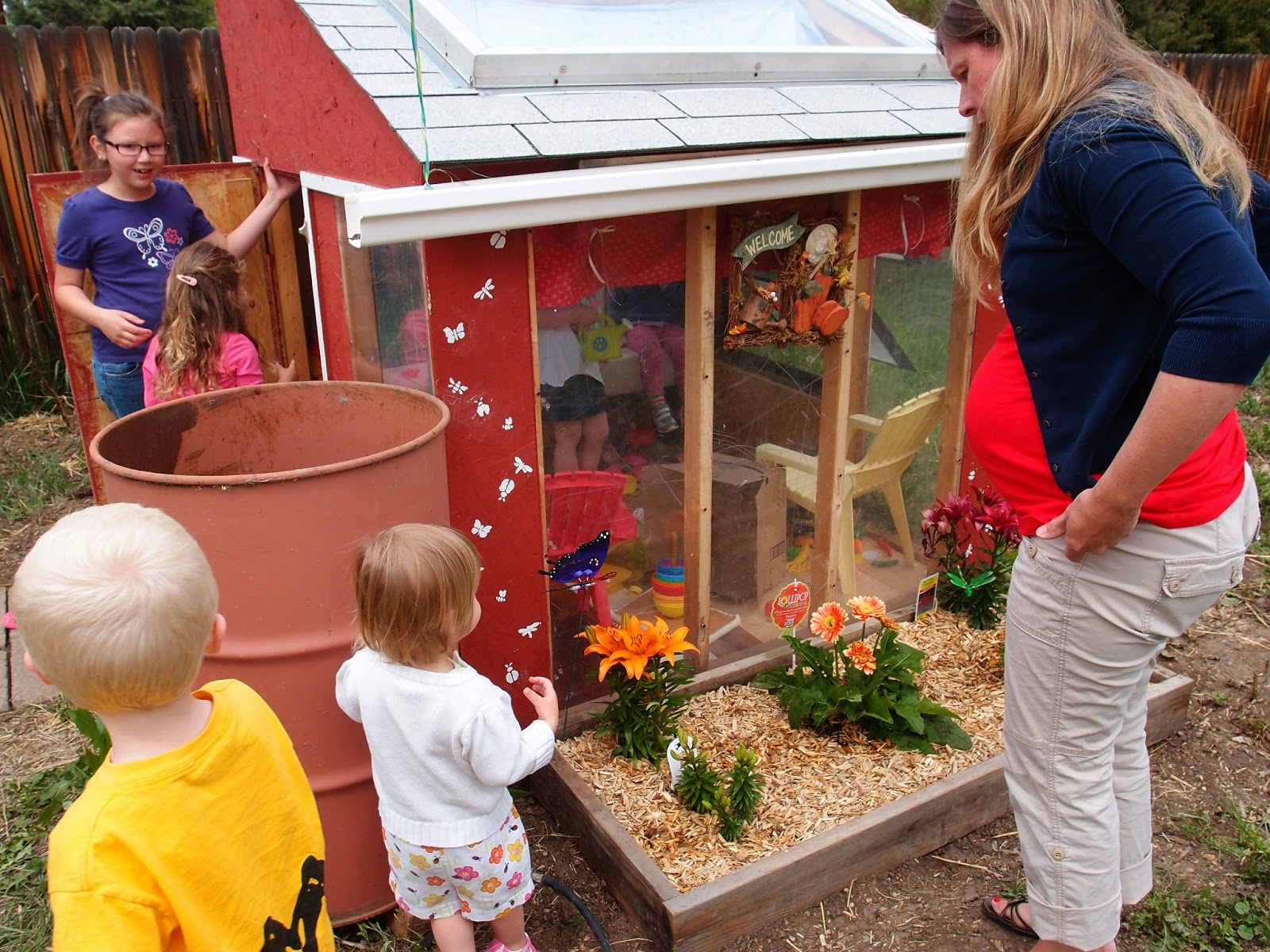 Later I made this little shelf for her cooking stuff; it sort of turned into a kitchen area. 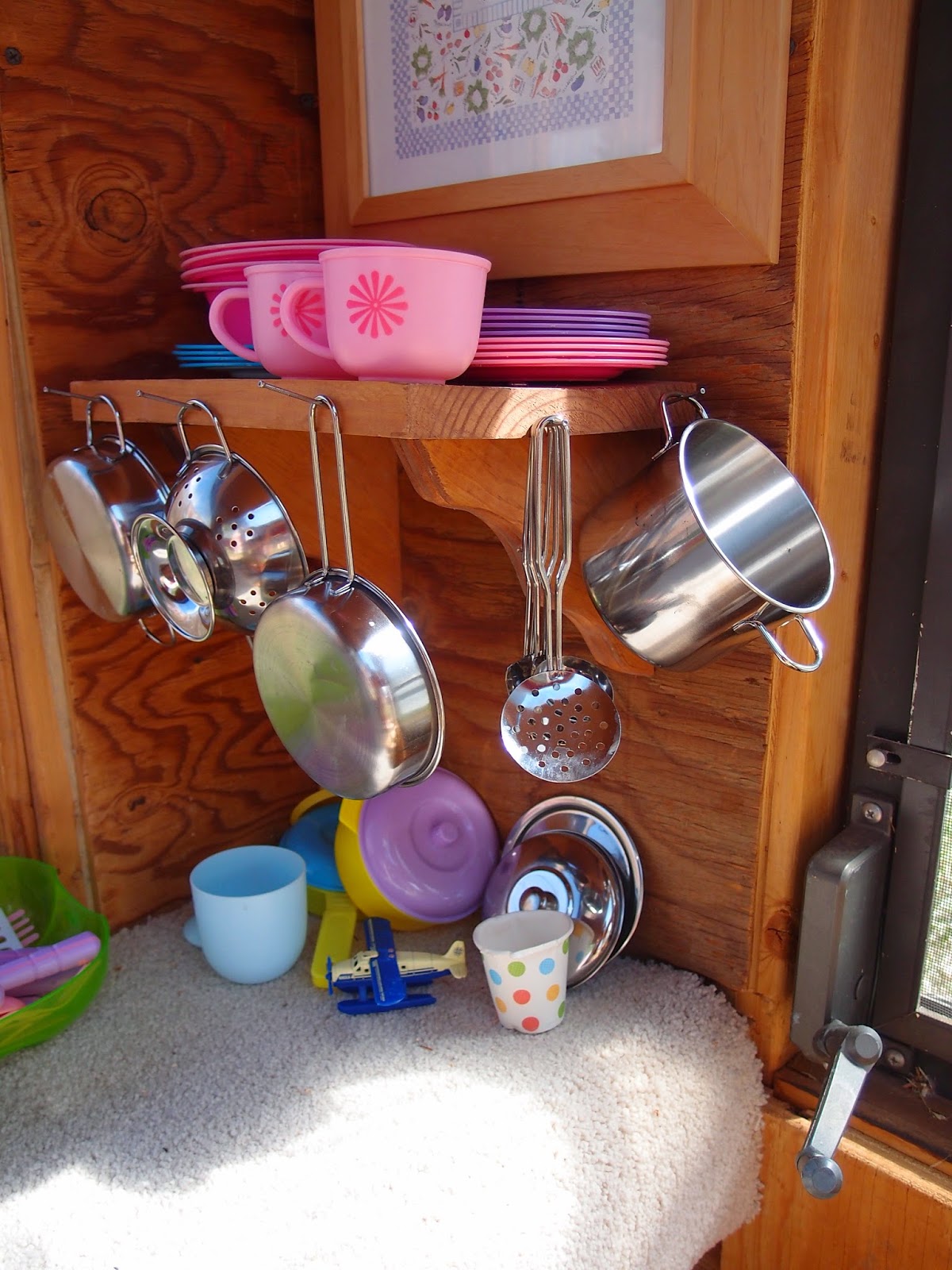 The fun thing about this project is that now, years later, she’s starting to outgrow the playhouse (what with a treehouse out front and all), so she’s been letting us know we should think about converting it back into a chicken coop — and get chickens! We’ll see, I’m not sure I want chickens necessarily, but from my standpoint it’ll be an easy job switching back from playhouse to chicken coop again.

On to the VW Bus Bed Build, the Treehouse Build, the Solar Stock Tank Swimming Pool or the Monster Tub