Drywall and Creative Plumbing for the Monster Tub 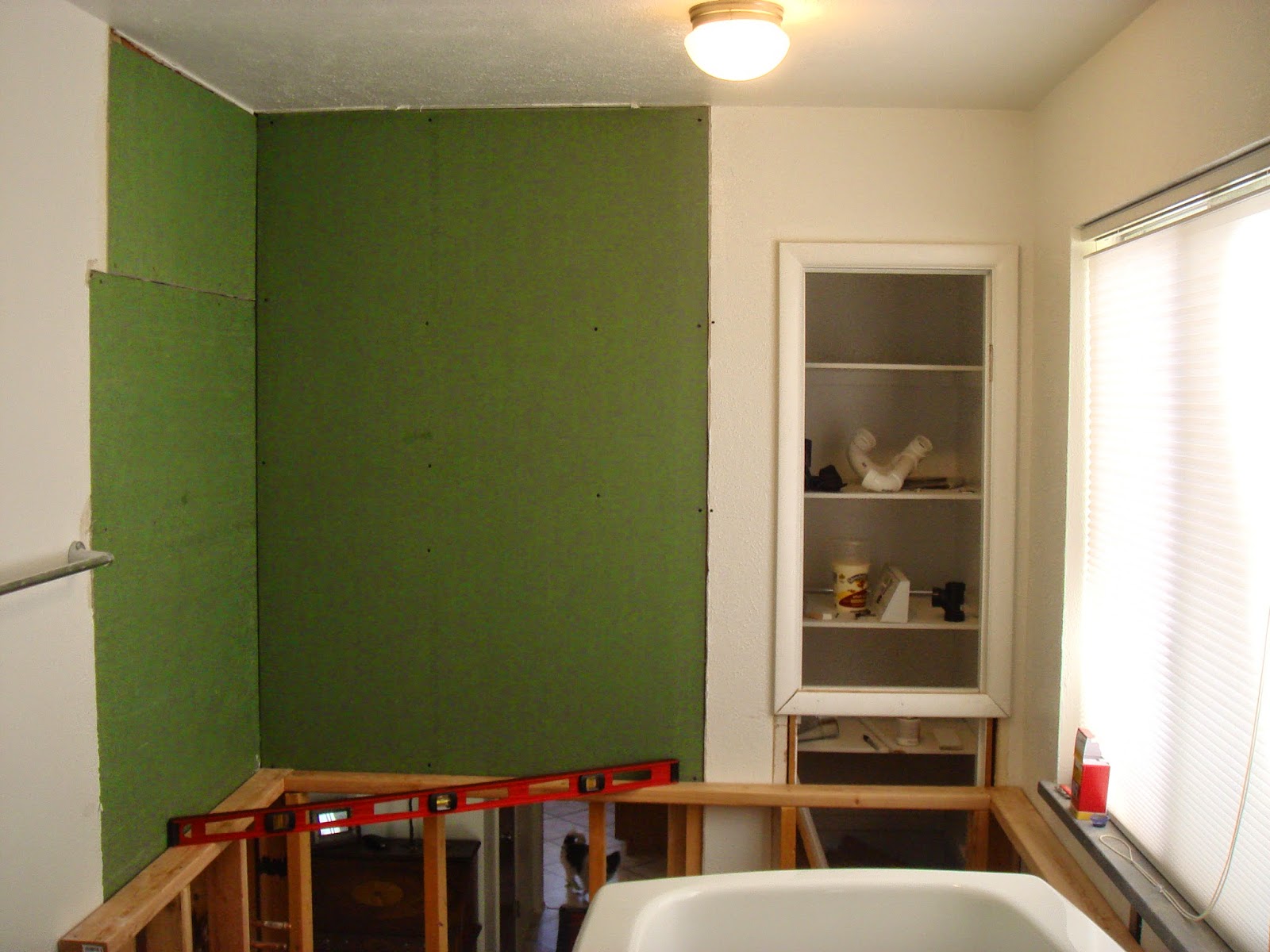 I used some green drywall board I had laying around, as well as a couple of white sheets bought new. Here I’ve progressed on the tub box walls (dead-on level! I'm so easily pleased...), and I've decided to turn the closet into a little shelf, for towels and what-not. The tub waits patiently in the other half of the room — remember, it’s just a 6x9 space, so I wound up scooting it around a lot. 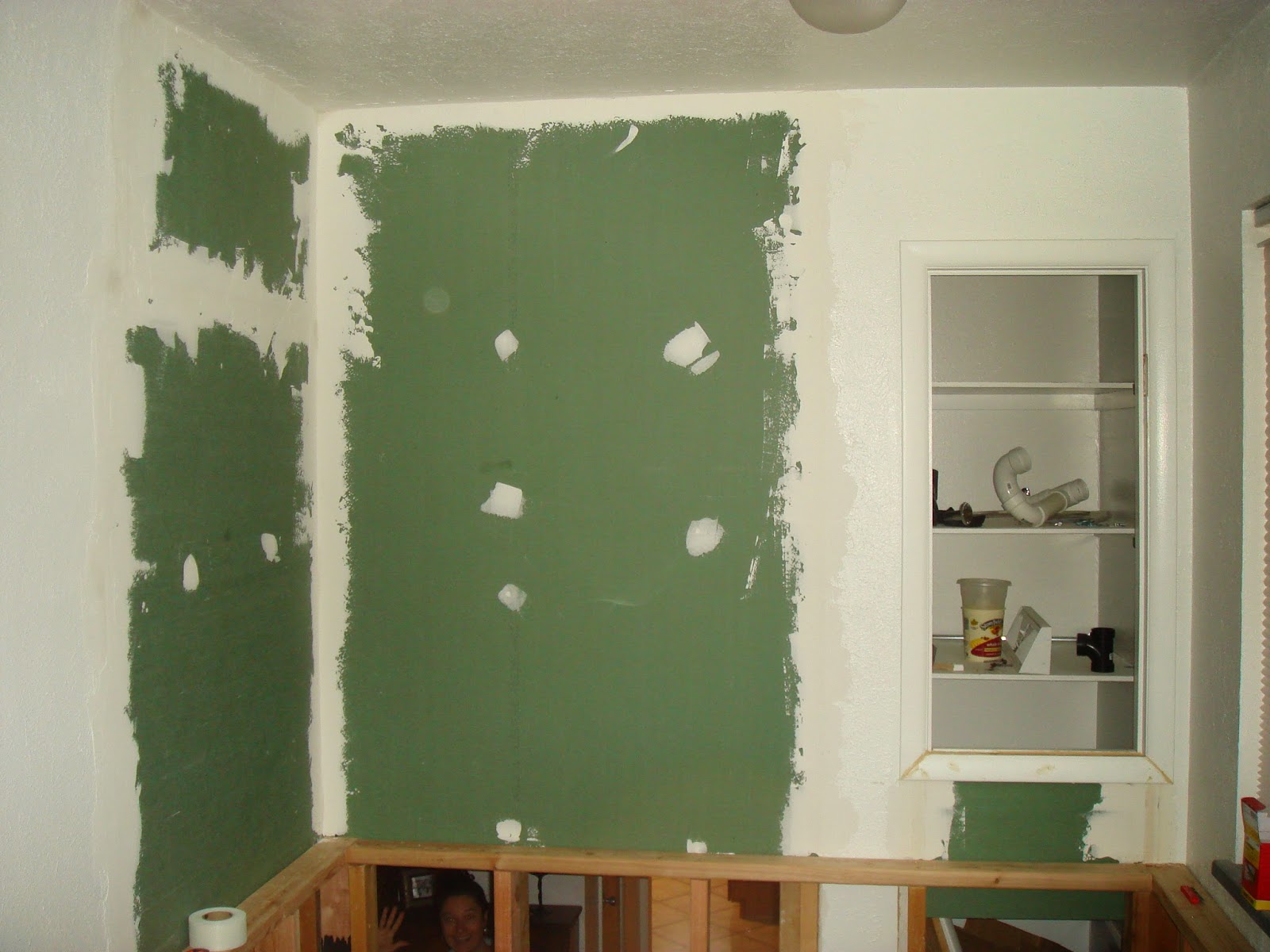 A little more drywall in place. My wife is downstairs, waving to remind me I haven’t closed the hole in the wall and it’s been like a week or two now. Sorry, honey. 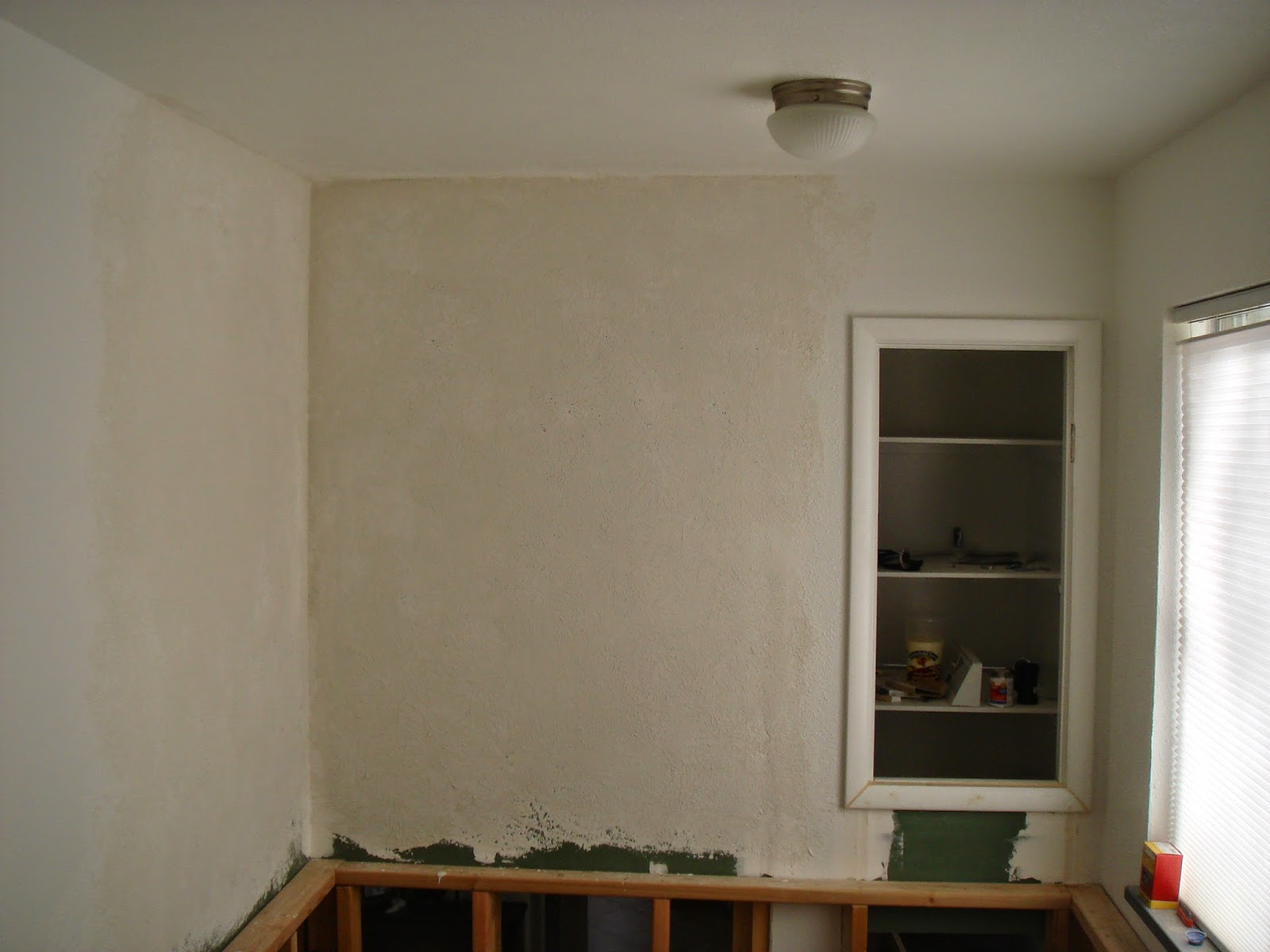 Tape and texture! Heavy texture covers up a lot, thankfully. Also that’s what the room already had on the side I didn't tear up, so I matched it. You slather a bunch on, then whack it with a brush. More or less. 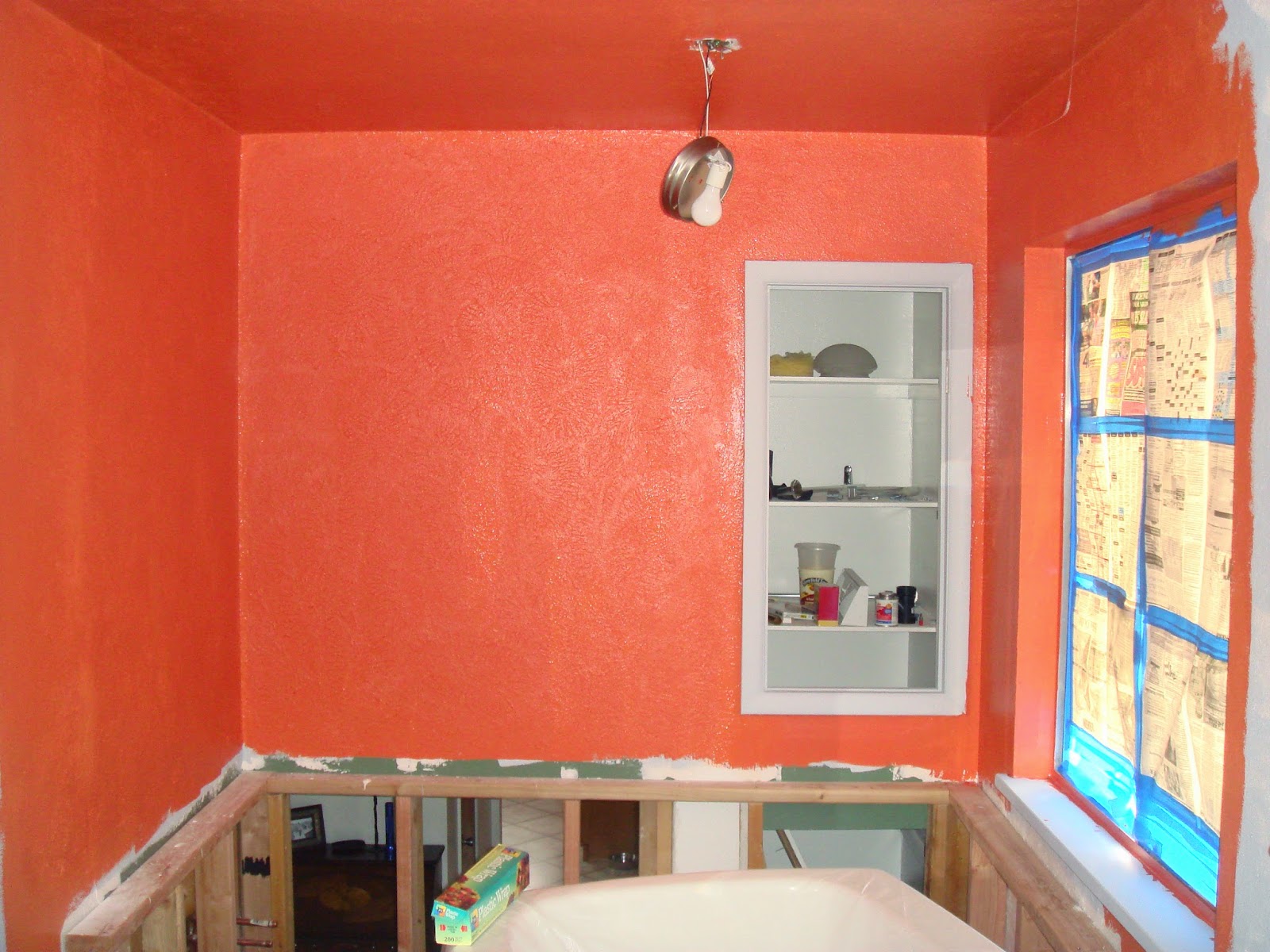 Ah, the orange. I bought two gallons, barely needed one. This is the paint I eventually pulled out for the VW Bus Bed project. My wife picked it out. I figured I'd do the painting before I had the Monster Tub in, to spill less junk on it. Also it was easier to stand (and put a step stool) on the floor, rather than in a tub. 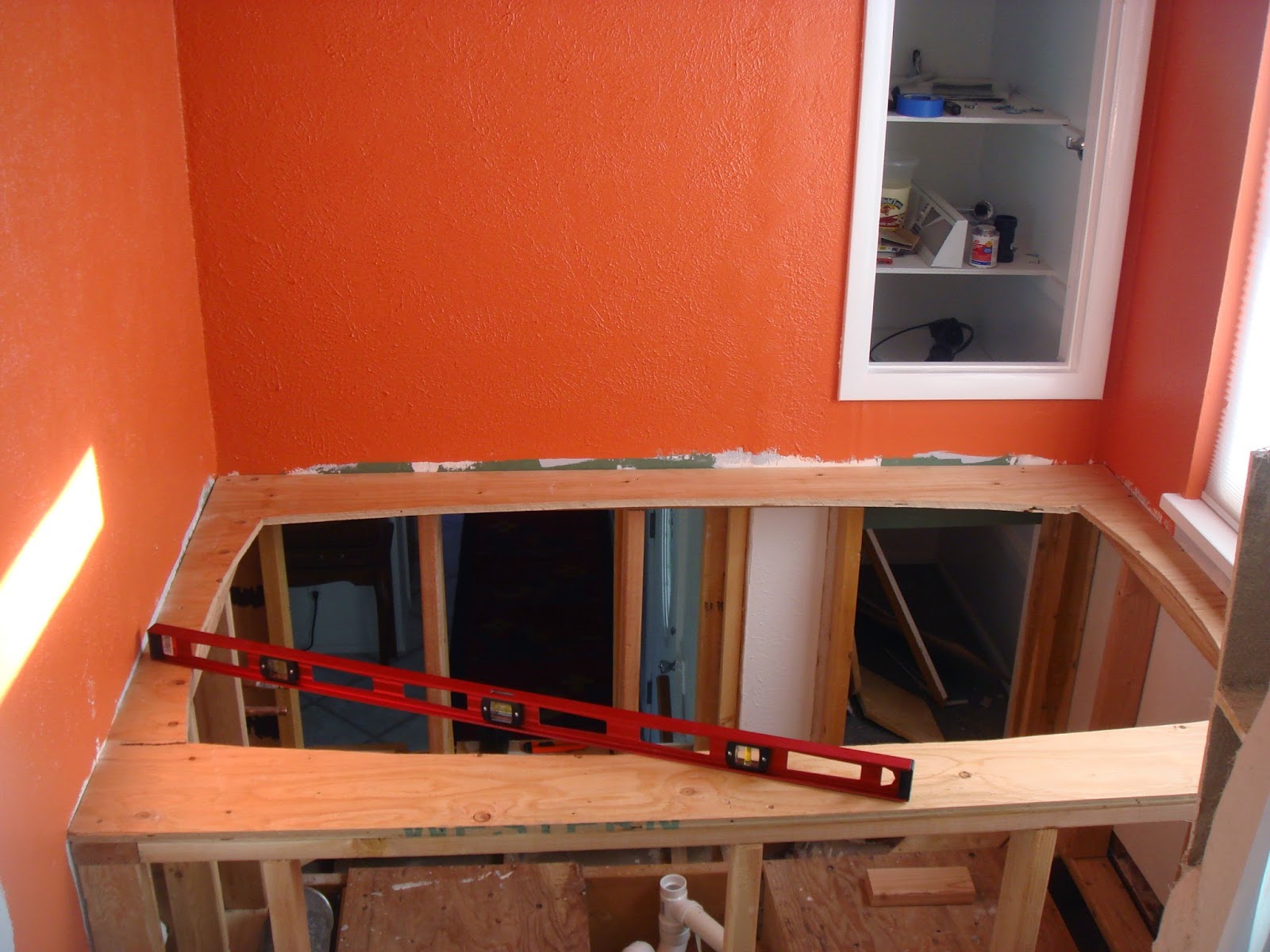 So I cut my plywood to fit the box, then traced the tub and jigsawed that bit out. Again, you might see the curve matches the eyebrow on the VW Bus Bed (I kept the plywood. I do that.). And the hole to downstairs is still there. It’s going to be there for a while.... 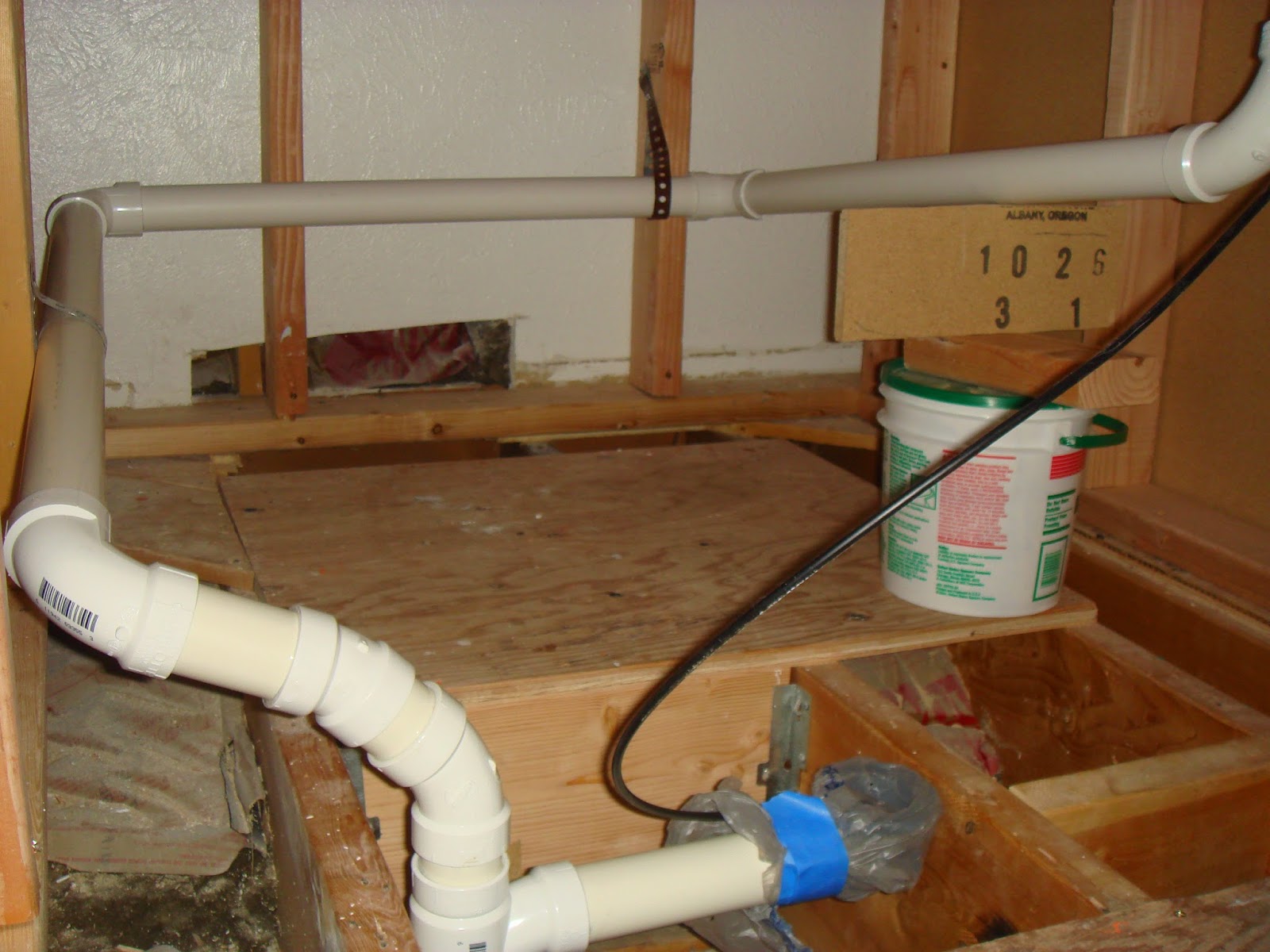 For the overflow drain/vent, I realized I wanted to have it on the inside face of the tub — so when you walked into the room, the first thing you saw in the tub was the (likely expensive) tub filler faucet, not the vent. Also, since it would also house the drain release mechanism, I didn’t want to have to reach over the whole tub to drain the thing. This required a little creative pipe work. 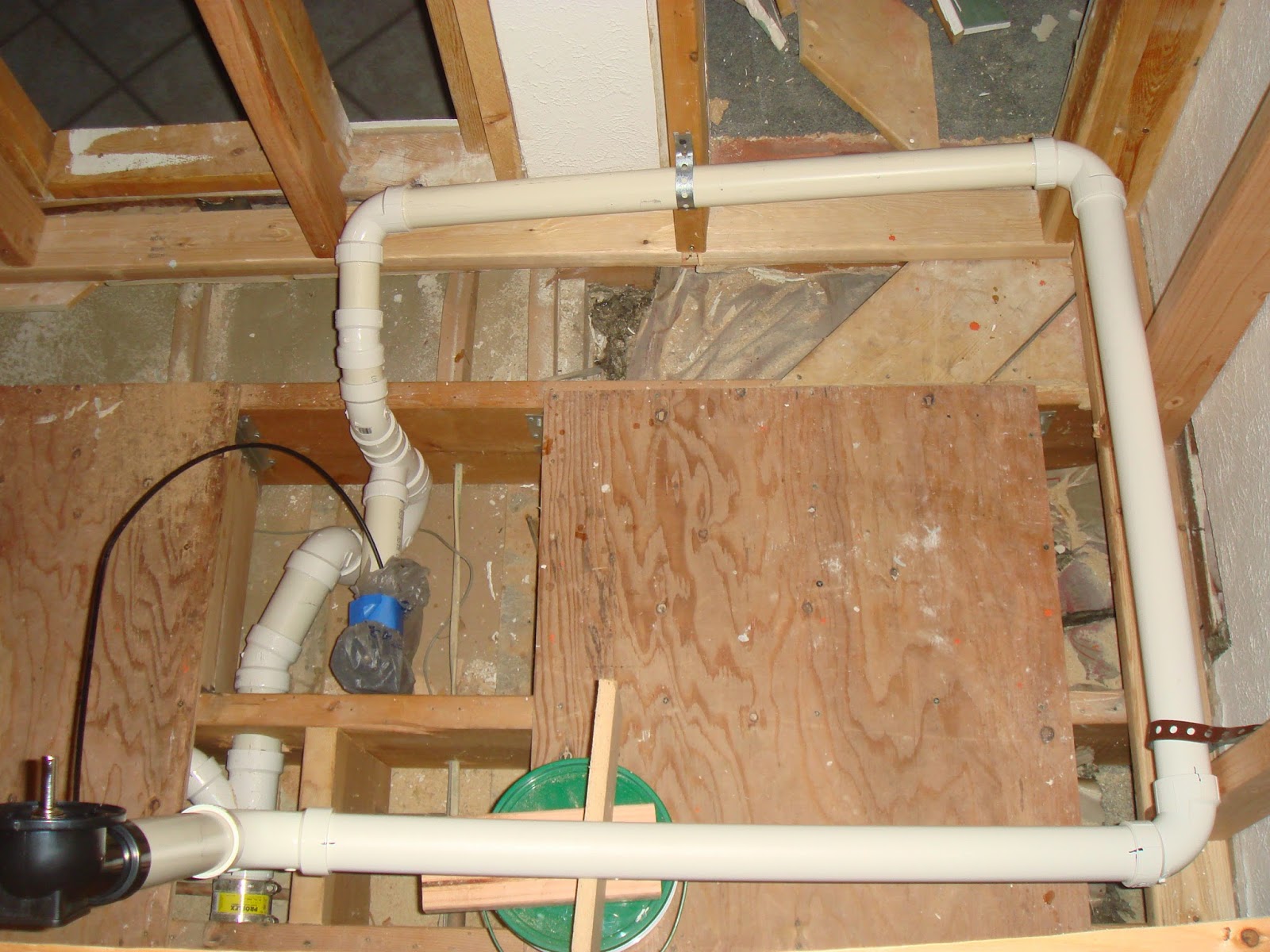 This shows it a little better; the black cable goes down to the drain plug mechanism (which is wrapped in a plastic bag so I don’t drop stuff in it). 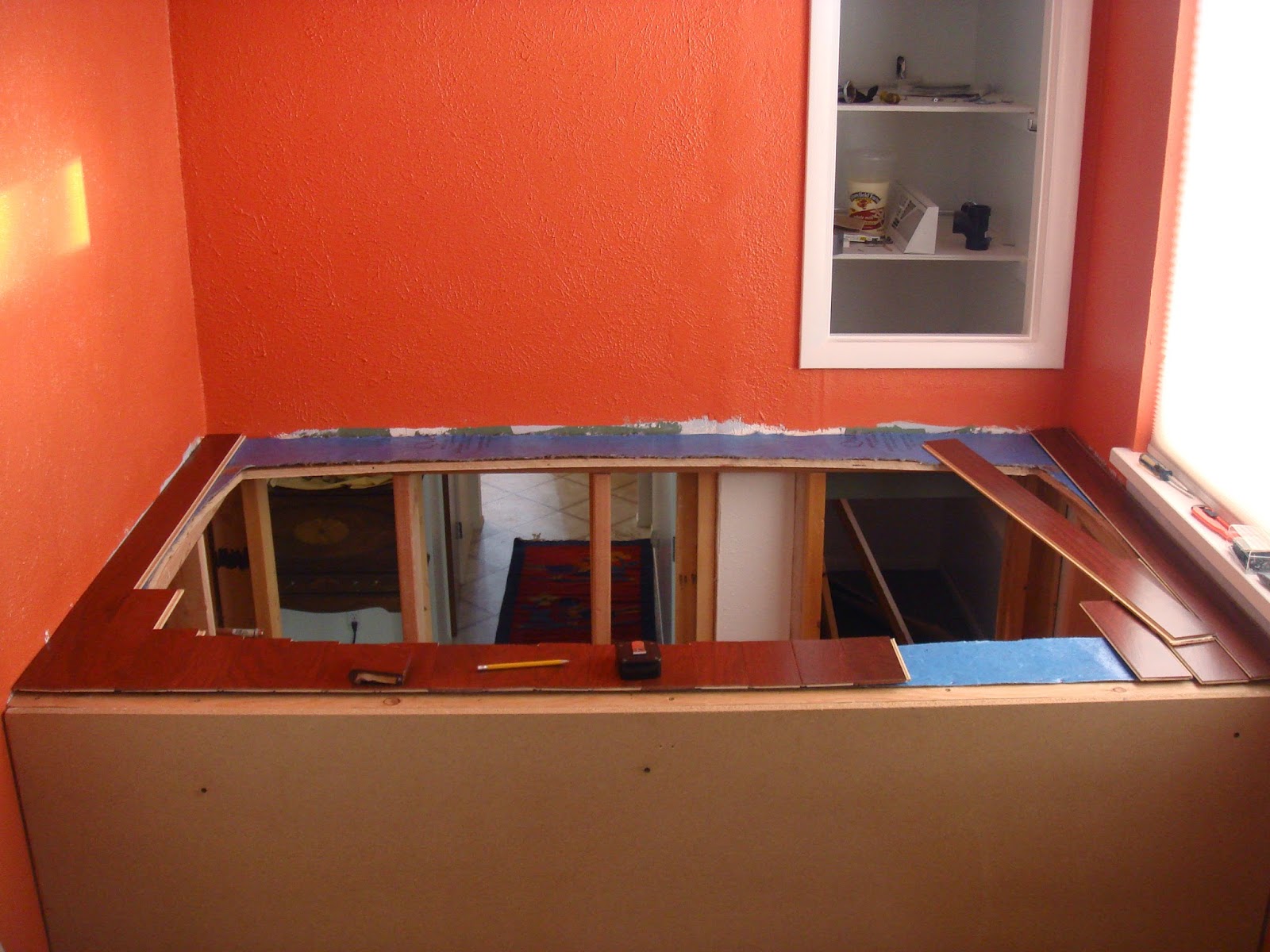 Next, I wanted to finish the tub box with wood — because I thought it would look neat. But with the water right there, I needed a wood "product", so I chose some pre-finished lock-n-click (or whatever it’s called) wood flooring, two boxes of which I found on clearance at the big box store. I put down the foam padding first, then hand-cut a bunch of pieces to go around the tub hole. 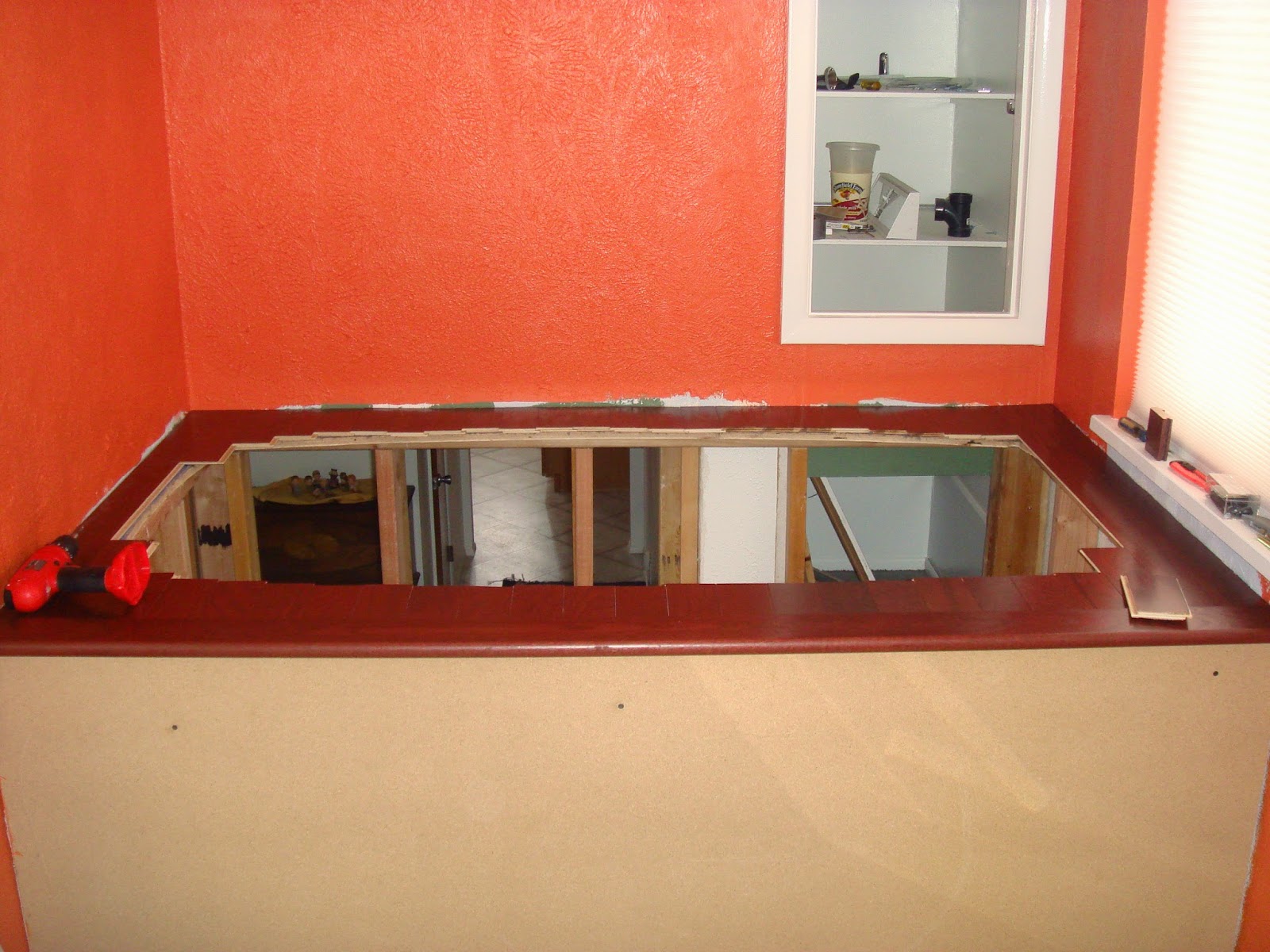 I stopped cutting a nice curve around the wood once I realized it wouldn’t show under the tub lip. My next trick would be some complicated hot-’n’cold plumbing for the Monster Tub.

On to: The Monster Tub, Part 3