My daughter's 3rd birthday party was a go; my job was to get the VW bus bed out into the driveway. I moved the panel pieces to one side first. 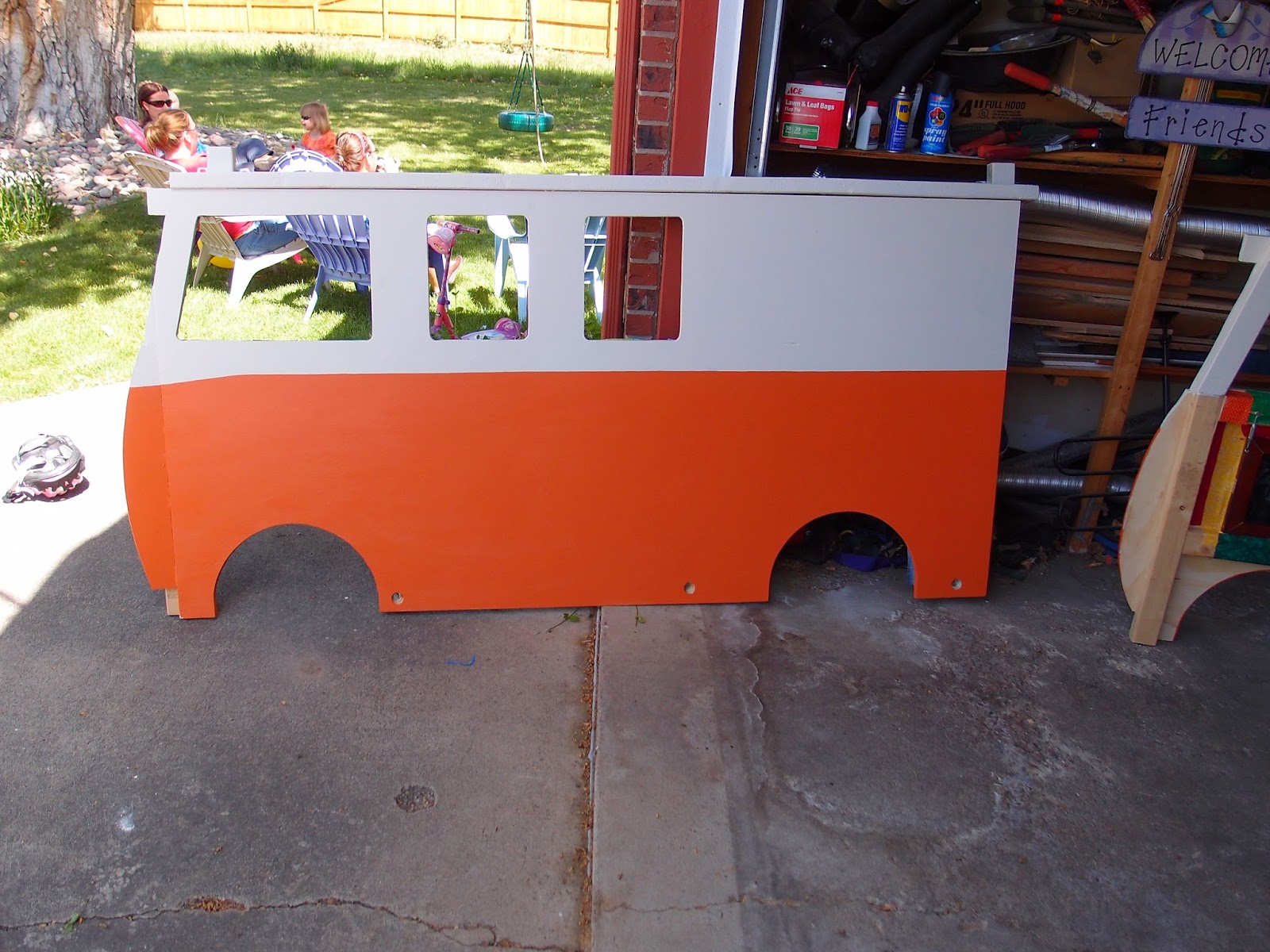 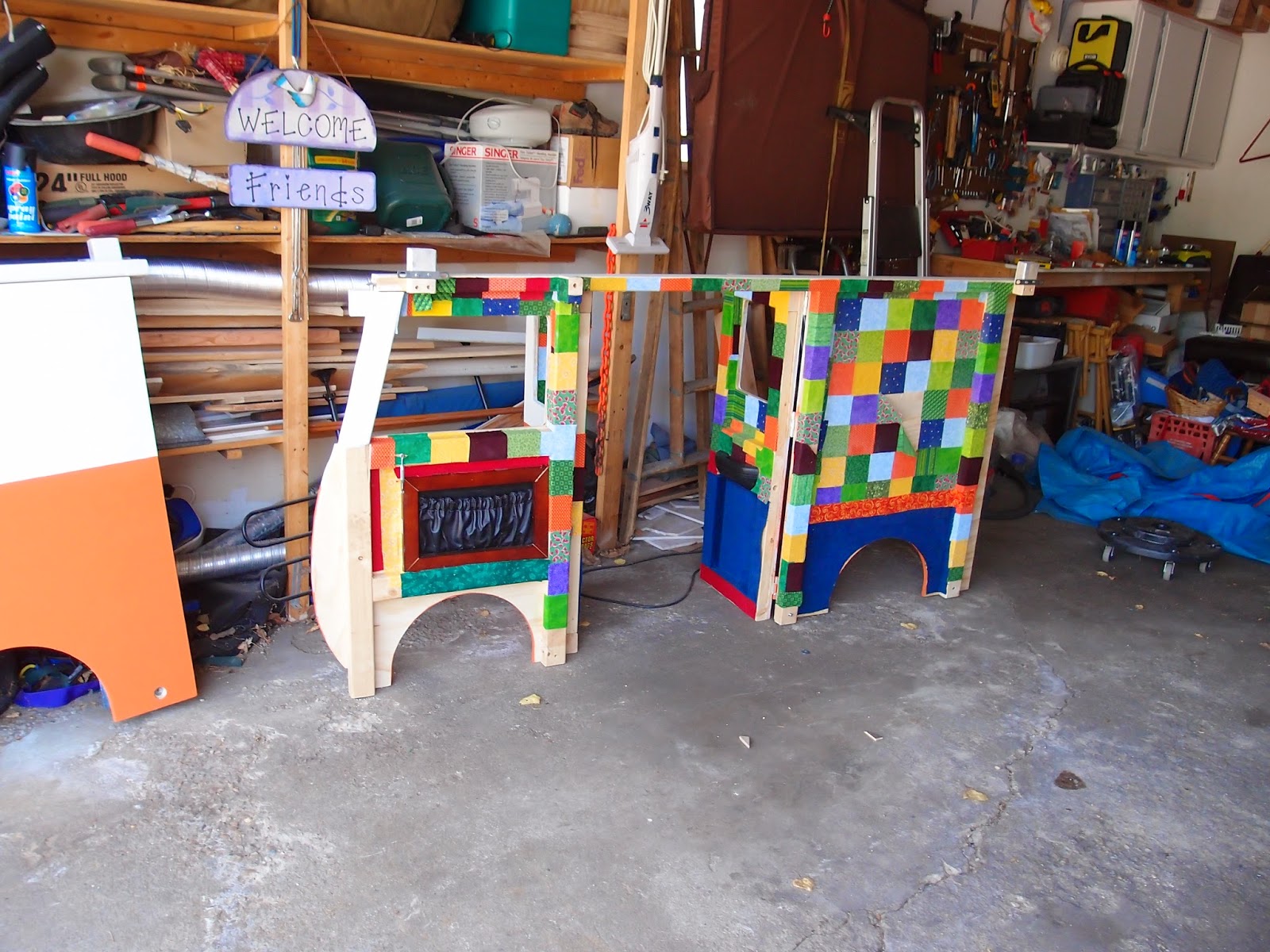 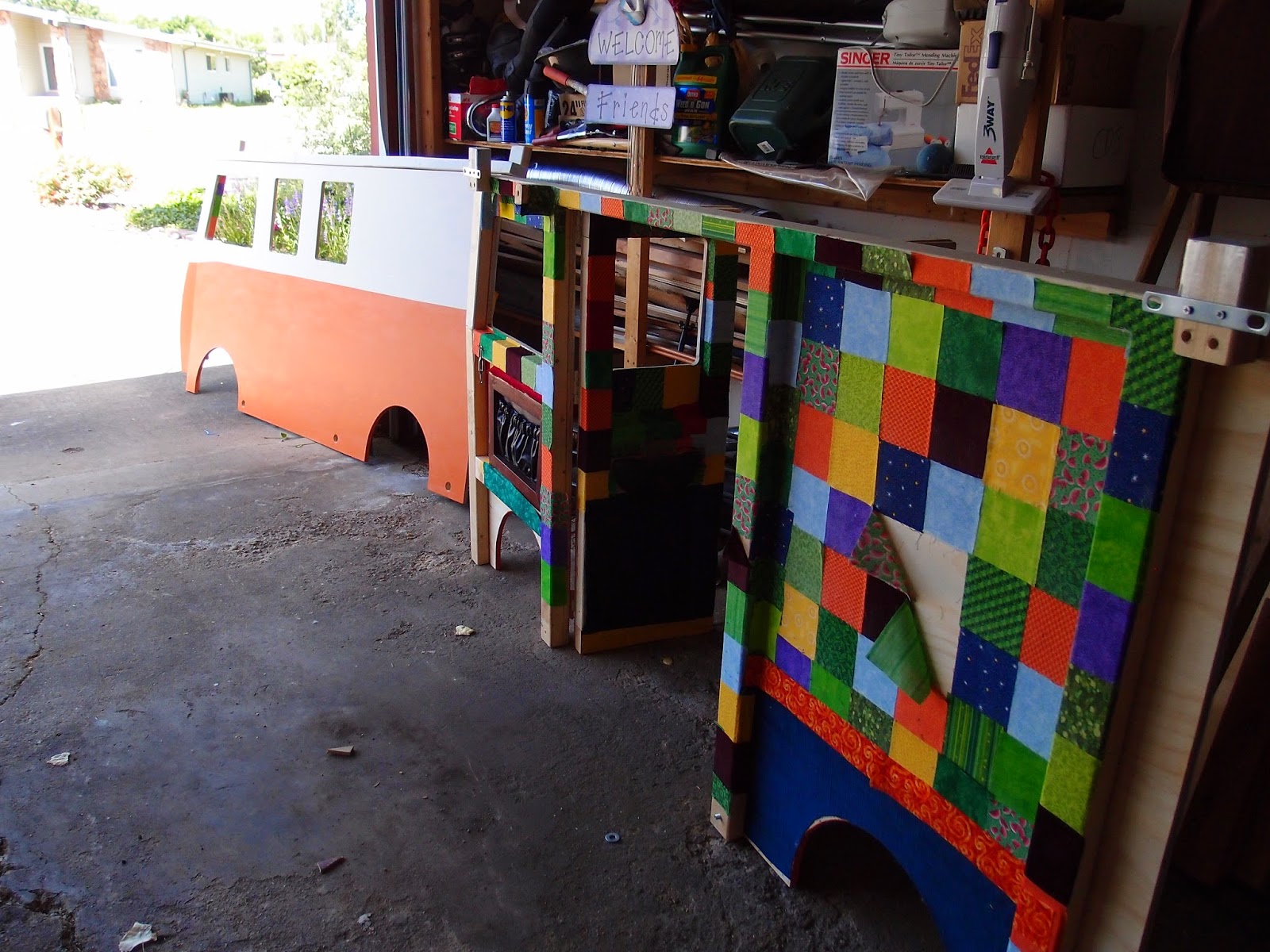 Then I (gently) dragged the main support out, attached the sides and front, tossed a throw rug inside (which fit uncannily well) and we were ready for the party! 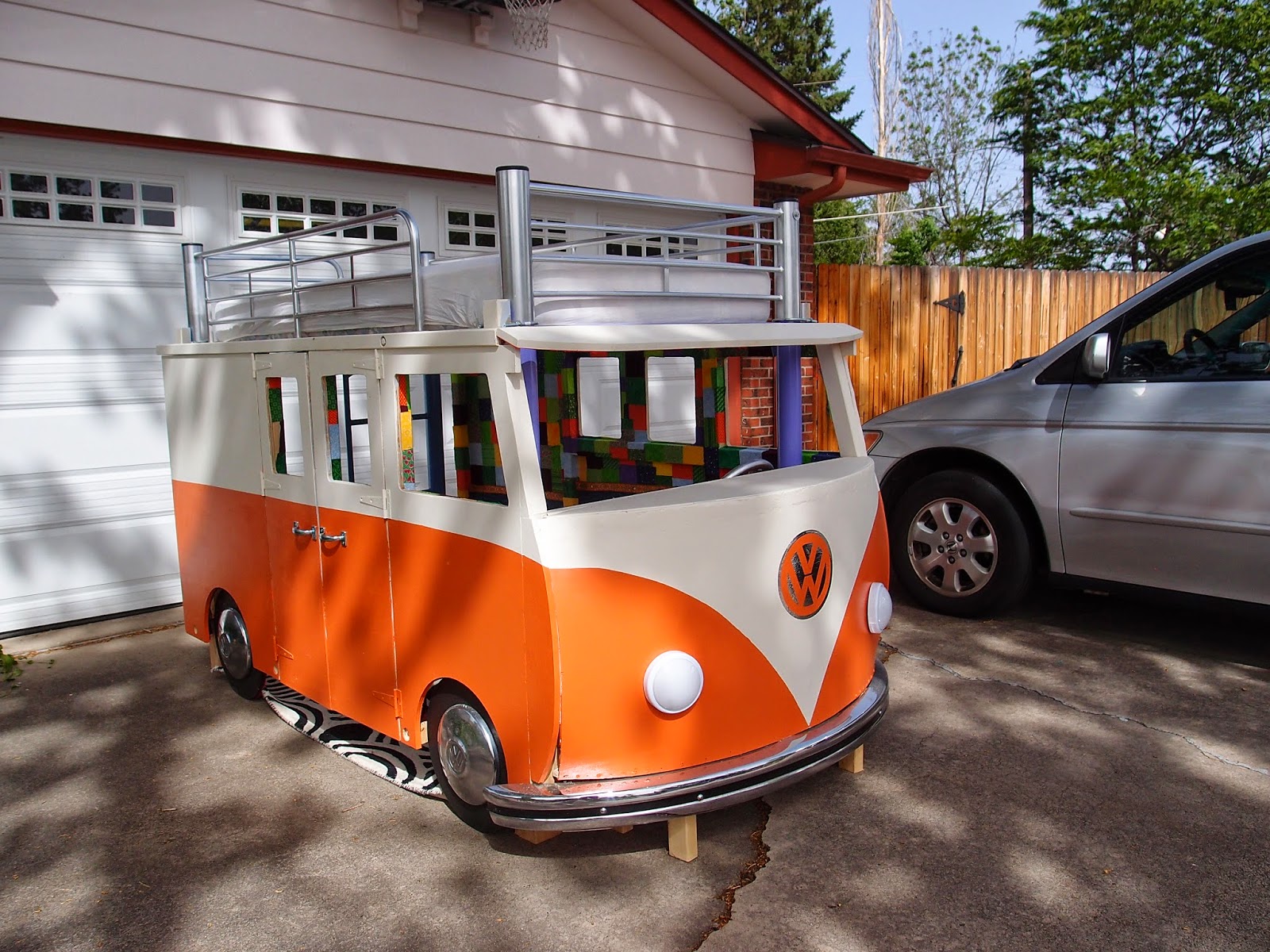 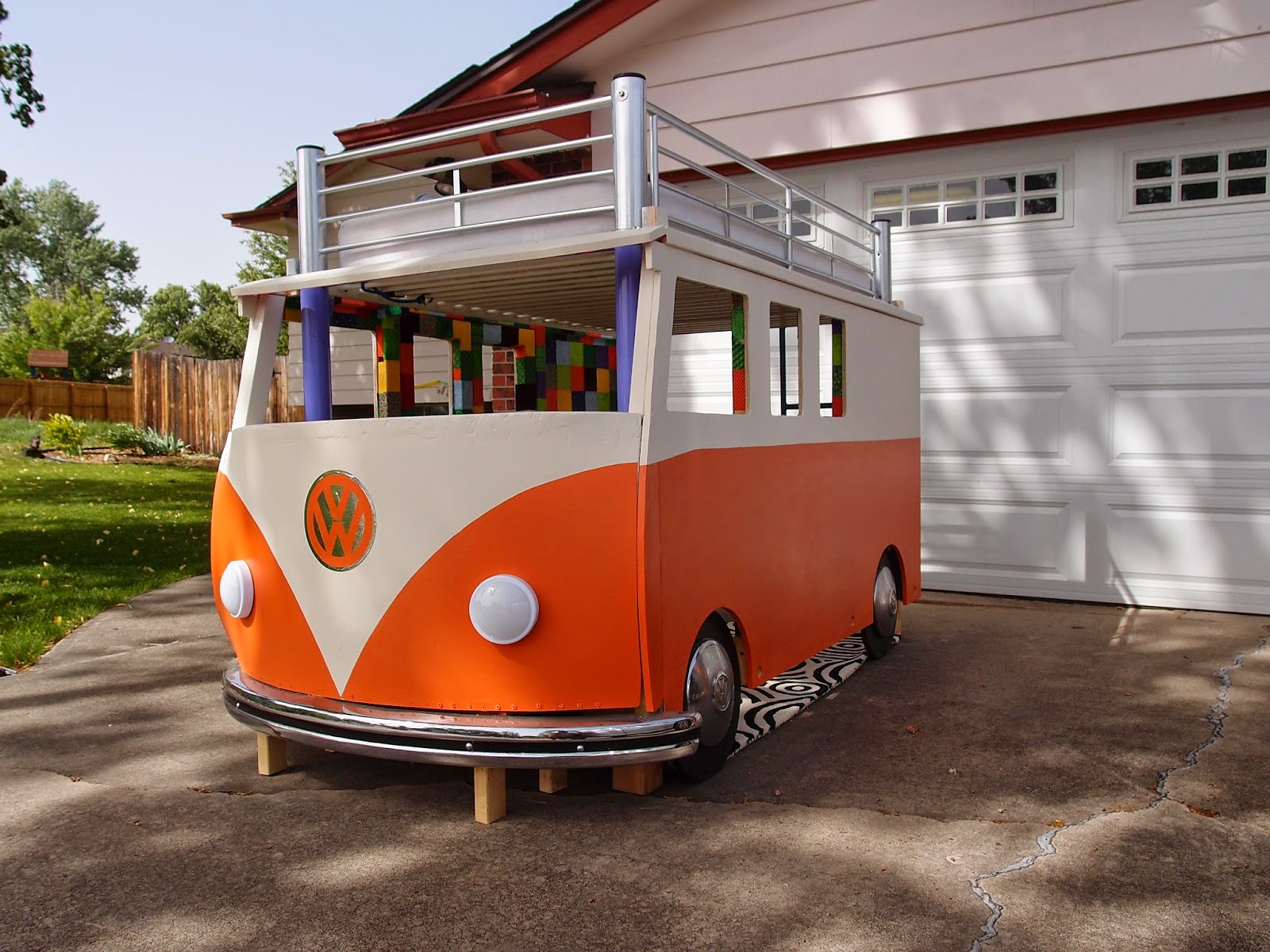 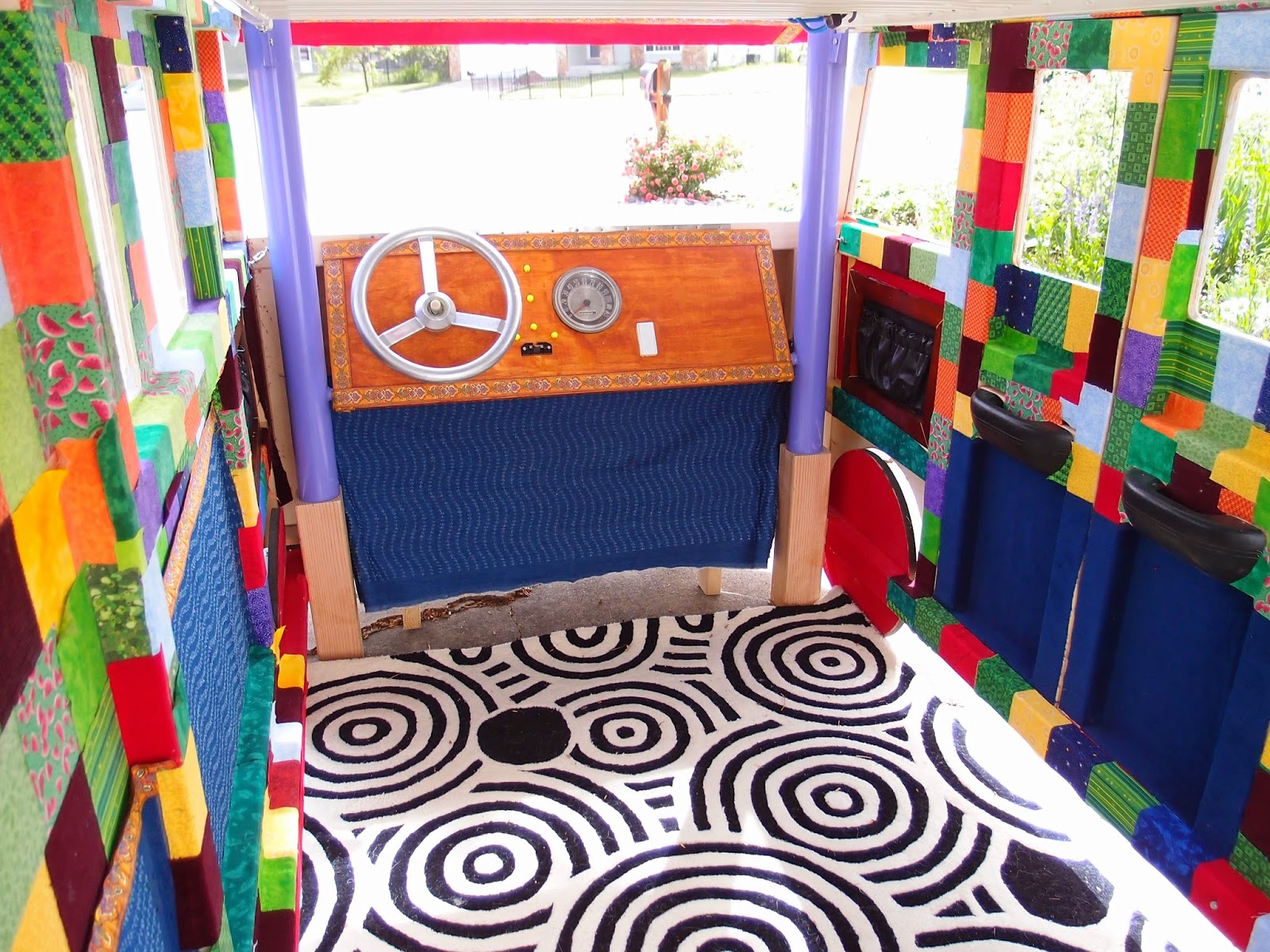 I was still taking pictures when the next door kids (from both sides) came over to check it out; my daughter (in blue) was happy to provide an early tour. 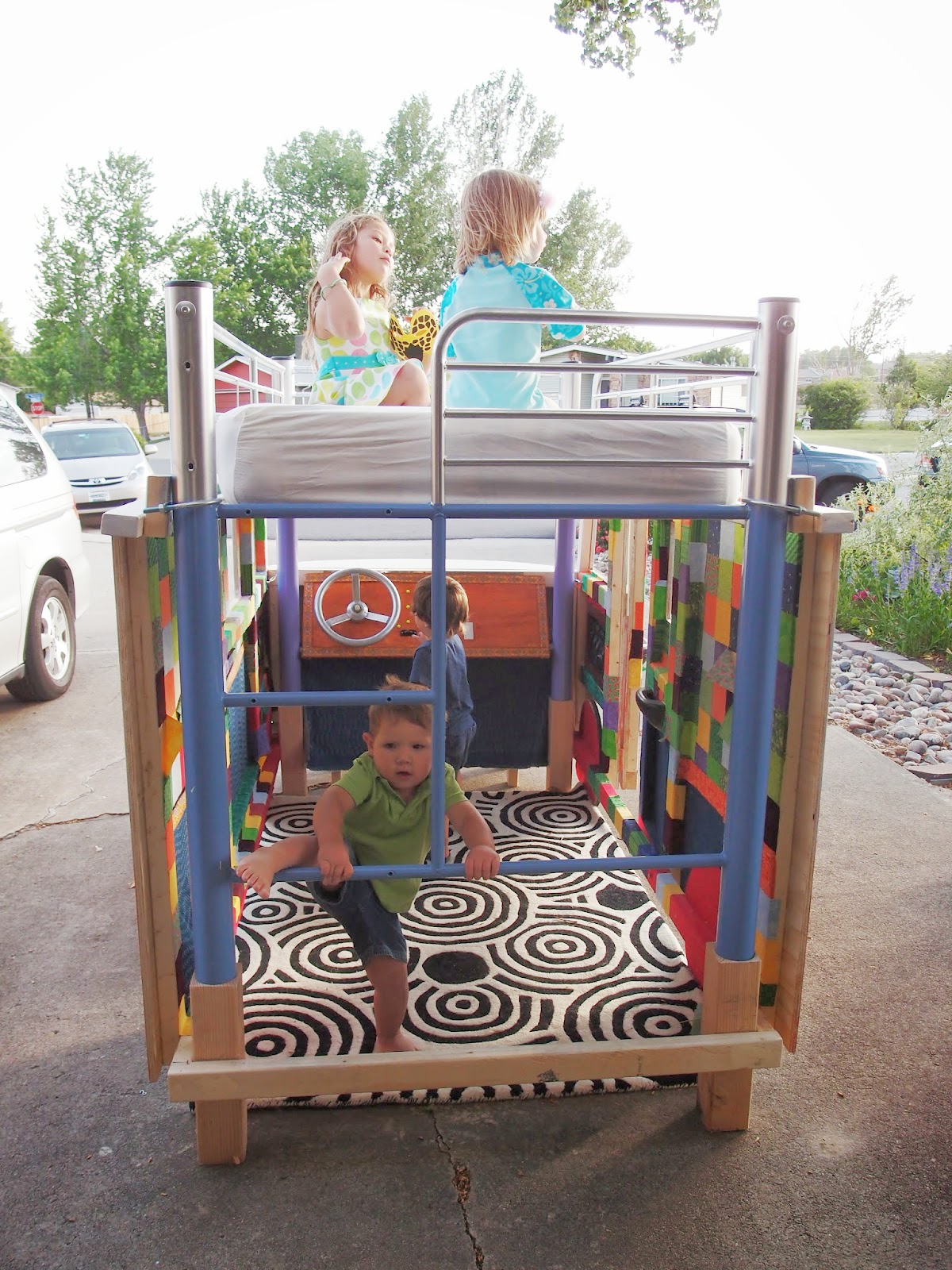 It was a big hit throughout the party itself, too. Kids climbed all over, hung off things, pushed buttons. Remarkably it all held together. 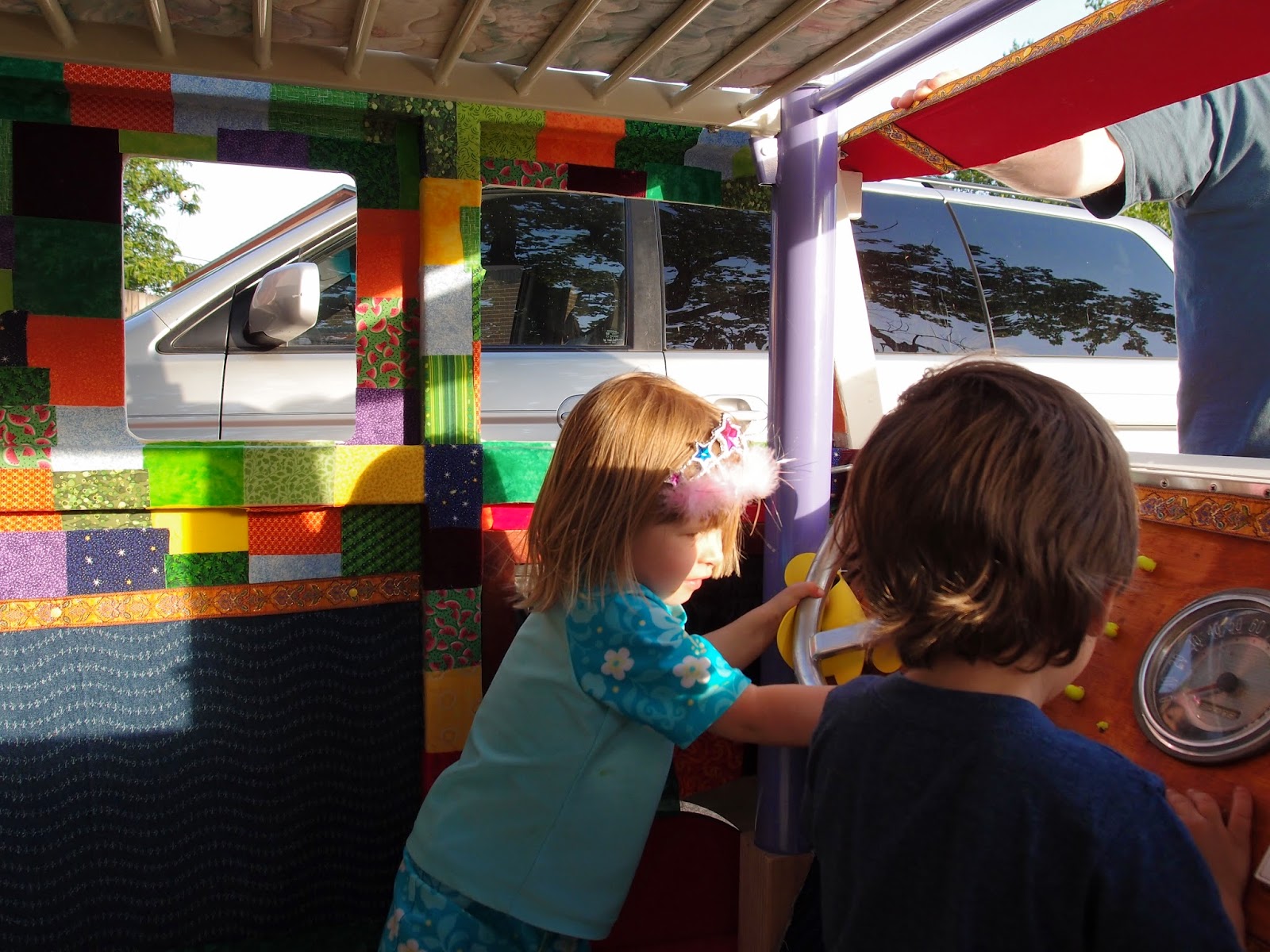 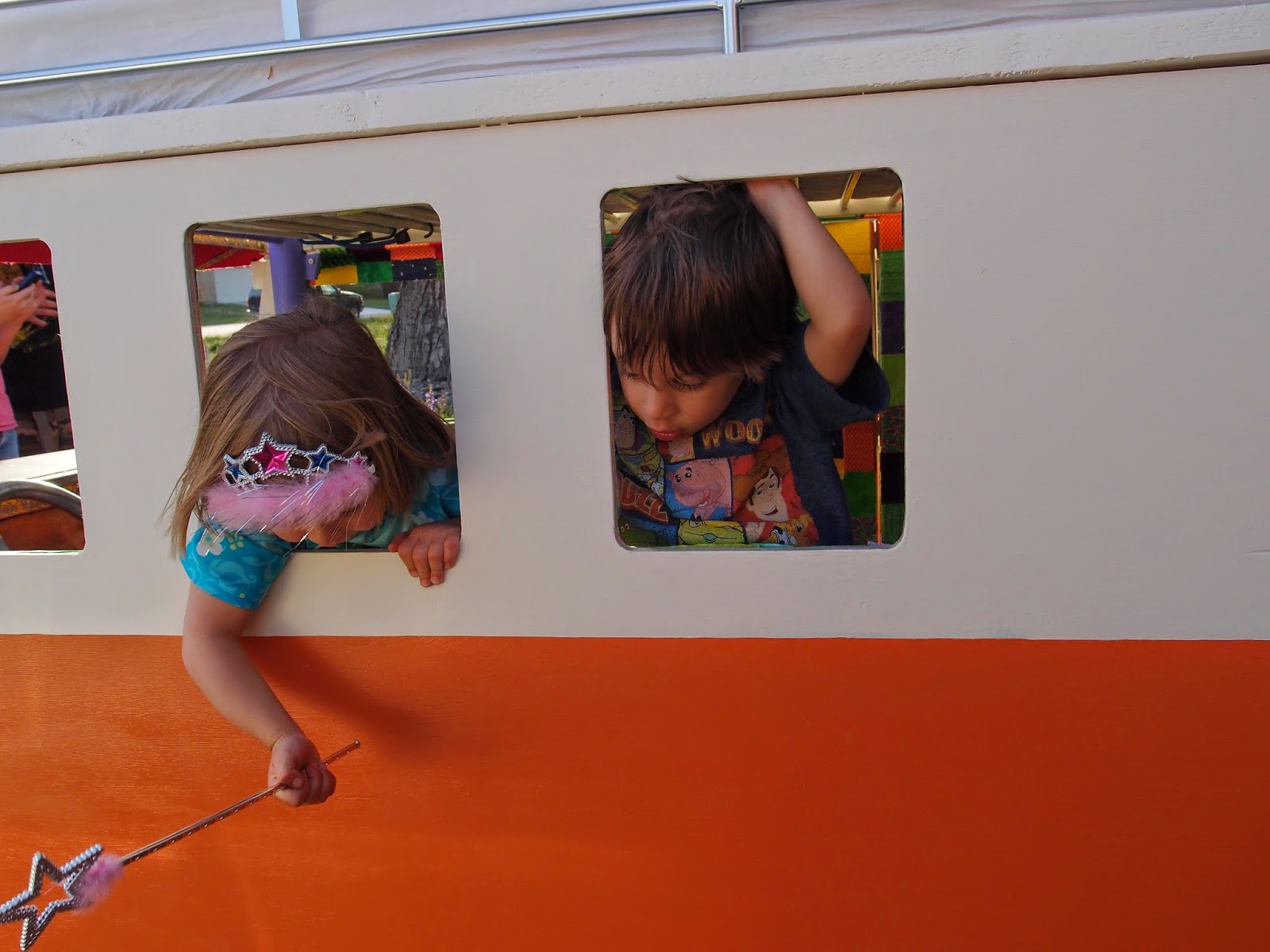 After the party, I disassembled everything again and carted the pieces up to my daughter’s bedroom, where the VW bus bed’s final resting place would put it right by a window. 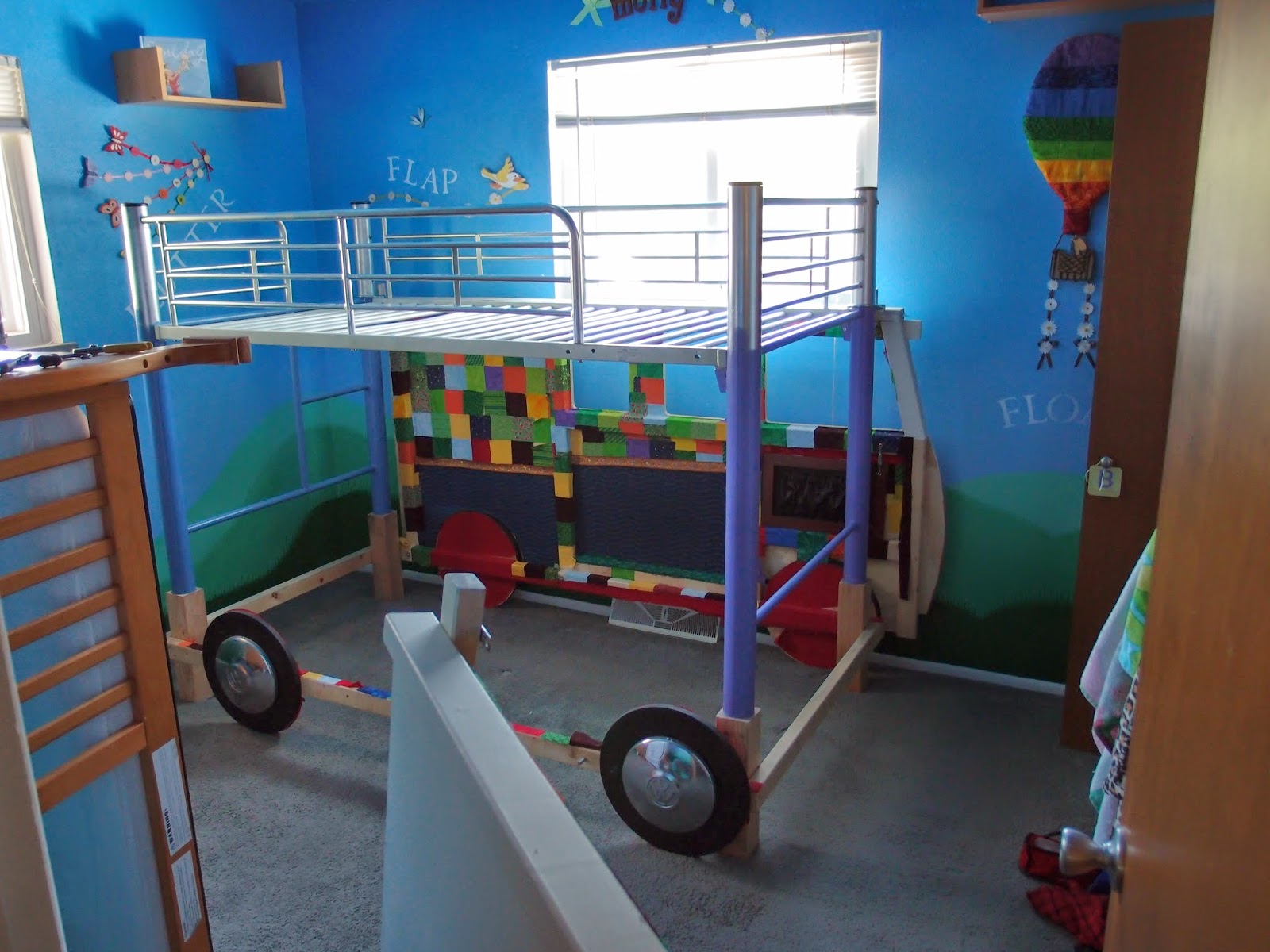 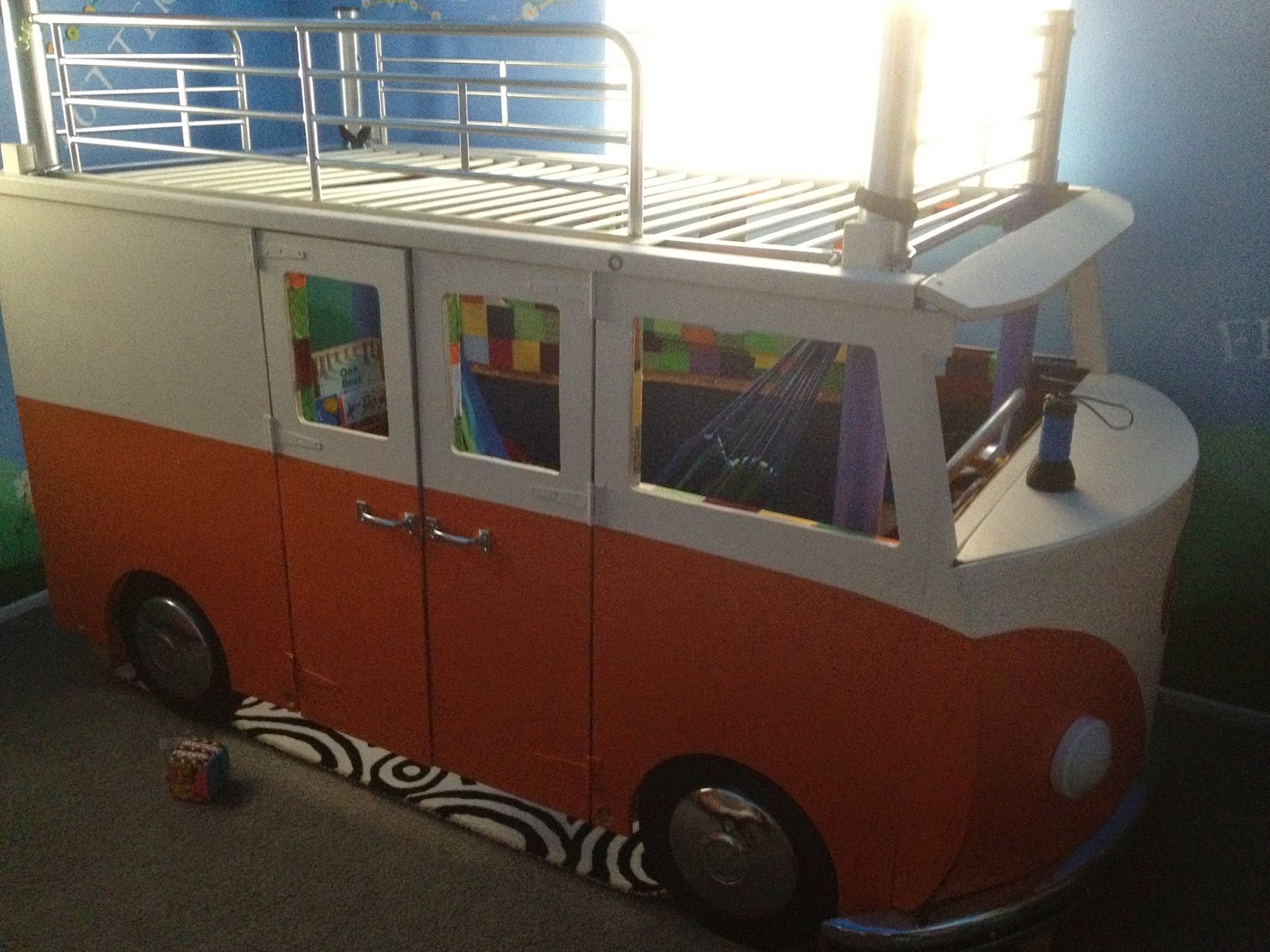 My wife and I decided to keep her bookshelf inside until we needed a second mattress. Once assembled, I added some cup/snack bowl holders I’d picked up at the auto parts place. 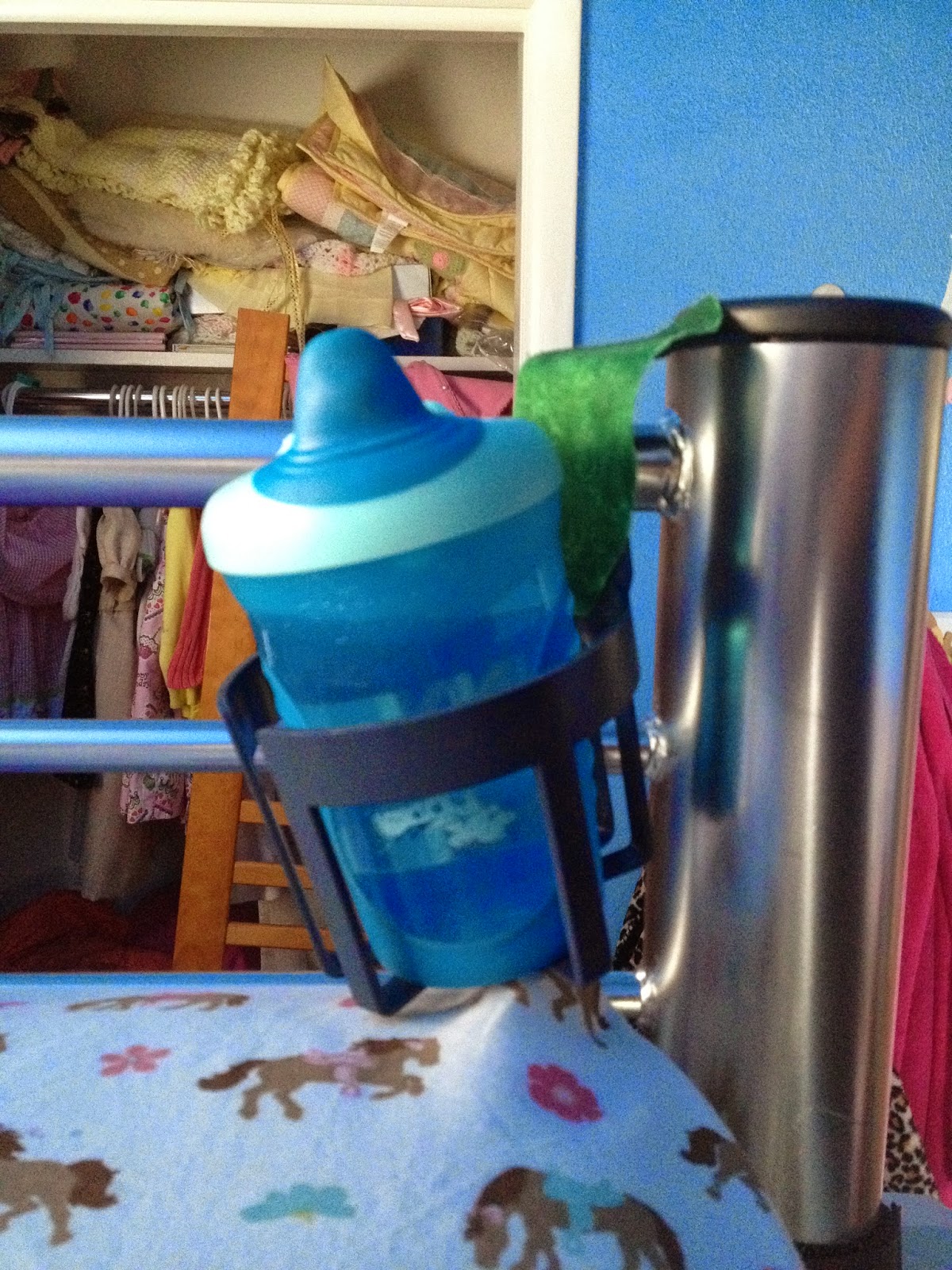 And, finally, I made the bed up top for the first time. 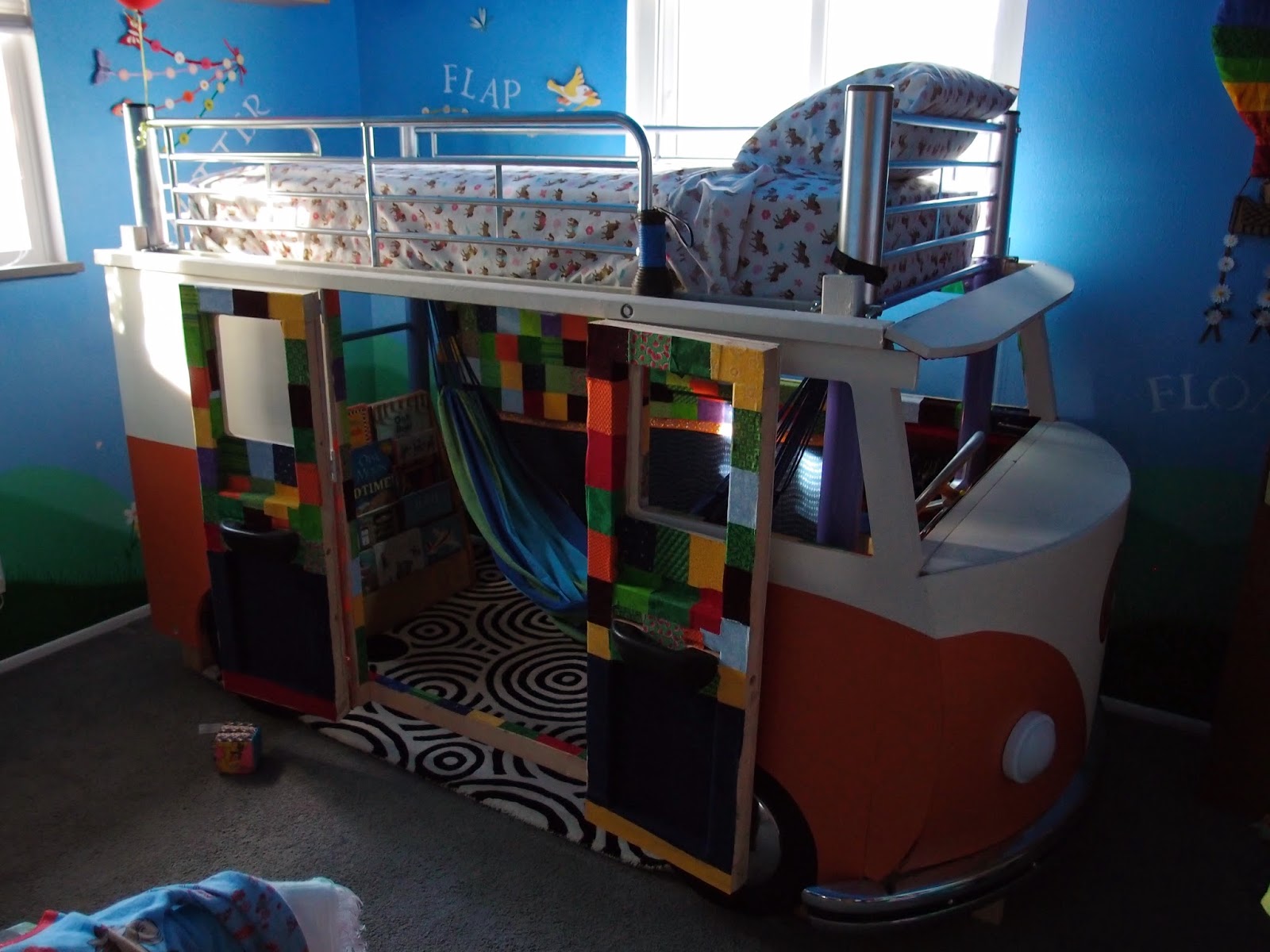 I won’t say she slept in it the first night — she was darned fond of her crib — but she started taking naps in it pretty quickly. 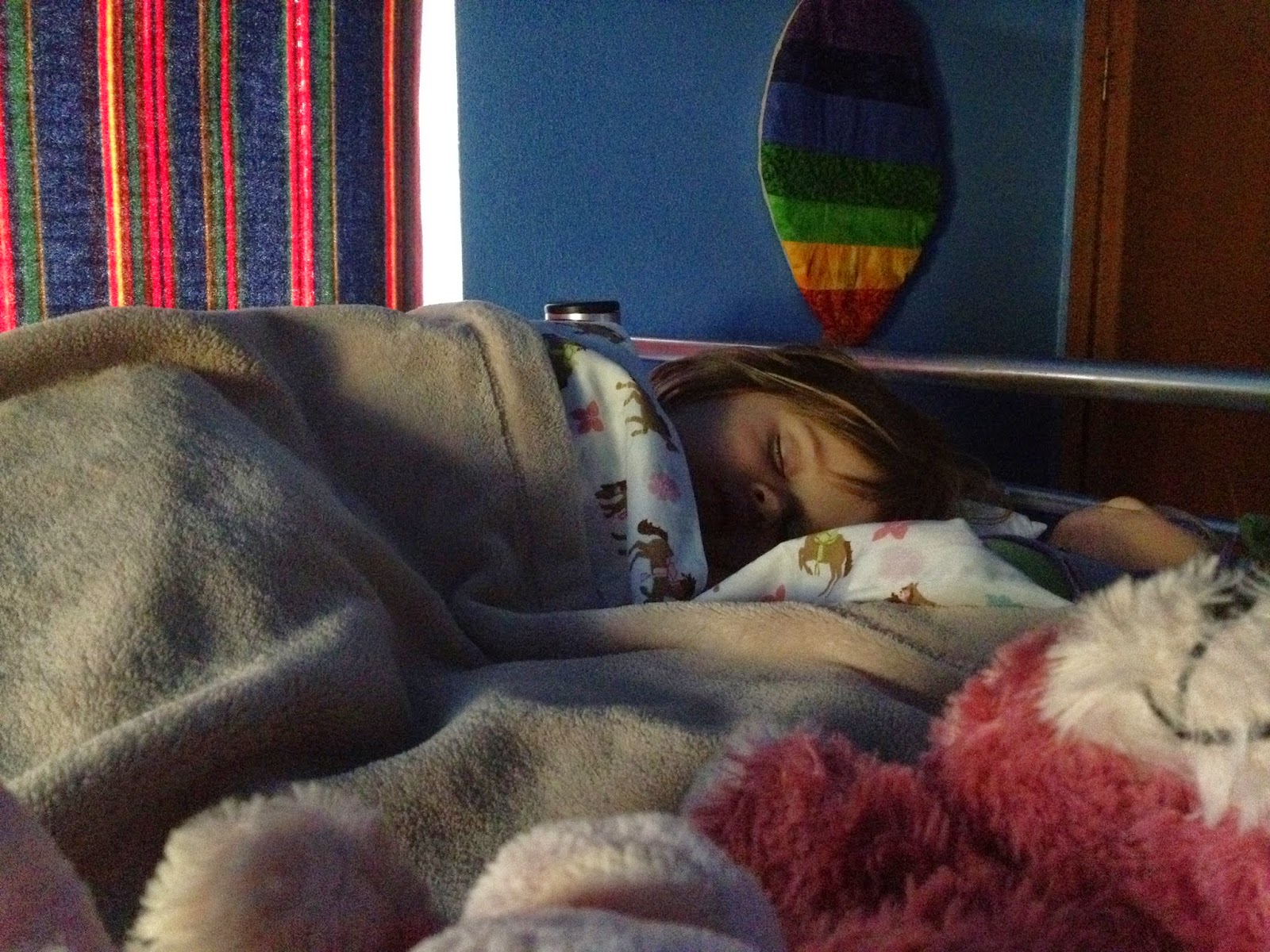 And after a while she slept in the VW bus bed every night. Three years later, she still does. :)

On to: The Treehouse Build or The Solar Stock Tank Swimming Pool
Posted by DIYDad at 5:30 AM